Using the getch() function in C/C++ With Examples 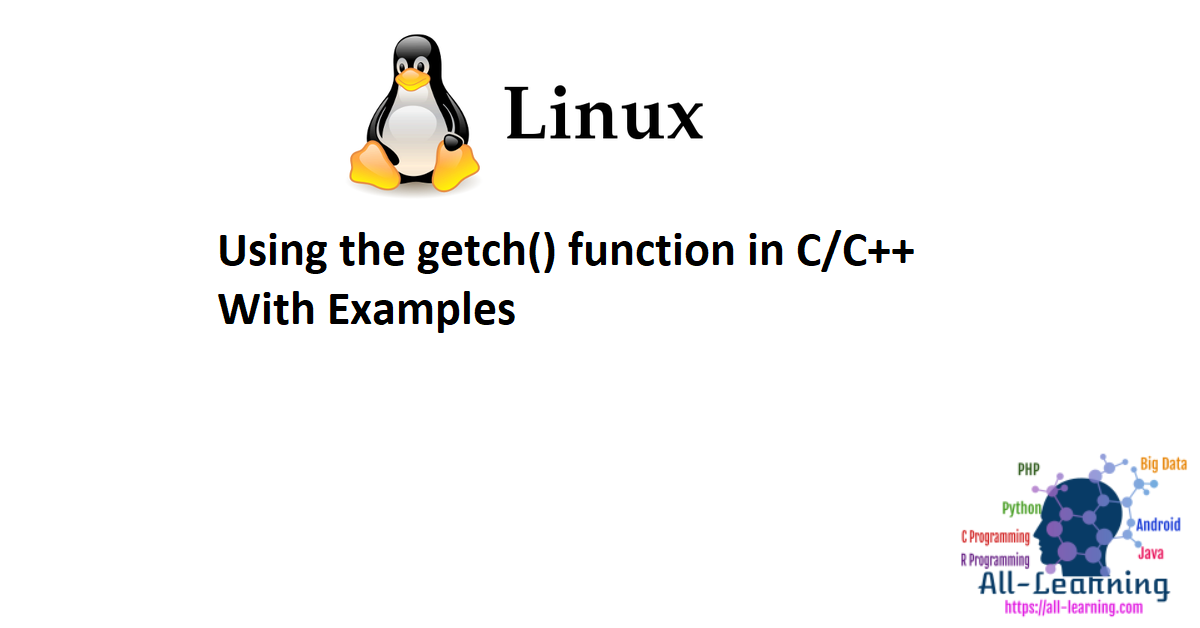 In this article, we’ll take a look at using the getch() function in C/C++.

The getch() function is very useful if you want to read a character input from the keyboard.

While this is not a part of the C standard, this is still a POSIX C function. So, we can still use this function from Windows / Linux / Mac.

Let’s take a look at using this function, using a few examples.

This function takes in a single character from the standard input (stdin), and returns an integer.

This is there as part of the <conio.h> header file, so you must include it in your program.

This function does not take any parameters.

Here, getch() returns the ASCII value of the character read from stdin.

Now, in C / C++, we can directly convert a character to an integer. So on typecasting, the ASCII value 49 will be cast to the char value of ‘0’!

Let’s now look at some examples.

As a simple example, let’s first look at reading a single character.

I got this output, after I typed ‘a’ on my keyboard. Let’s now look at a program, which waits for 5 characters from the keyboard.

Note that getch() will NOT display the input from the keyboard. So, when you type the input, the cursor won’t show the input.

Indeed, when I typed “Hello”, I did get the output correctly.

Notice that I have 6 characters in my output string, since we need to reserve 1 byte for ‘’. So op is “Hello”.

In this article, we learned about using the getch() function in C / C++ to receive character input from the keyboard.

For more content on C and C++, do go through our tutorial section on C programming!

How to Extract a RAR File on Ubuntu With Examples