Understanding variants of Static keyword in C++ With Examples [Latest] 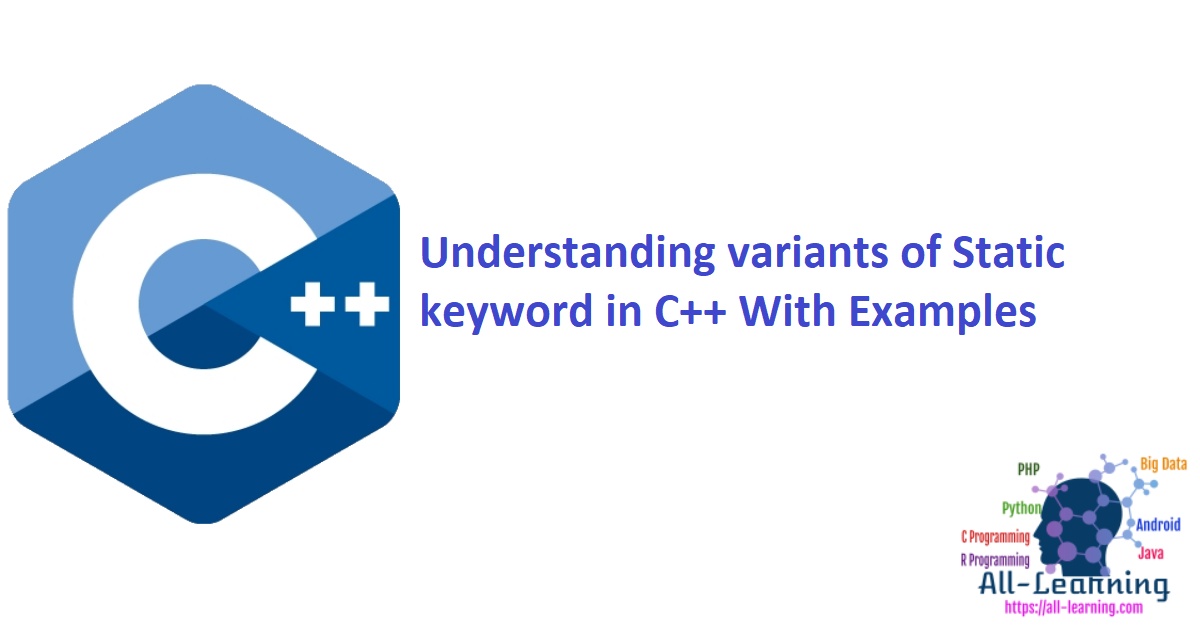 Hello, folks! Today we will be unveiling another important aspect in the series of our C++ tutorials: Variants of static keyword in C++.

What does static keyword actually mean?

The static keyword in C++ makes any variable, object or function a constant one. That means, only one copy of that particular variable or function would be created and will be accessed by all the instances of the class.

Thus, it would help the programmers assist and manage the memory in a better manner because only a single copy of the static variables/functions reside every time an object calls for it.

If any data member or variable in C++ is declared as static, it acts like a class variable. Moreover, only one copy of the variable is available for the class objects to access.

Syntax: Static variable within a Class

In the above example, we have done manipulations on a static and local variable to understand the difference between their functioning.

On the other hand, when we call the count_local() function two times in a loop, the variable will be initialized every time. Thus, the value of local variable remains 1.

Example 2: Static variable in a class

In the above snippet of code, we have used a static variable within a class. We need to initialize the static variable outside the class, else an exception will be raised.

Further, we can access the value of the static variable using the class name. Thus, we no need to create an object for the same.

Thus, in this article, we have understood the working and variants of static keyword in C++.