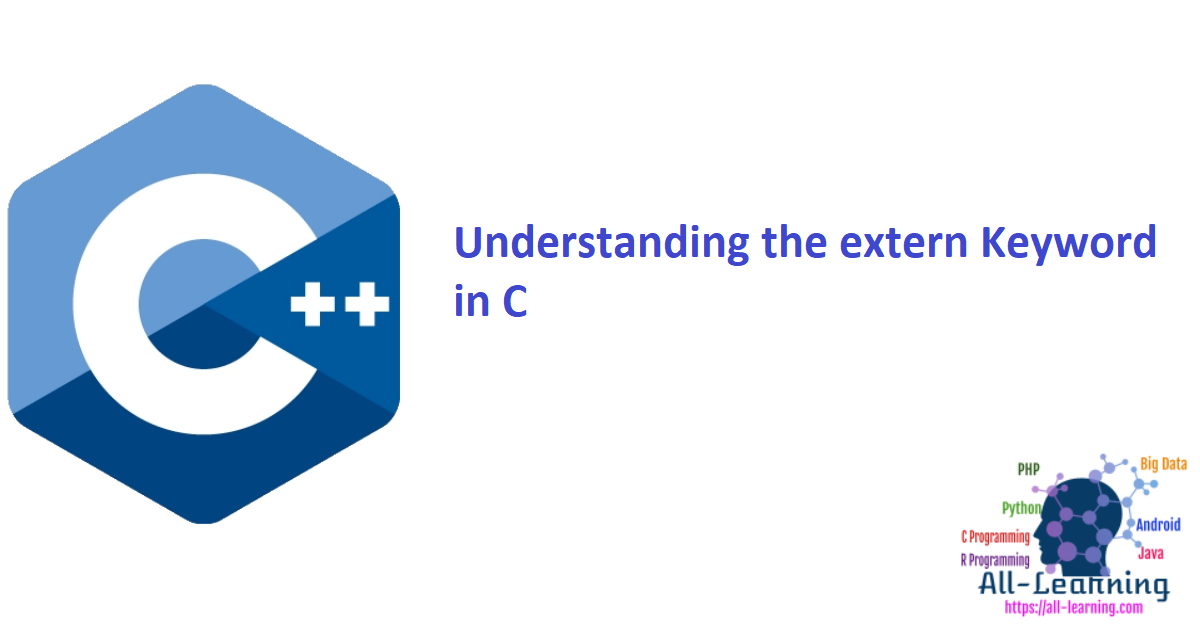 In this article, we’ll take a look at understanding the extern keyword in C.

This is primarily used when you have multiple source files, and you want to share variables among those files.

Let’s take a look at how we can use extern properly, to compile all our files without conflicts.

What does the extern keyword do?

Before we look at extern, let’s look at two types of statements first:

You inform the compiler that these variables exist somewhere already, so it does not allocate memory separately for them. This is a crucial point.

There is another statement for defining a variable, where you explicitly allocate storage for that particular variable.

To define a variable, we typically do something similar to the below snippet.

Now, let’s move on to extern. We can use the extern keyword only when we are declaring a global variable. Let’s make this clear.

This means that you cannot prefix the extern keyword when defining a global variable.

To understand why, let’s look at what extern actually means.

When you’re prefixing a global variable declaration with an extern keyword, this means that you’re telling the compiler that this variable is actually defined in some other file!

This means that the compiler does not need to allocate the same shared variable twice, and this will not cause conflict when working with multiple source files.

Using the extern keyword in C – A complete example

Let’s look at an example to make this clear.

Assume that we have two source files and two header files:

Assume a separate main program called main.c, which is the driver program.

So let’s consider file1.c, which has a global variable called int file1_var defined. So, we intend to share this to file2.c using extern.

I’ll provide sample code for file1.h, which has a simple function prototype for the functions of file1.c, so that other programs can find out which function to invoke, when including the header file file1.h.

Similarly, I will do the same for file2.h and file2.h. But now, since we want a reference to file1_var, we need to use extern, and only declare it.

Now, the two files share a variable file1_var, which also gets updated when any of the addition() functions gets called.

Let’s write the code for the driver program main.c, which calls both functions. So, we must include both header files file1.h and file2.h.

I’ll be using gcc to compile all our files:

This command compiles and links the files main.c, file1.c and file2.c, and creates an executable called main.out.

The output indeed seems to match what we expect. file1_var will get incremented by 100, when addition_1() gets called.

We have successfully used extern to share variables between multiple source files!

NOTE: To understand more about compiling and using multiple source and header files, refer this link. This mentions the best practices to avoid re-declaration errors when linking multiple files, so please read this too.

In this article, we learned how we could use the extern keyword in C++ to share variables across source files. This is essential if you’re working with multiple files and global variables.