Understanding Pointer to Array in C++ With Examples [Latest] 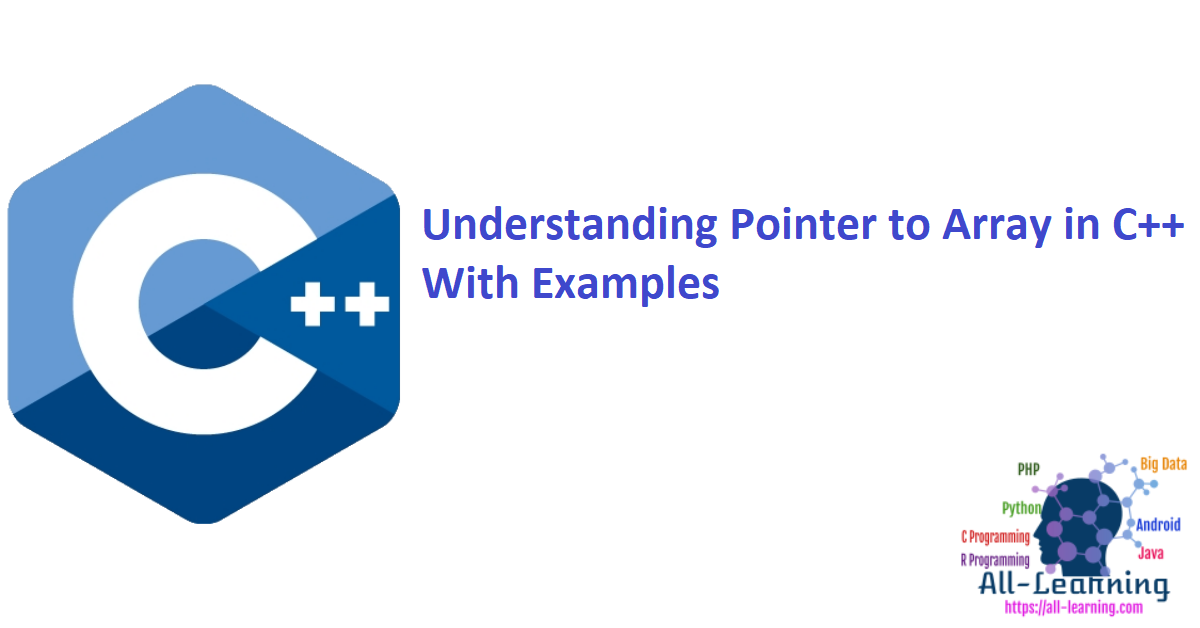 Today in this tutorial, we are going to understand the concept of the Pointer to Array in C++.

Before we head directly to the topic, we first would like to guide the readers through the pointer arithmetics in C++. It is going to help understand the concept in a better way.

Basically, pointers are variables that store the address of any other variable of a specific data type.

Let us go through a simple example to get a clear idea about the pointer arithmetics.

That is why, when the integer pointer x is incremented, it points to an address two locations after the current location since an integer is always 4 bytes long (We checked that using the sizeof() function above).

Similarly, y points to an address 4 locations after the current location. This is a very important result and can be effectively used while passing the entire array to a function.

Note: Do not attempt the following operations on pointers, they would never work,

Pointers And Arrays in C++

In the code above,

Let us see how we can pass a whole array to a function with the help of pointers as an example, to get a clear understanding of the topic.

Similar to the previous example, here we initialize an array inside the main() and pass the base address arr and the array size as parameters to the show() function we defined before.

After the call of the show() function, at this point, the pointer ptr stores the base address of the array(arr) and n is the size. Further, we use a for loop to print the whole array using the concept of a pointer to array.

So, in this tutorial, we learned the working as well as the use of the Pointers to Arrays in C++. Practicing the above codes/examples would help understand the topic further.

For any questions, feel free to use the comments below.