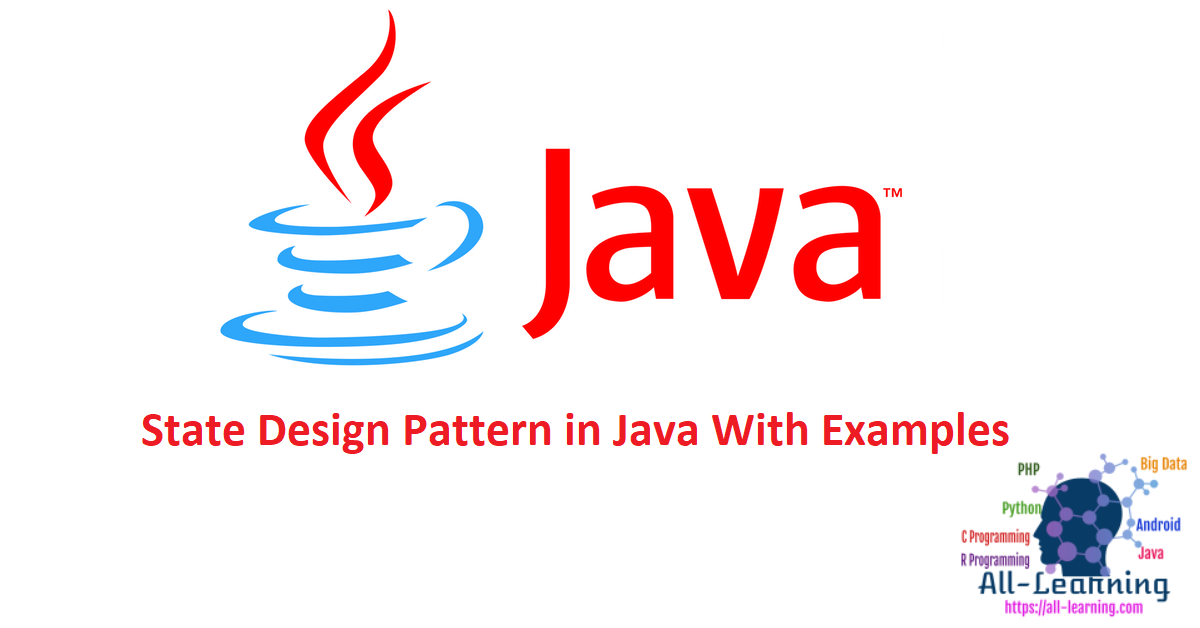 If we have to change the behavior of an object based on its state, we can have a state variable in the Object. Then use if-else condition block to perform different actions based on the state. State design pattern is used to provide a systematic and loosely coupled way to achieve this through Context and State implementations.

State Pattern Context is the class that has a State reference to one of the concrete implementations of the State. Context forwards the request to the state object for processing. Let’s understand this with a simple example.

Suppose we want to implement a TV Remote with a simple button to perform action. If the State is ON, it will turn on the TV and if state is OFF, it will turn off the TV.

We can implement it using if-else condition like below;

Notice that client code should know the specific values to use for setting the state of remote. Further more if number of states increase then the tight coupling between implementation and the client code will be very hard to maintain and extend.

Now we will use State pattern to implement above TV Remote example.

First of all we will create State interface that will define the method that should be implemented by different concrete states and context class.

In our example, we can have two states – one for turning TV on and another to turn it off. So we will create two concrete state implementations for these behaviors.

Now we are ready to implement our Context object that will change its behavior based on its internal state.

Notice that Context also implements State and keep a reference of its current state and forwards the request to the state implementation.

Output of above program is same as the basic implementation of TV Remote without using state pattern.

Thats all for State design pattern in java, I hope you liked it.