SQL Where Clause With Examples [Latest] 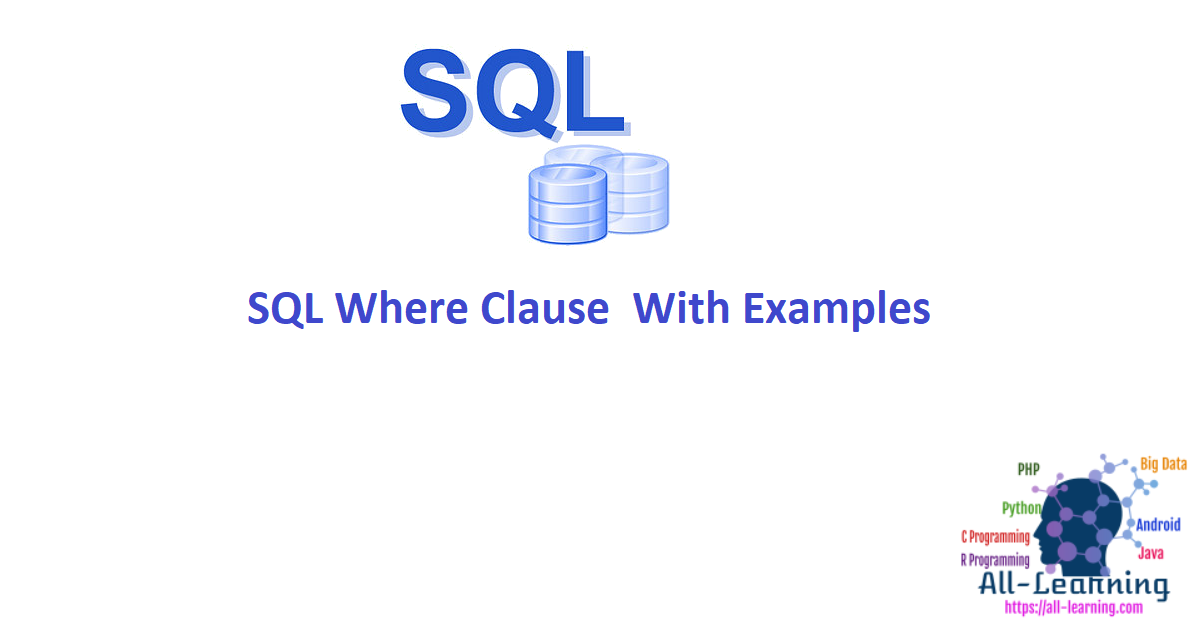 When we have to UPDATE, DELETE or SELECT a particular set of data we use SQL WHERE clause. The WHERE clause is an integral part of SQL as it provides the feature to add conditions to a query.

SQL where clause is one of the most widely used SQL keyword because it’s part of most of the queries. Let’s see the general syntax of where clause in sql query.

In the syntax above the column data is retrieved based on the condition that is specified as part of WHERE condition.

Similarly we can use it with Update and Delete query as follows:

Let’s try to understand the SQL WHERE command through some example. We have a sample table with below structure and data.

Now we want to select all the customer names who are Female. Below is the SQL query with where clause to get this data.

Since where clause is to add conditions to the query, there are many operators that we can use with it. Let’s look into commonly used operators with sql query where clause.

That’s all for SQL where clause. Where clause in SQL query is used a lot, so you should understand it properly.

The unique() function in R programming With Examples [Latest]