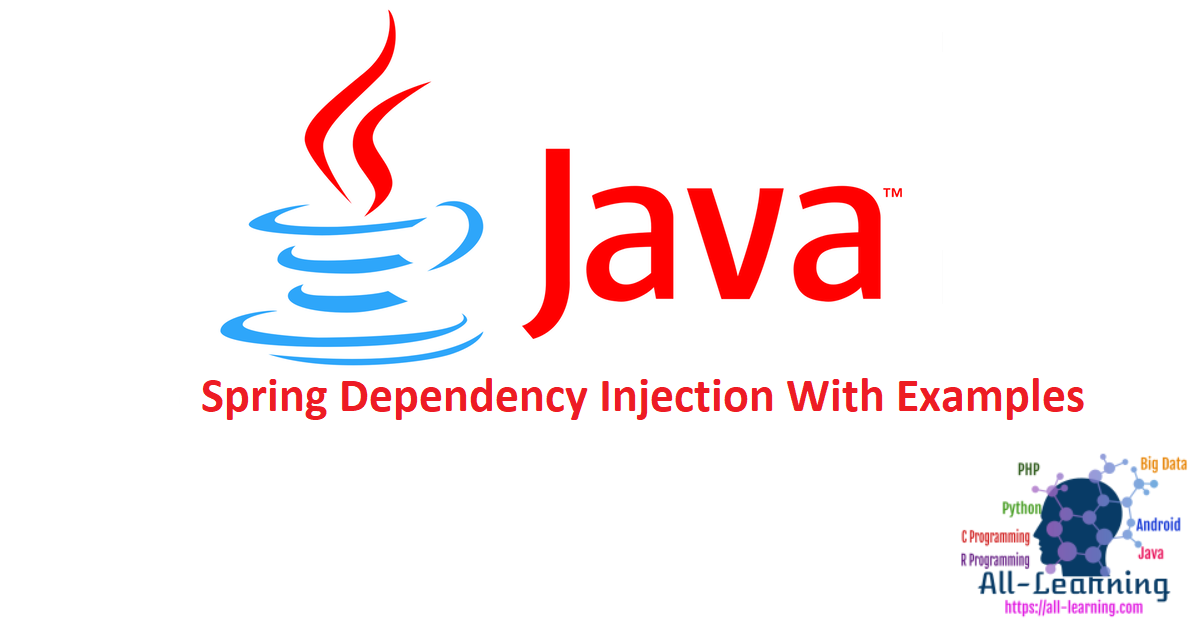 This tutorial is aimed to provide details about Spring Dependency Injection example with both annotation based configuration and XML file based configuration. I will also provide JUnit test case example for the application, since easy testability is one of the major benefits of dependency injection.

I have created spring-dependency-injection maven project whose structure looks like below image. 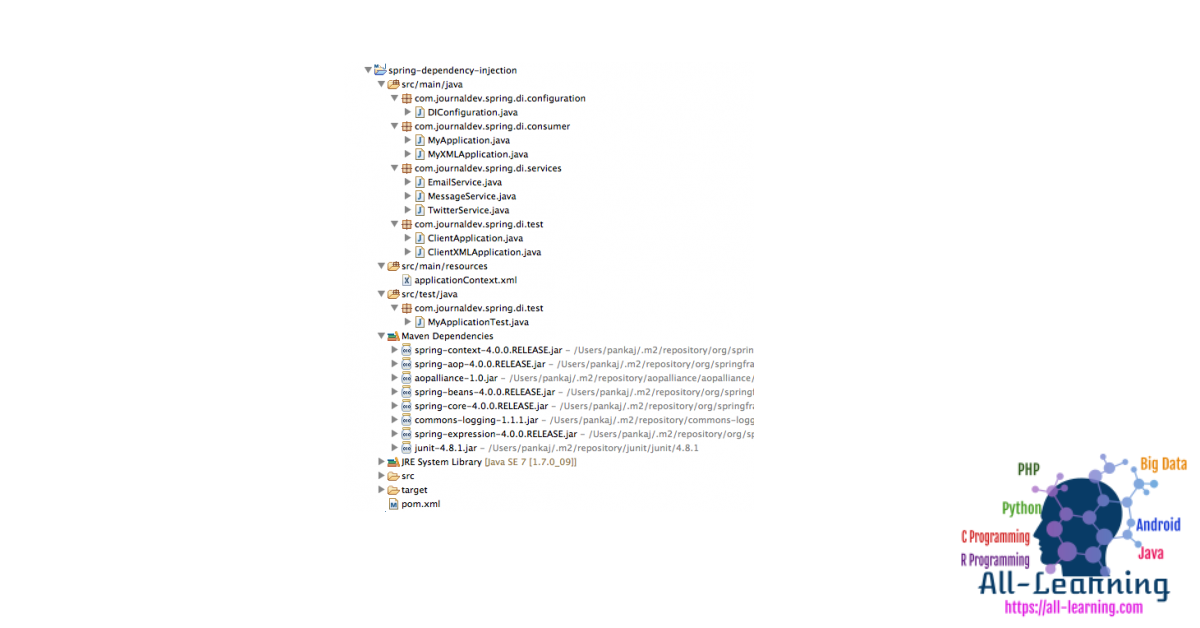 Let’s look at each of the components one by one.

I have added Spring and JUnit maven dependencies in pom.xml file, final pom.xml code is below.

Current stable version of Spring Framework is 4.0.0.RELEASE and JUnit current version is 4.8.1, if you are using any other versions then there might be a small chance that the project will need some change. If you will build the project, you will notice some other jars are also added to maven dependencies because of transitive dependencies, just like above image.

Let’s say we want to send email message and twitter message to the users. For dependency injection, we need to have a base class for the services. So I have MessageService interface with single method declaration for sending message.

Now we will have actual implementation classes to send email and twitter message.

Now that our services are ready, we can move on to Component classes that will consume the service.

For annotation based configuration, we need to write a Configurator class that will be used to inject the actual implementation bean to the component property.

Some important points related to above class are:

getBean(Class) method returns the Component object and uses the configuration for autowiring the objects. Context objects are resource intensive, so we should close them when we are done with it. When we run above program, we get below output.

We will create Spring configuration file with below data, file name can be anything.

The configuration XML file is placed in the source directory, so it will be in the classes directory after build.

Let’s see how to use XML based configuration with a simple program.

Rest of the code is similar to annotation based configuration test program, the only difference is the way we get the ApplicationContext object based on our configuration choice.

When we run above program, we get following output.

Since I am testing MyApplication class that is configured with annotation, I am using AnnotationConfigApplicationContext and creating it’s object in the setUp() method. The context is getting closed in tearDown() method. test() method code is just getting the component object from context and testing it.

Do you wonder how Spring Framework does the autowiring and calling the methods that are unknown to Spring Framework. It’s done with the heavy use of Java Reflection that we can use to analyze and modify the behaviors of the classes at runtime.

Download the sample Spring Dependency Injection (DI) project from above URL and play around with it to learn more.