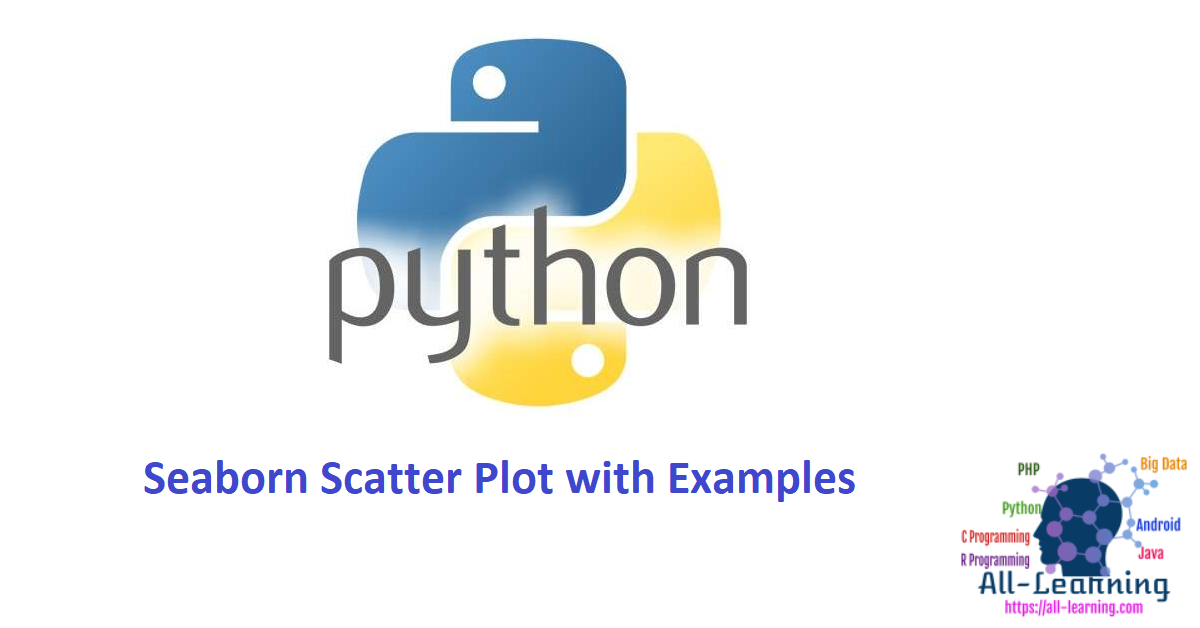 Hey, folks! In the series of Data Visualization with Seaborn, will be focusing on Seaborn Scatter Plots for data visualization.

What is a Scatter Plot?

Scatter Plot represents the relationship between two continuous values, respectively. It depicts how one data variable gets affected by the other data variable in every fraction of the value of the data set.

So, now let us start with plotting Scatter Plots using the Seaborn Library.

We will be using the below data set through out the article for data input. 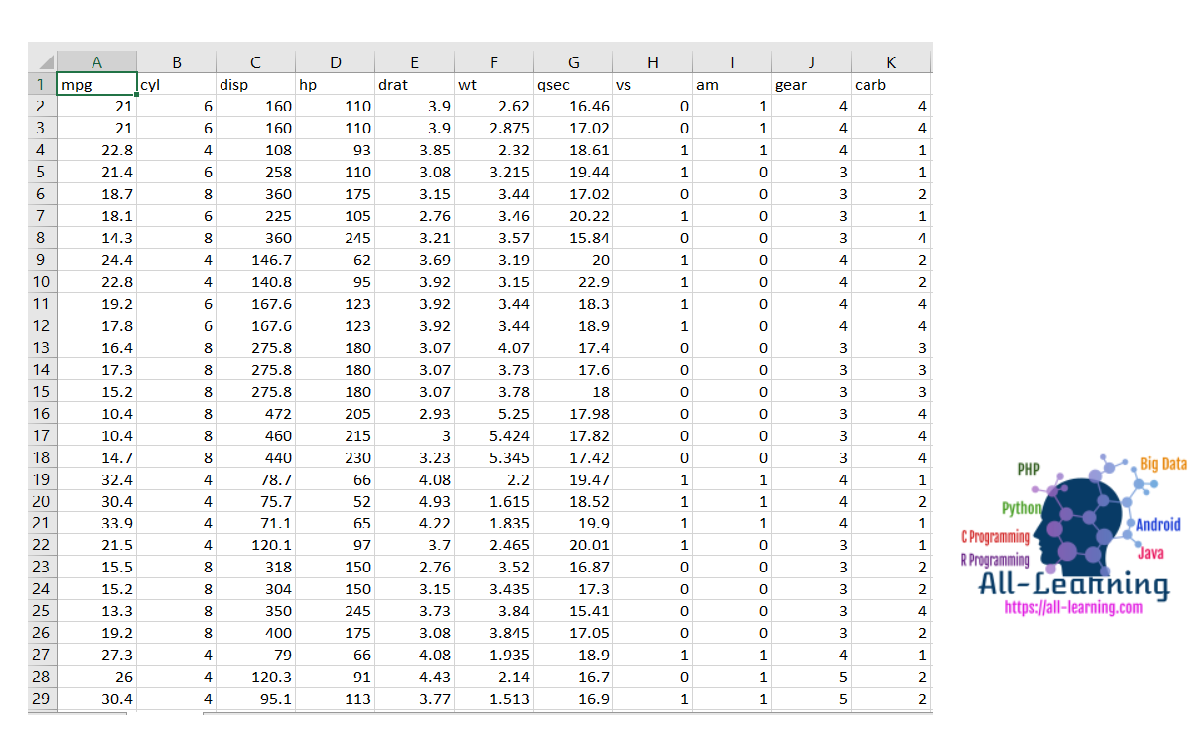 Getting started with Seaborn Scatter Plot

Before moving ahead with the plotting, we need to install the Seaborn Library using the below command:

After having installed the library, we need to import the library into the Python environment to load the functions and plot the data to visualize it using the below command:

The seaborn.scatterplot() function is used to plot the data and depict the relationship between the values using the scatter visualization.

In the above example, we have plotted the relationship between the ‘Year’ and ‘Profit’ using the scatter plot. Moreover, we have used the pyplot.show() function to present the data in a proper plot format. In the above example, we have represented the relationship between two data columns of a data set passed to the function as a parameter. 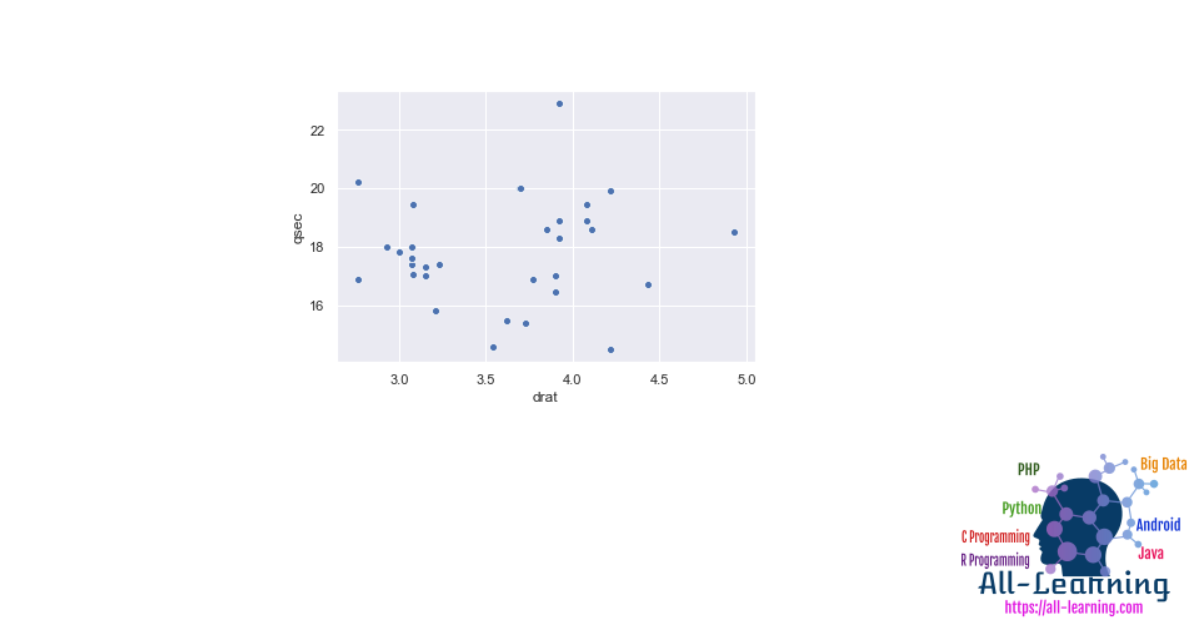 In the upcoming section, will be having a look at the below ways through which we can depict the multivariable relatiopnship–

The hue parameter can be used to group the multiple data variables and show dependency between them in terms of different colors of the markers used to plot the data values.

Using style as a parameter, we can depict the relationship between multiple data variables and their dependency using different types of scatter icons used to depict the data values.

In the above example, the different pattern of plots like ‘o‘ and ‘x‘ helps depict the dependency between x, y-axis variables keeping ‘am’ variable as a reference.

The size parameter produces the plot in such a manner that the dependency and relationship between the multiple plots is depicted using scatter patterns of different sizes.

As seen clearly, the scatter markers of different size help depict the relationship between the data values passed to it as parameter, as a reference. 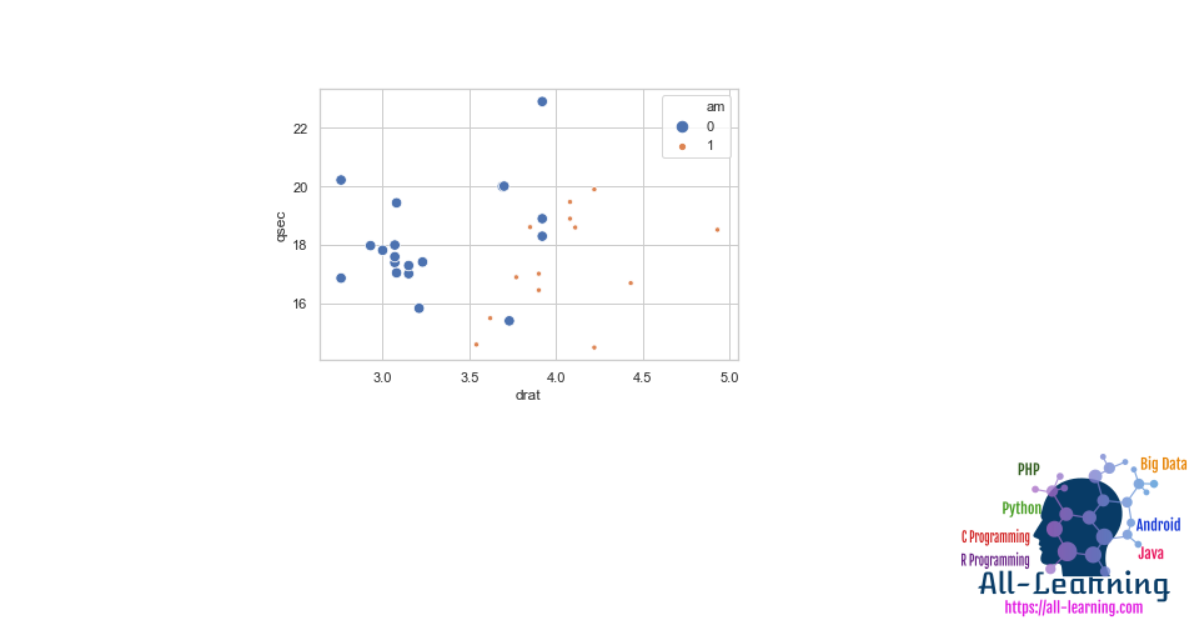 We can visualize the data in a better manner using Seaborn palette. The inclusion of palette parameter helps us represent the data with different Seaborn colormap values.

In the above example, we have made use of the palette ‘Spectral‘ to visualize the data. 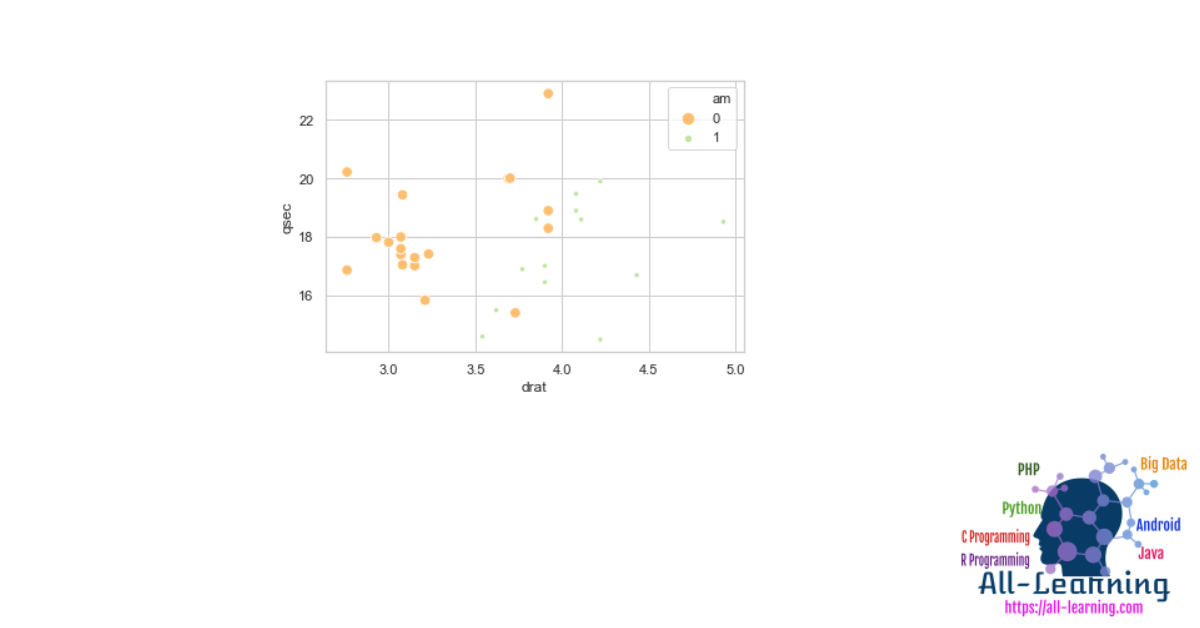 The markers are the scatter patterns that are used to represent the data values. Using markers can help add value to the plot in terms of graphics and visualization.

Seaborn Scatter Plot at a Glance!

Thus, in this article, we have understood the actual meaning of scatter plot i.e. depicting the dependency between the data variables. Moreover, we can make use of various parameters such as ‘hue‘, ‘palette‘, ‘style‘, ‘size‘ and ‘markers‘ to enhance the plot and avail a much better pictorial representation of the plot.

Important Note: The Seaborn library and its functions are completely build upon the Matplotlib library. Thus, I recommended you to go through the Python Matplotlib tutorial.

Thus, we have understood and implemented Seaborn Scatter Plots in Python.

I strongly recommend you to go through the Seaborn tutorial to have a better understanding about the topic.

How to Calculate Precision? – Classification Error Metric With Examples [Latest]