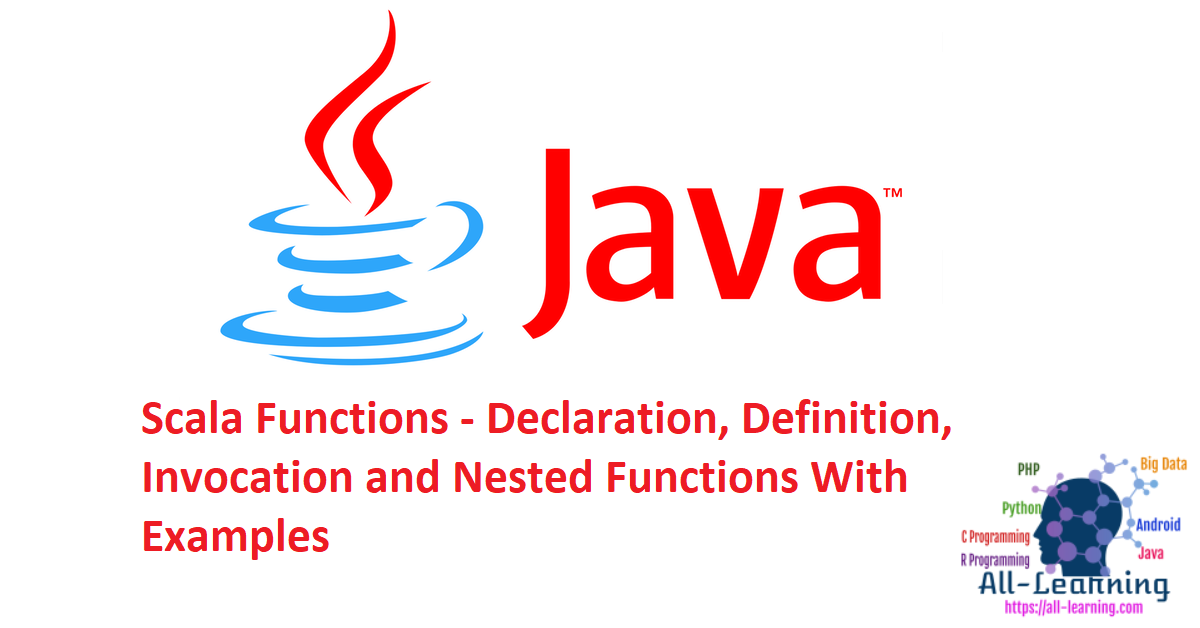 The function in Scala is a complete object which can be assigned to a variable whereas a method in Scala is a part of class having name, signature, bytecode and annotations. Function name can have characters like ++,+,-,– etc.

A function can be defined inside a function known as nested functions which is supported in Scala unlike in Java.

The syntax for declaring a function is;

def is the keyword to define a function, functionName is the name of the function, list of parameters are the variables separated by comma and return type is the datatype of the return value. function body contains the logic and return keyword can be used along with an expression in case function returns value.

multiply is the name of the function with two variables a and b. We declare another variable c of integer data type, store the result of a*b in this variable and return the computed variable c. 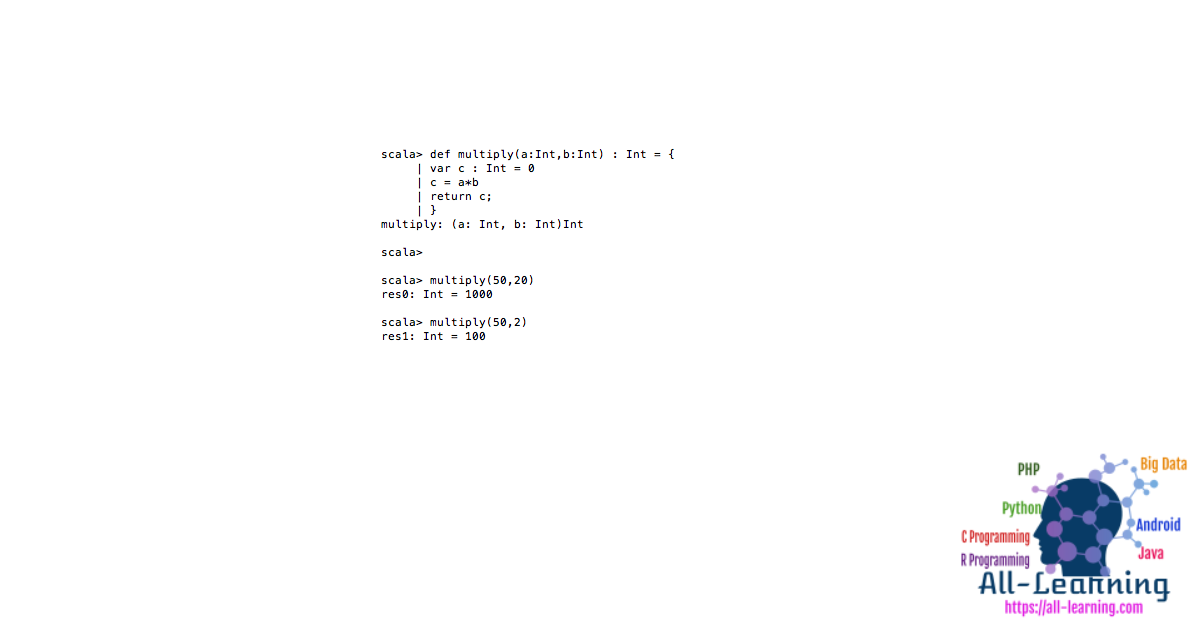 Here we are just printing hello world so the return data type is Unit.

Run the program by typing hello and you will get output as Hello, World!. 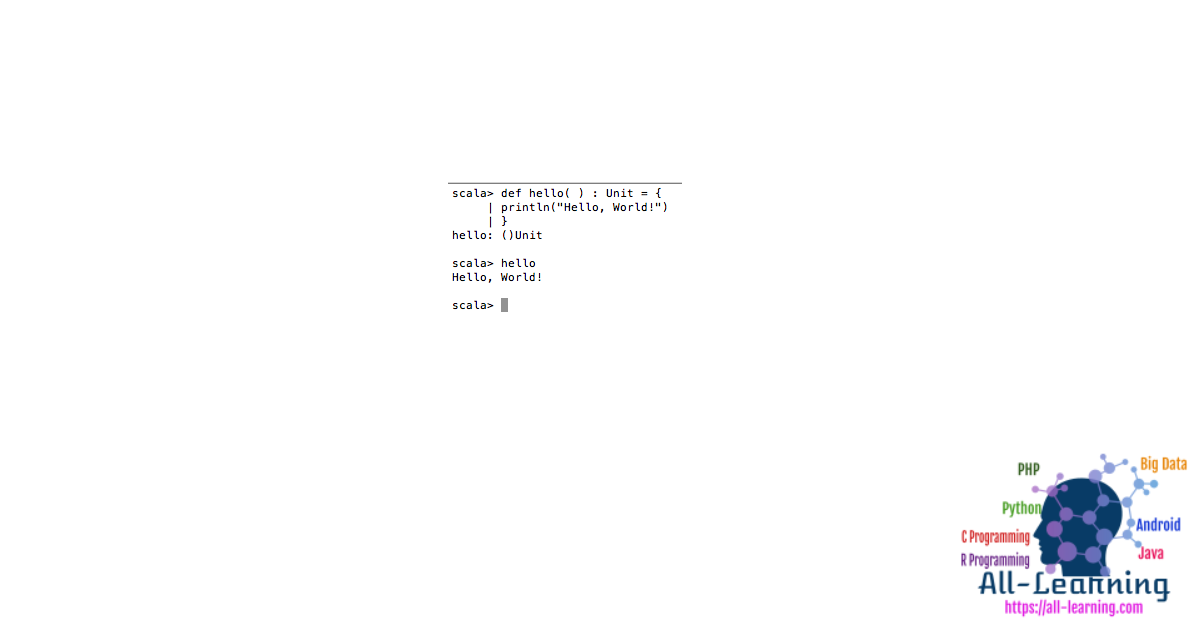 Let us see a complete example of a function by combining the declaration and definition and test the function by creating the object.

Run the above function code by typing mult.main(null) and see the result as below.

Multiplication result of two numbers is : 420

The way of calling a function in Scala is;

We can also create an instance and invoke the function as;

Consider an example of calling a function;

We are creating an object multest and defining a method multiply which accepts two variables a and b of integer data type and then perform the multiplication of a and b variables storing the result of the operation in variable c. We are writing a method main and calling the function multiply(12,14) along with the parameters.

Run the above code by typing multest.main(null) in the scala shell and see the following output;

Now let us see an example how to invoke a function by creating an instance.

Create an object multest and call the method multiply creating instance of Multiplication class as;

mul is the instance of the Multiplication class and the method is called as mul.multiply(15,16)

Run the code in the shell by typing multest.main(null) which produces the below output. 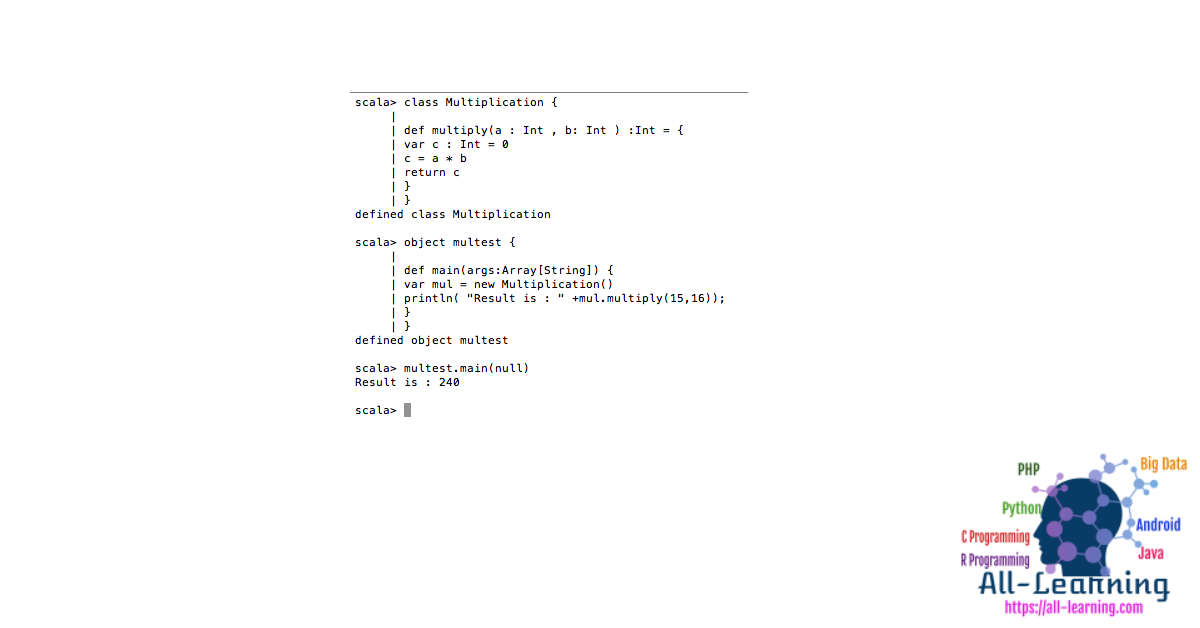 A function defined inside another function is called Nested function. Scala differs from Java in this feature as nested functions are not supported in Java.

Consider an example of nested function.

Nested functions are not required to be of same name, they can have different name too.

That’s all for functions in Scala programming language, we will look into more Scala core features in coming articles.