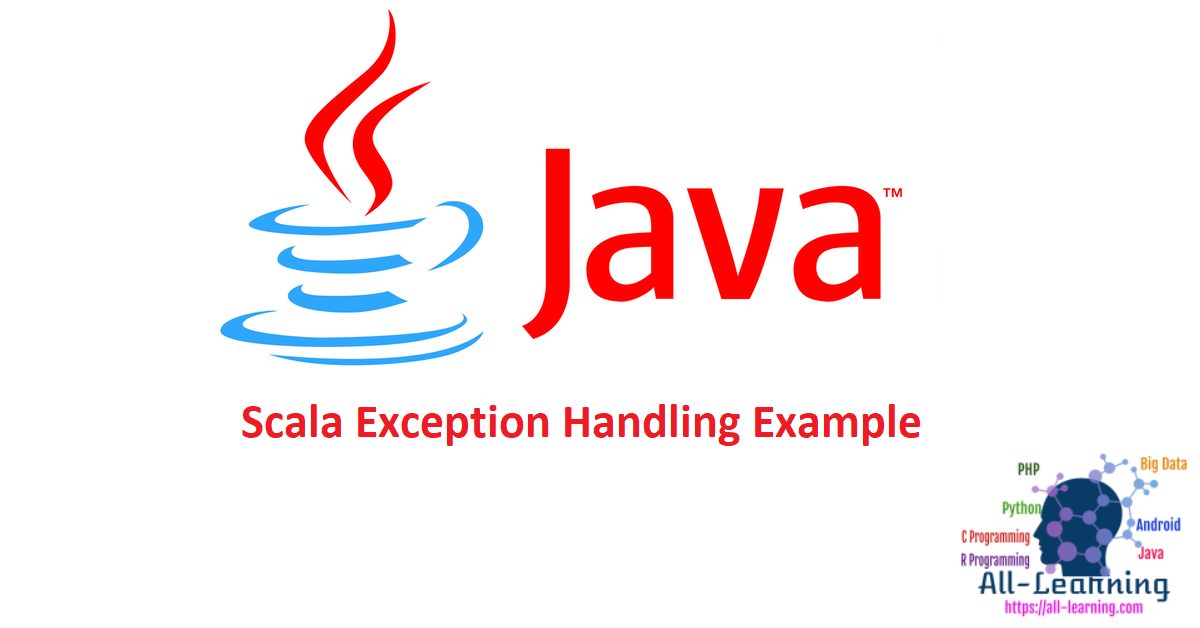 Simply create an exception object and then you throw it with the throw keyword, for example; 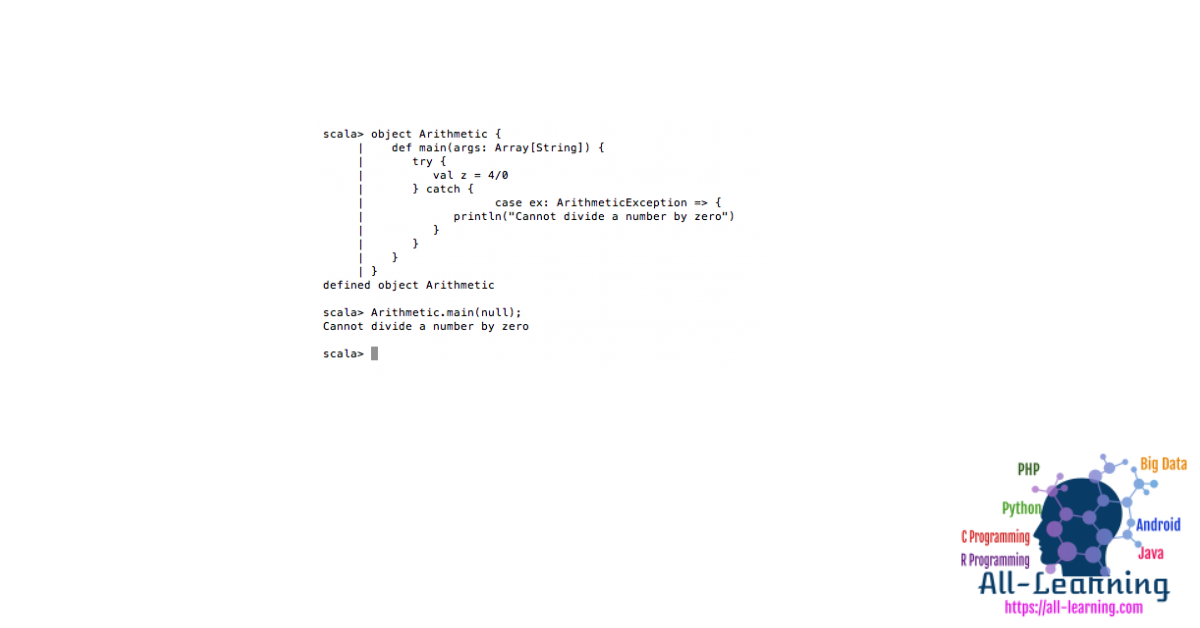 finally clause executes the code irrespective of whether the expression/program prematurely terminates or successfully executes.

Save the code in Arithmetic.scala file and run as shown in below image. 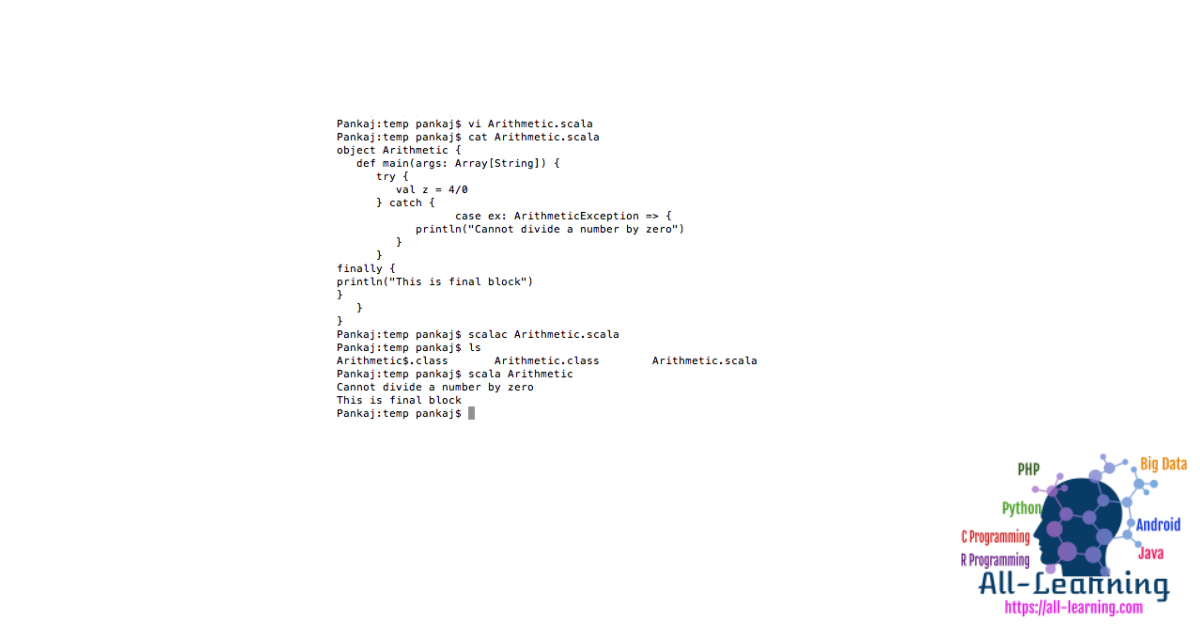 That’s all for now, it’s very similar to java programming exception handling. We will look into Scala collections in next post.