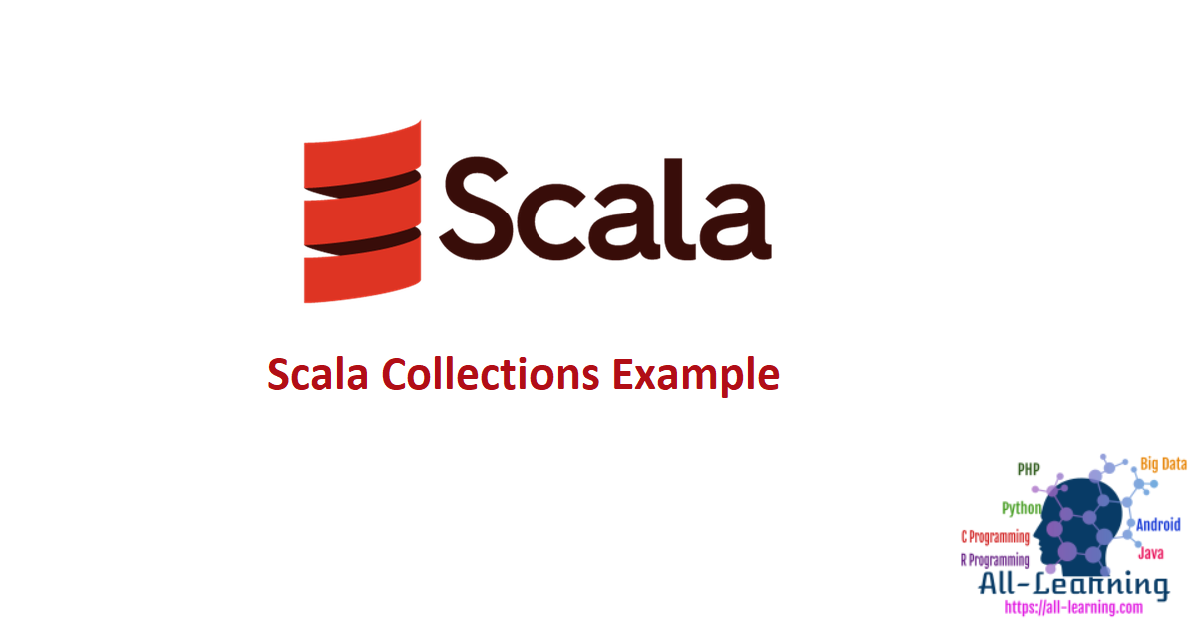 Scala Collections are the containers that hold sequenced linear set of items like List, Set, Tuple, Option, Map etc. Collections may be strict or lazy. The memory is not allocated until they are accessed. Collections can be mutable or immutable.

In this article, let us understand List and Set.

The elements of the list have same data type. Lists are similar to arrays with two differences that is Lists are immutable and list represents a linked list whereas arrays are flat.

List is represented as List[T] where T is the data-type of the elements.

The basic operations include;

tail: returns all the elements except the first element in the list.

Consider an example for these operations;

We are creating student object with two lists – names and age. We are invoking the head, tail and empty method on the array names and age.

Run the output by typing Student.main(null) and you will see below output.

You can also save the above code in Student.scala file and run as 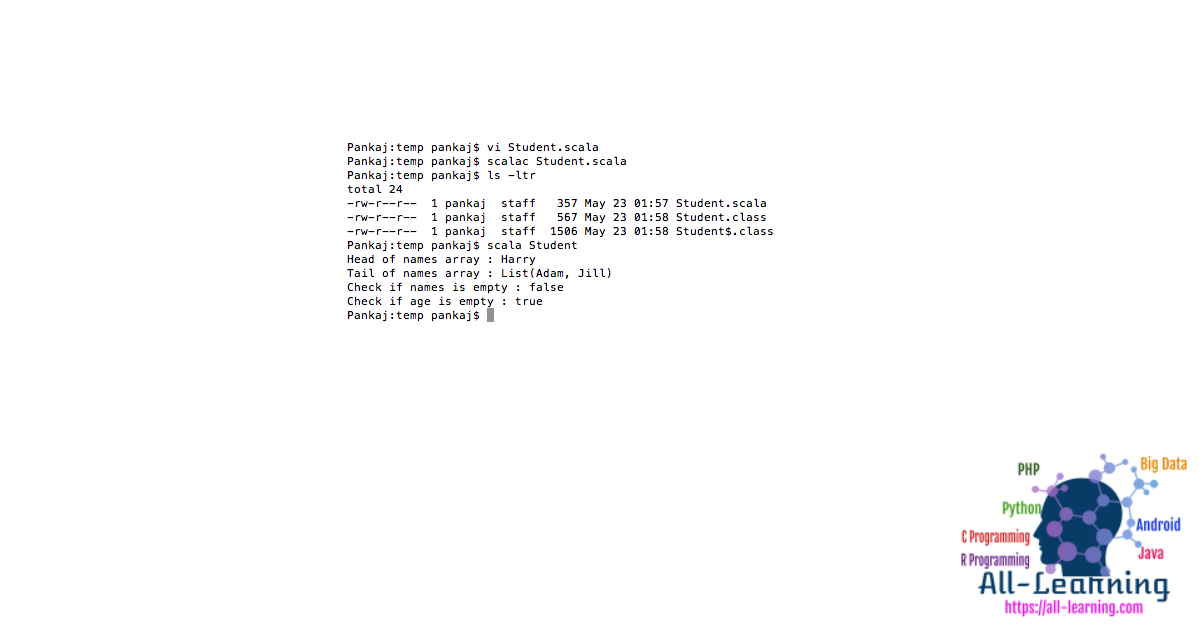 To concatenate lists we use ::: or List.:::() or concat method to join two or more lists.

Consider an example of how to concatenate the lists

Finally we use concat method to concatenate country_1 and country_2 into the list “con”.

Run the above code by typing Country.main(null) and you will see below output.

Here we are using reverse method to reverse the elements of the country list.

Run the code by typing Country.main(null) and you will see below output.

The List.fill() method creates zero or more copies of the same element.

Here we are using fill method and creating the name list with same name “Rehan” for six elements . The id list created with the same id 12 for all the six elements.

Some of the other methods supported by List are;

def indexOf(elem: X, from: Int): Int → Finds index of first occurrence of some value in the list after or at some start index.

def length: Int → Returns the length of the list.

def sorted[Y >: X]: List[X] → Sorts the list according to an Ordering.

def sum: A → Sums up the elements of this collection.

def toString(): String → Converts the list to a string.

def lastIndexOf(elem: A, end: Int): Int → Finds index of last occurrence of some value in the list before or at a given end index.

Set is a collection of unique elements of the same type. Unlike list Set does not contain duplicate elements. Sets can be mutable or immutable. When the object is immutable the object itself cannot be changed.

Set of Integer data type can be created as

Empty Set can be created as;

Basic Operation on Set in Scala

The basic operations include;

tail → returns all the elements except the first element in the set.

isempty → returns true if the set is empty else returns false.

Here we are creating student object with two sets “names” and “id”. We are doing head, tail and empty operations on these arrays and printing the result.

To concatenate one or more sets use ++ operator or Set.++() method. While adding the sets duplicate items are removed.

We are creating two sets furniture_1 and furniture_2 and concatenating these two sets into furniture and furn using ++ and Set.++ operators.

Common Values in a Set

The Set.& method or Set.intersect method can be used to find the common elements in two or more sets.

We are creating two sets of numbers n1 and n2 and finding common elements present in both the sets.

Maximum and Minimum elements in a Set

We are finding the minimum and maximum numbers in set “num1” using the min and max methods.

Some of the Set methods in scala programming are;

def contains(elem: X): Boolean → Returns true if elem is contained in this set, else returns false.

def product: X → Returns the product of all elements of this immutable set with respect to the * operator in num

def size: Int → Returns the number of elements in this immutable set.

def sum: X → Returns the sum of all elements of this immutable set with respect to the + operator in num.

def toList: List[X] → Returns a list containing all elements of this immutable set.

def toSeq: Seq[X] → Returns a sequence containing all elements of this immutable set.

def toArray: Array[X] → Returns an array containing all elements of this immutable set.

def mkString: String → Displays all elements of this immutable set in a string.

That’s all for now, we will look into other Scala Collection classes in coming posts.