A closure can be defined as the function whose return value depends on the value of one or more variable defined outside this function. A closure is an instance of a function, a value whose non-local variables have been bound either to values or to storage locations.

Consider an example as below;

Run the above example by typing Divide.main(null)

Below image shows the above programs execution in Scala shell. 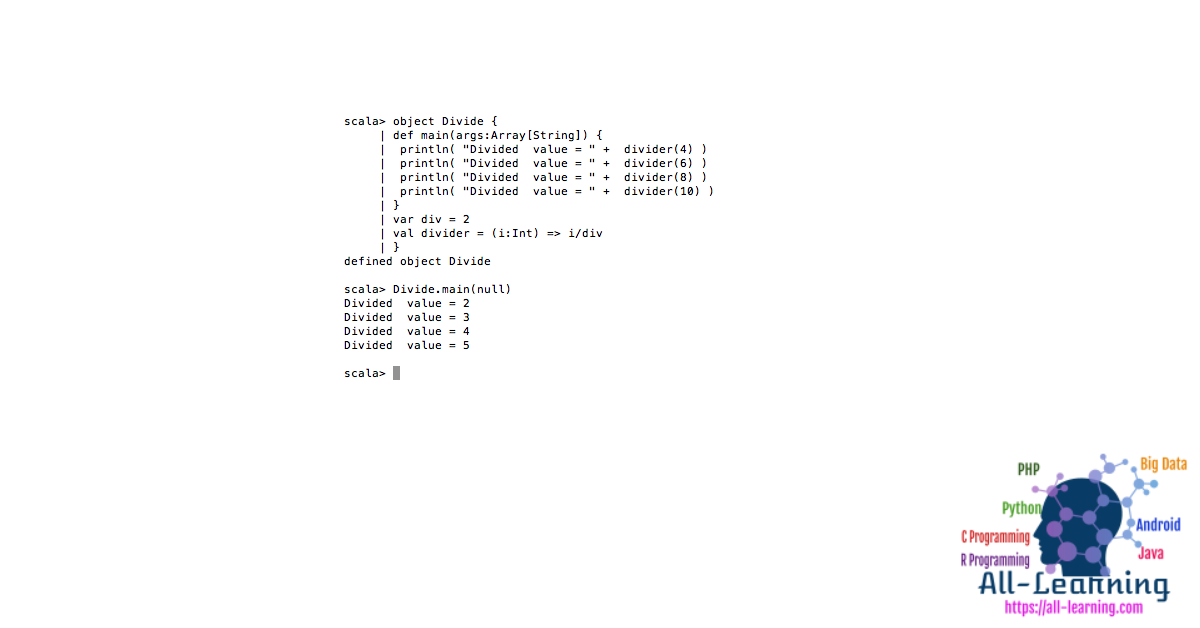 The variables that are used in function but are neither local variables nor formal parameters to the function are called free variables.

Consider an example for free variable;

Run by typing m1.main(null) and you will get output Total marks secured: 55.

A bound variable is a variable that was previously free, but has been bound to a specific value or set of values.

Consider an example for bound variable;

Here i is bound to a new value each time the result is called.

Consider an example for anonymous function as below;

As you can notice we have not specified any identifier for the function after the equal symbol. There is no binding associated with the function definition. This the reason why it is called as an Anonymous function. After the specification of the statement the interpreter gives an output as; 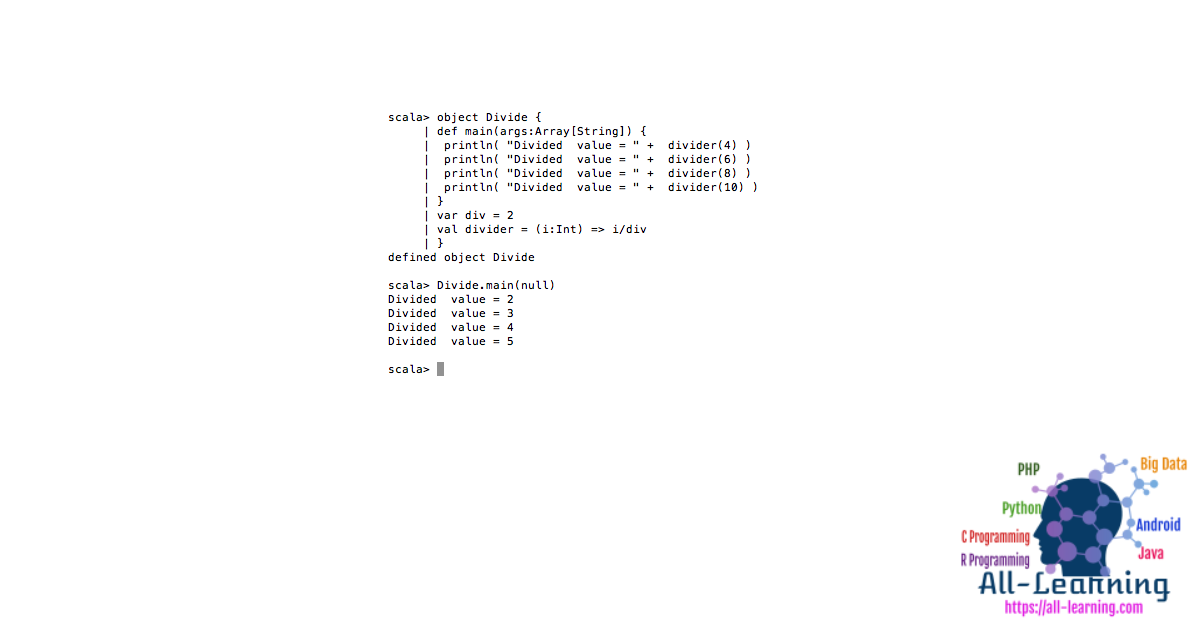 That’s all for Closures and anonymous functions in Scala programming, we will look into more Scala core features in coming posts.