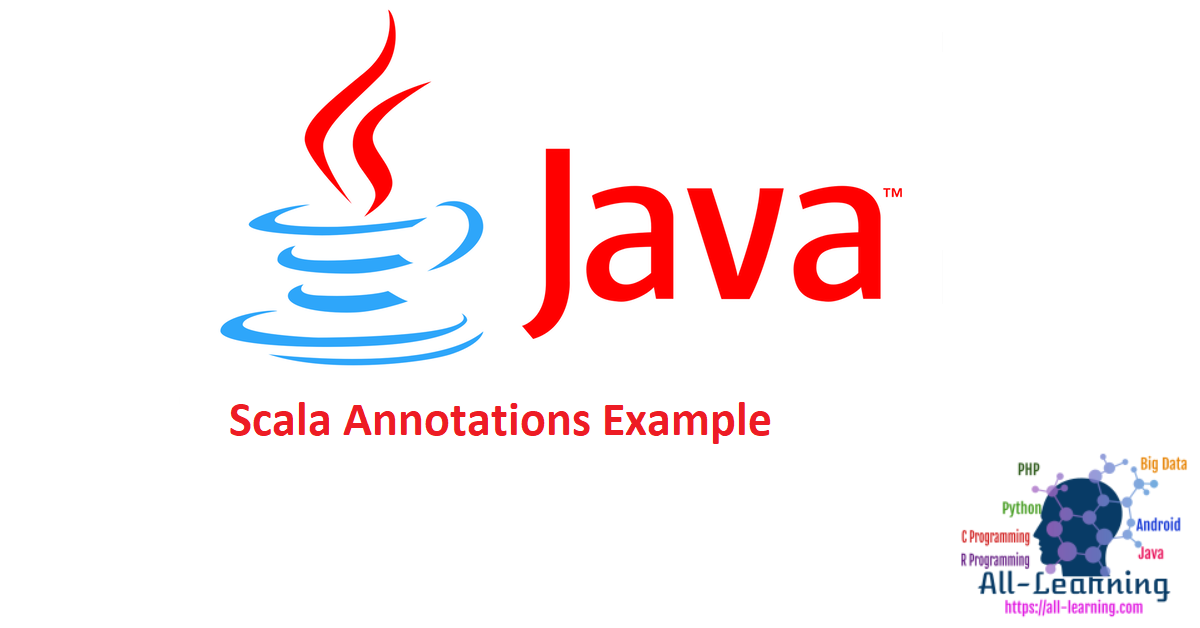 Scala Annotations are metadata or extra information added to the program source code. Like comments, annotations can be attached to a variable, method, expression or any other program element.

Annotations are allowed on any kind of definition or declaration including vars, vals, classes, objects, traits, defs and types.

The syntax for declaring an annotation can be of the form;

The precise form of the arguments given to the annotation depends on the annotation class in particular. Most annotation processors allow immediate constants such as “Hi”, 678 etc. Keyword “this” can be used to refer to other variables in the scope.

The “name=const” are available for more complicated annotations having optional arguments. These arguments are optional, and they can be specified in any order. The right hand side value after equals sign is recommended to be a constant.

Scala has several standard annotations. They are;

scala.deprecated → This annotations tells that the definition is removed.

scala.volatile → This annotations allows programmers to use mutable state in concurrent programs.

scala.transient → This annotation marks a field to be non-persistent.

scala.throws → This annotation specifies the exceptions thrown by a method.

scala.cloneable → This annotation designates the class to which it is applied as cloneable

scala.native → This annotation is a marker for native methods.

scala.inline → This annotation on methods requests that the compiler should try hard to inline the annotated method.

scala.remote → This annotation designates the class to which it is applied as remotable.

scala.serializable → This annotation designates the class to which it is applied as serializable

scala.unchecked → This annotation gets applied to a selector in a match expression. If present, exhaustiveness warnings for that expression will be suppressed.

scala.reflectBeanProperty → This annotation adds getter and setter methods following the JavaBean convention when attached to a field.

Let’s look at some of the annotations with examples.

There arises a need to write a class or a method that is not needed for later use. Deprecation allows us to add a notification in the method or a class that we don’t want others to use, but we can’t remove for backward compatibility. The method or class can be marked as @deprecated so that when others try to use this a deprecation warning is shown.

For example create a Scala object as below.

The method printMessage is marked as deprecated. The Scala compiler will emit the deprecation warnings whenever Scala code accesses printMessage method in the main as shown in the below image. 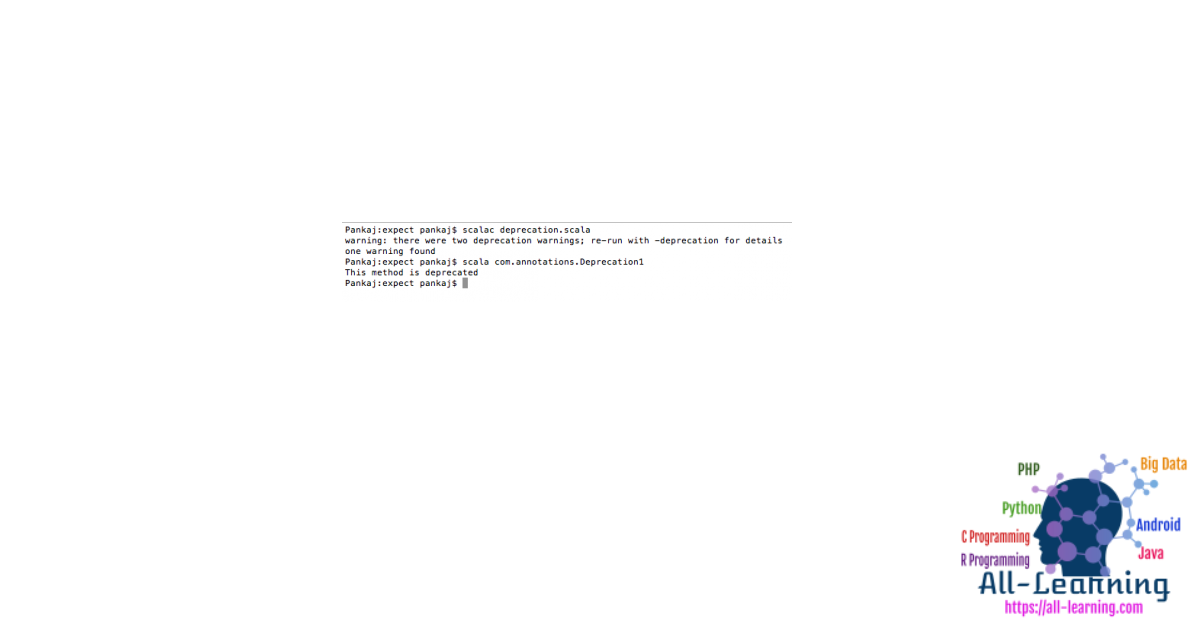 Sometimes programmers want to use mutable state in the concurrent programs. The @volatile annotation helps in such cases and informs the compiler that the variable will be used by multiple threads. The @volatile keyword gives different guarantees on different platforms such as on the Java platform, however, you get the same behavior as if you wrote the field in Java code and marked it with the Java volatile modifier.

Scala provides the @scala.reflect.BeanProperty annotation that adds this annotation to a field and the compiler automatically generate getter and setter methods for the field.

For instance Open the Scala IDE and create the scala class as;

We are using the @BeanProperty annotation which generates getter setter methods for properties cname and cno.

The getter methods for cname and cno are generated by the scala @BeanProperty methods that can be used in Java programs as shown in above class code.

The @unchecked annotation is interpreted by the compiler during pattern matches. It tells the compiler not to worry if the match expression seems to leave out some cases.