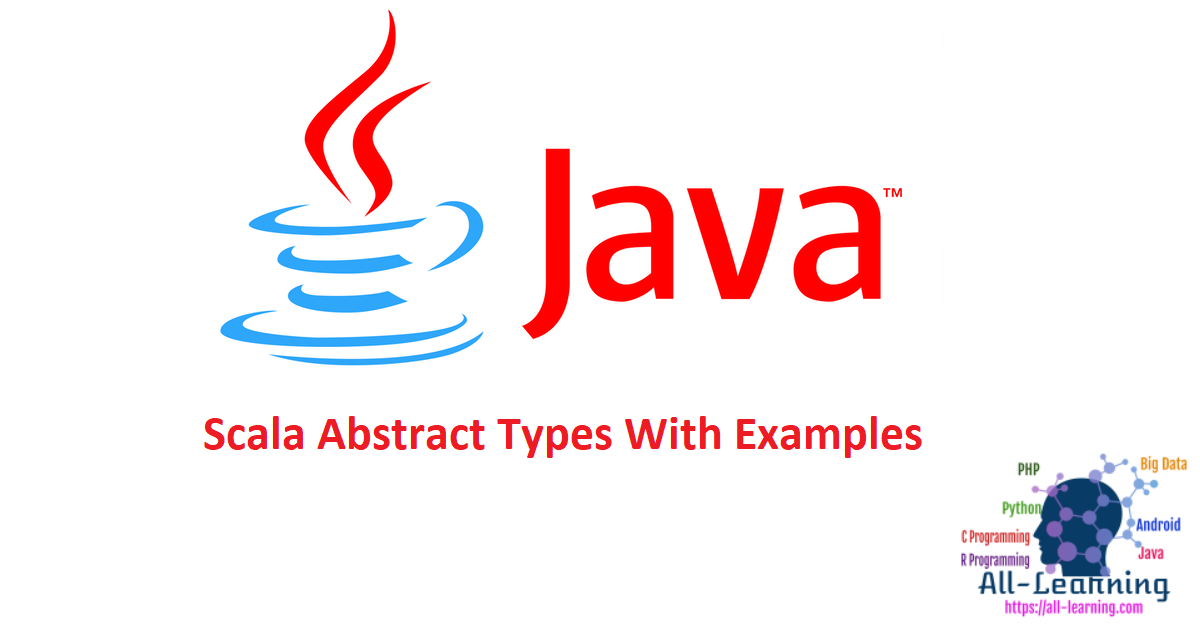 The type whose identity is not known precisely can be termed as abstract type.

A member is said to be abstract if the member does not have a complete definition in the class. These are implemented in the subclasses. For example;

Student trait declares a type X where the type of X is unknown. A method total marks returns type X and members marks1, marks2 are of type X. Here X is called as abstract type.

Now lets us implement the type X in a subclass.

We are creating class Adam that extends the student class and defines type X as Integer. The total marks method add the marks m1 and m2. The age variable is initialized to 7.

The abstract val takes the form as;

The val declaration can be used in a class when you don’t know the correct value but we know that the value remains unchanged in each instance of the class.

An abstract class Student id created with value variable and method with the keyword def.

A class Rob is created extending Student and the method is defined with the keyword val which is allowed. The code will compile successfully.

A class Micheal is created extending the student class and the value and method is defined using the keyword def. This will throw an error as overriding is not allowed. Below image shows the above code execution in scala shell. 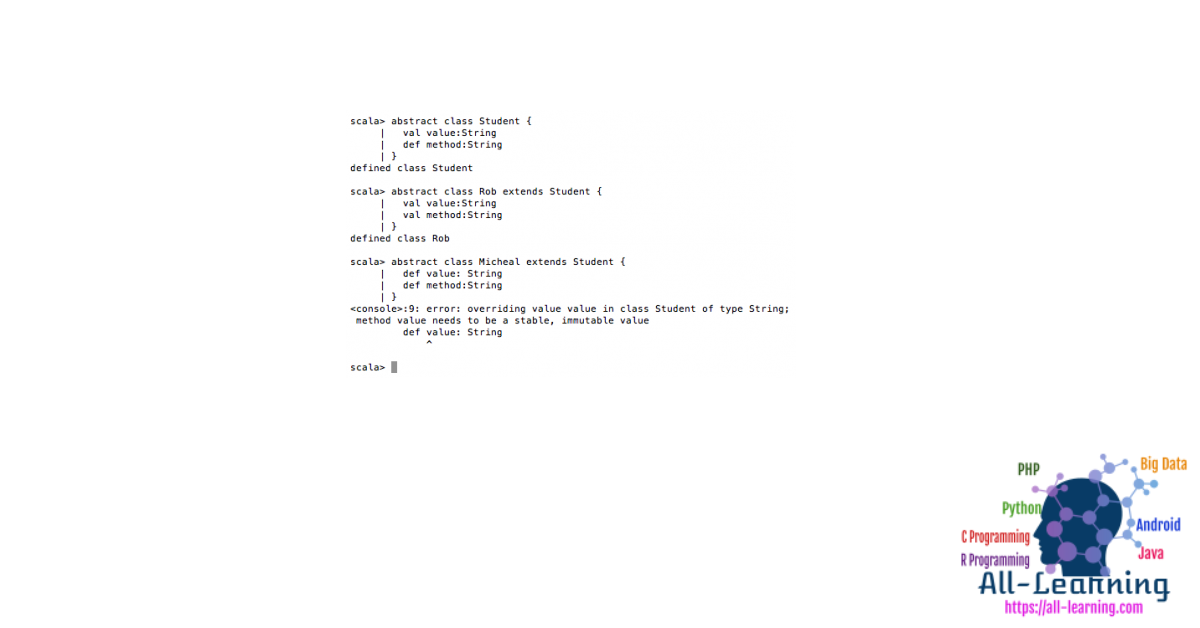 Abstract var defines a name and type but not value. Consider an example which defines two abstract variables – name and age as below.

The vars declared are equipped with getter and setter methods.

Abstract vals allows us to provide the details in subclass when missed in superclass. For example;

Here the variables obtained and total are abstract vals and the values are not defined.

Here we declare variable scale and use them in the trait as below.

The exception in this example was thrown because total still had its default value of 0 when trait student_percent was initialized, which caused the require invocation to fail. 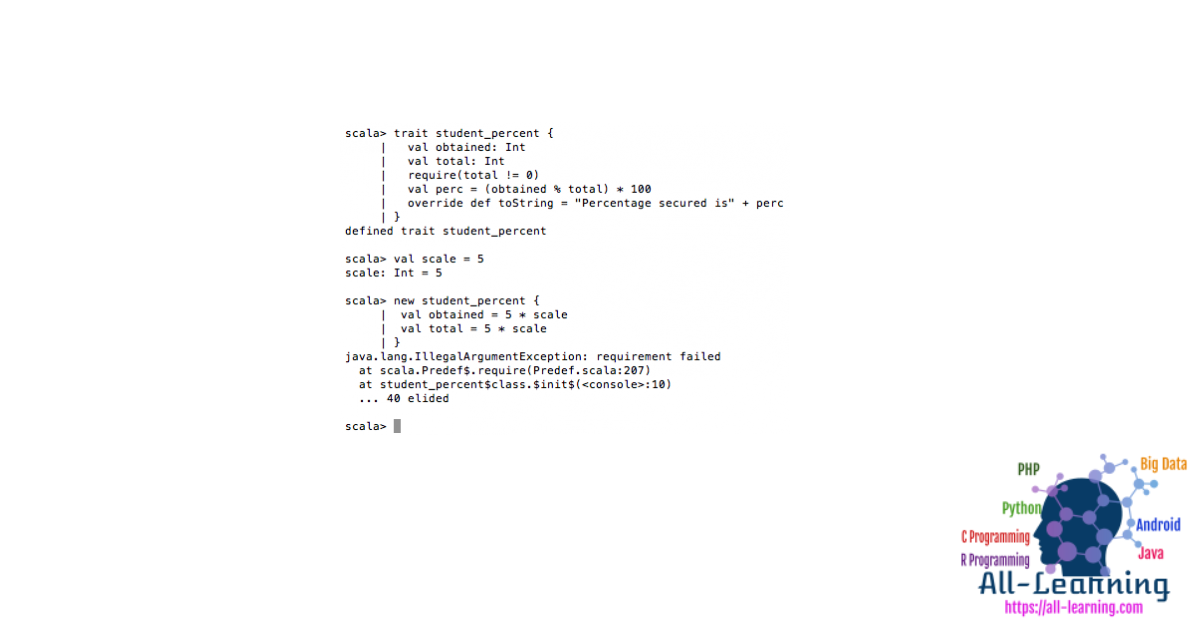 The fields can be initialized in object definition as;

Below image shows the above code execution in scala shell. 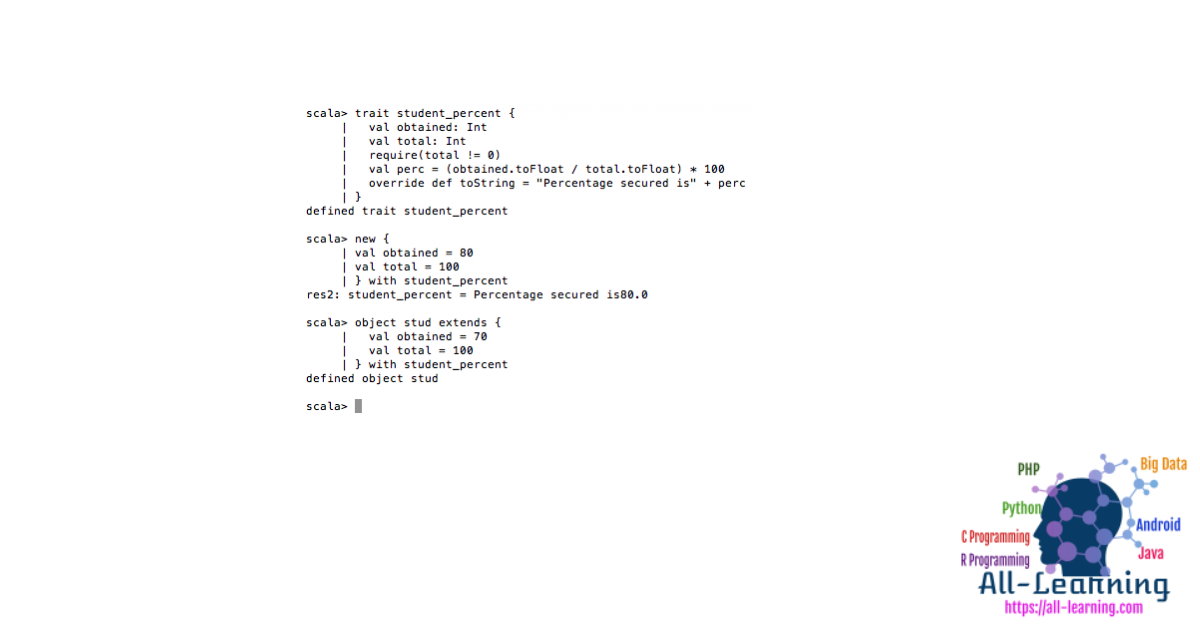 That’s all for abstract types in Scala programming, we will look into annotations in coming posts.