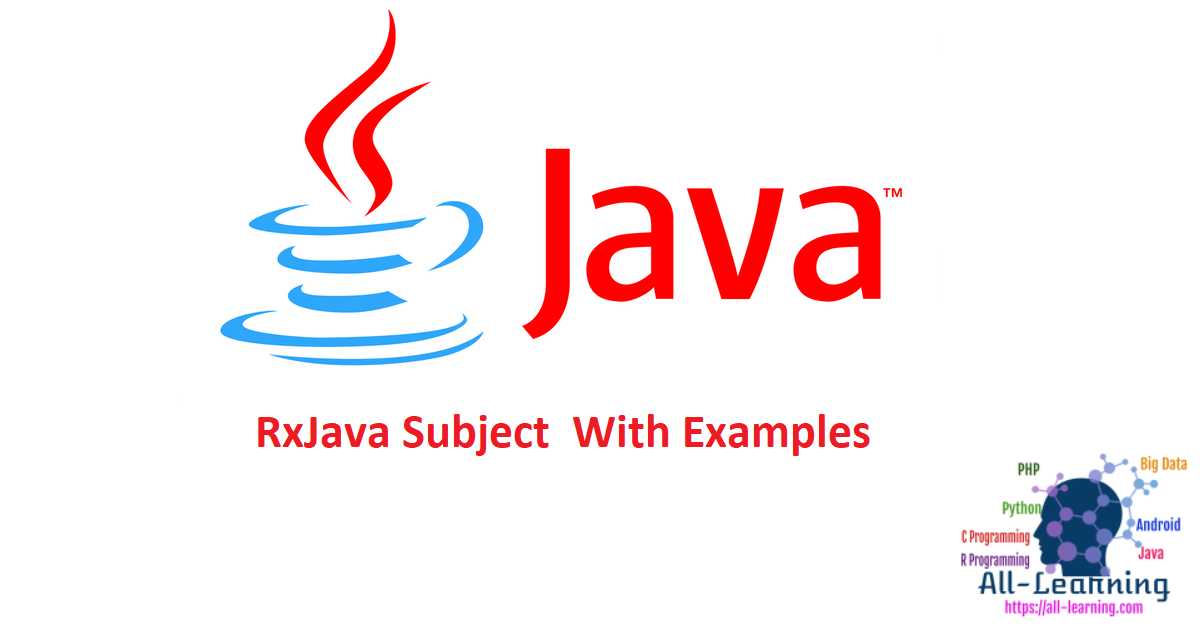 In this tutorial, we’ll be discussing Subjects in RxJava. We won’t be covering the basics of RxJava. If you are new to RxJava, do read this tutorial before proceeding ahead.

What is a Subject?

We know Observables and Observers. Observables emit data. Observers listen to those emissions by subscribing with the help of Subscribers.

Subjects can emit and subscribe to the data. They have the implementations of Observables as well as Observers.

A Subject has the same operators that an Observable has.
They can multicast too. This means all the Observers subscribed to it will receive the same emissions from the point of subscription.
This prevents doing duplicate operations for multiple subscribers.

Where is a Subject used?

Subjects are commonly used when you need to observe some data and then later can emit that data to other observers.

Let’s look at an example with and without Subject. We’ll see how Subject saves us from redundant operations. The map operation is computed each time for each observer.

By using Subject we can remove this redundancy as shown below:

PublishSubject is a subclass of Subject.

So the map operation isn’t repeated for the second subscriber.
Thus the Subject multicasts to all of its subscribers. That means that the data would be emitted and computed just once.

Cold Observables vs Hot ObservablesLet’s explain this with a metaphor.

Case 1
You are watching a movie on Youtube. You call your friend and tell him to subscribe to that channel and watch it too. He opens his Youtube and starts the movie.

Case 2
You are watching a live cricket/football match. Your friend joins you after some time.

The output printed in the console is: As you can see the Observer 2 and Observer 3 don’t get the values emitted by the Subject before the point of subscription.

Another metaphor for Hot Observables – They are like Whatsapp Group messages. You can only read messages after joining the group

Following are the different types of Subjects. Each works differently.

This emits all the items at the point of subscription. This is the most basic form of Subject and we’ve implemented it above.

An observer, when subscribed to the BehaviorSubject, would get the last emitted item before it subscribed and all subsequent items.

Metaphor: Your friend gets to watch the last replay when he joins for the cricket match besides viewing the rest of the live match. Of all the emissions, AsyncSubject would emit only the last item. That too only when onComplete() gets called. As you can see if the onComplete was called before the second observer subscribed, still that observer would get the last emitted value, even if it was before it subscribed.

As the name says, when an observer subscribes to a ReplaySubject, it would get all the items from the beginning.

Metaphor: Your friend who had missed the live cricket match can now replay the whole. He probably recorded it! A UnicastSubject can have a single observer only. Otherwise it will throw an error. Also it emits all the values from the beginning.

Metaphor: You and only you are watching the live cricket match. You can rewind it. If your friend comes your television screen won’t be visible to him. It will still be to you. PS: We can set transformation operators on the Subject in the same way as we do on Observables:

Only 2 would be printed.

And that sums up RxJava Subject for us.