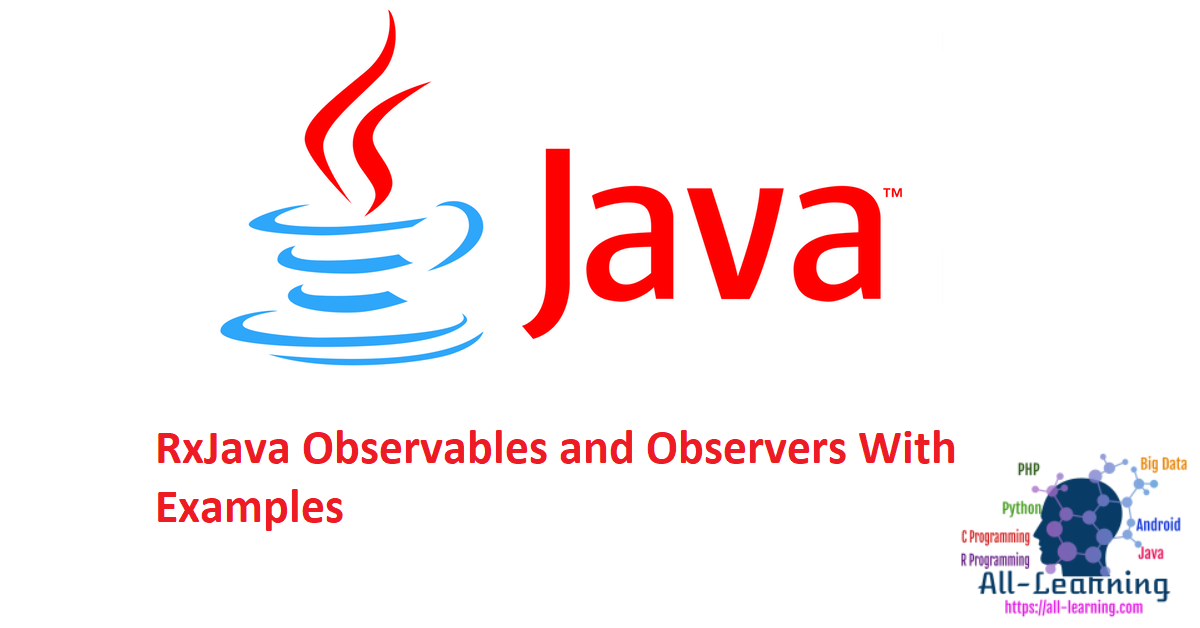 In this tutorials, we’ll be discussing RxJava Observables and Observers in length. We’ll discuss their various types and what each of them has to offer.

In RxJava, Observables are the source which emits items to the Observers. For Observers to listen to the Observables, they need to subscribe first. The instance created after subscribing in RxJava2 is called Disposable.

In order to stop listening to Observables, we can call unsubscribe by calling the method dispose() on the Disposable instance.

Subscription class has been deprecated in RxJava2 since Disposable has been introduced. For more info on what’s new in RxJava2 refer here.

We can create Observables in many ways. One of the ways are:

onNext is used to emit the next item.
onError is triggered when an error occurs.
onComplete is called after the last item is emitted.

Now in order to catch these values, we must subscriber an observer. For that we have to create an observer first:

This creates a Subscription between the observer and observable. The Observable would now emit values which would be caught by the onNext of the Observer.

The output from the console is:

If you subscribe() multiple times, each time the items would be emitted.

We can create Observables in the following ways:

For more info check out the RxJava Tutorial.

Cold Observables are Observables that emit one or values such that each Subscriber would receive all the values from the beginning.

The example we’d defined above was a Cold Observable.

To create a Hot Observable we do:

To create a Hot Observable we need to use Subject. A Subject can act as an Observable or Observer at any given time.

Values from 0 would be emitted every 2 seconds. We’ve set the thread to sleep for 2 seconds after the first observer is subscribed. Hence the second observer won’t get the initial emitted items as shown in the output below: 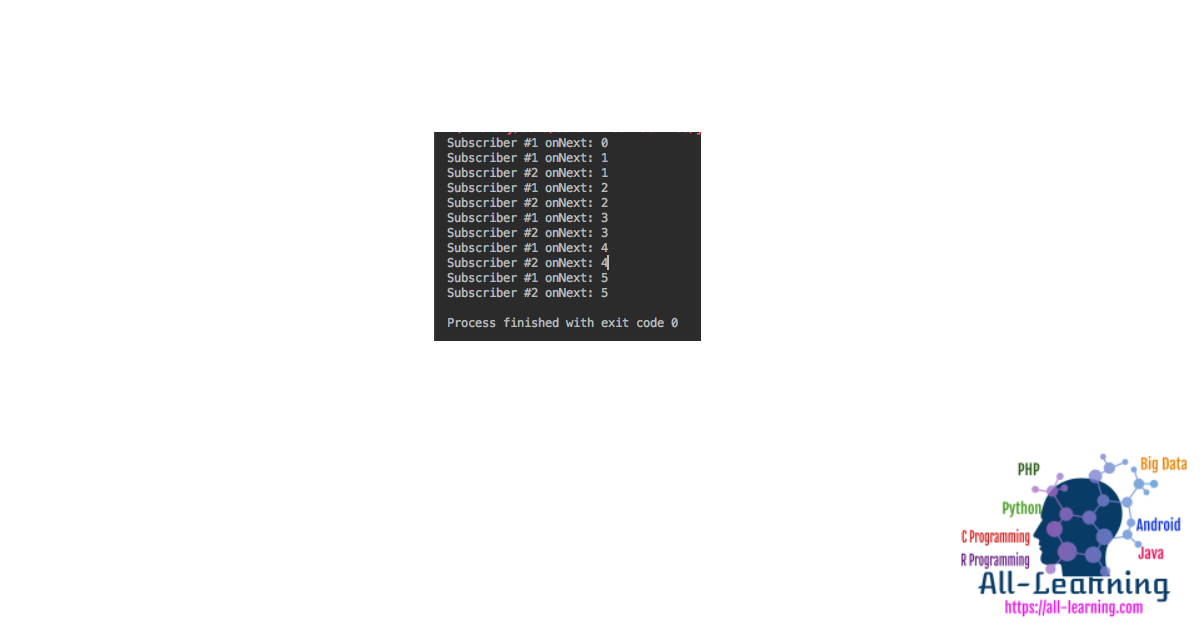 Following are the major types of Observables with each have a slightly different functionality and use case:

For every Observable type above we have an Observer type as well in RxJava.

Flowable Observable uses the default Observer. Since RxJava2 for Flowables, Subscribers are used instead of Observers

Let’s now look at the basic implementation of each of the Observables with the Observers.

This emits just one value. This can be used with Retrofit network calls.

Following is an example of Single:

This would give an onError in both the cases since neither of has a single value.

single(Integer defaultValue) and singleOrError() are just two of the methods.
We can add plenty of other operators as well just as all, any,contains, count etc. Generally, a predicate is set in these methods which would return a single value.

This prints true and 3 respectively.

Maybe emits 0 or 1 items. The MaybeObserver has the method onSuccess in place of onNext().

Following is an example using Maybe in which we print the maximum number from an Observable of Integers.

Besides the reduce function, there are plenty of other functions such as firstElement(), lastElement() etc.

Maybe is similar to Single except that Maybe allows for zero emissions too.
To create a zero emission observable, do:

Completable is used in cases where you need to know whether an operation is completable successfully or not. Example: Uploading an image to the server. Unlike Maybe and Single, the CompletableObserver doesn’t return any value at all. Neither does the Completable Observable has a type.

Flowable is used when you need to handle lots of data. It supports backpressure. We’ll discuss it at length in another tutorial. For now, a Flowable Observable needs a Subscriber class as the Observer since RxJava2.

Following is a sample of Flowable:

For a Subscriber to start receiving emissions we must manually invoke request() on the Subscription instance as done above.

We have various helper methods to convert an Observable type into another.

To convert any type to a Completable, either of the methods are available:

This brings an end to this tutorial on RxJava Observables.