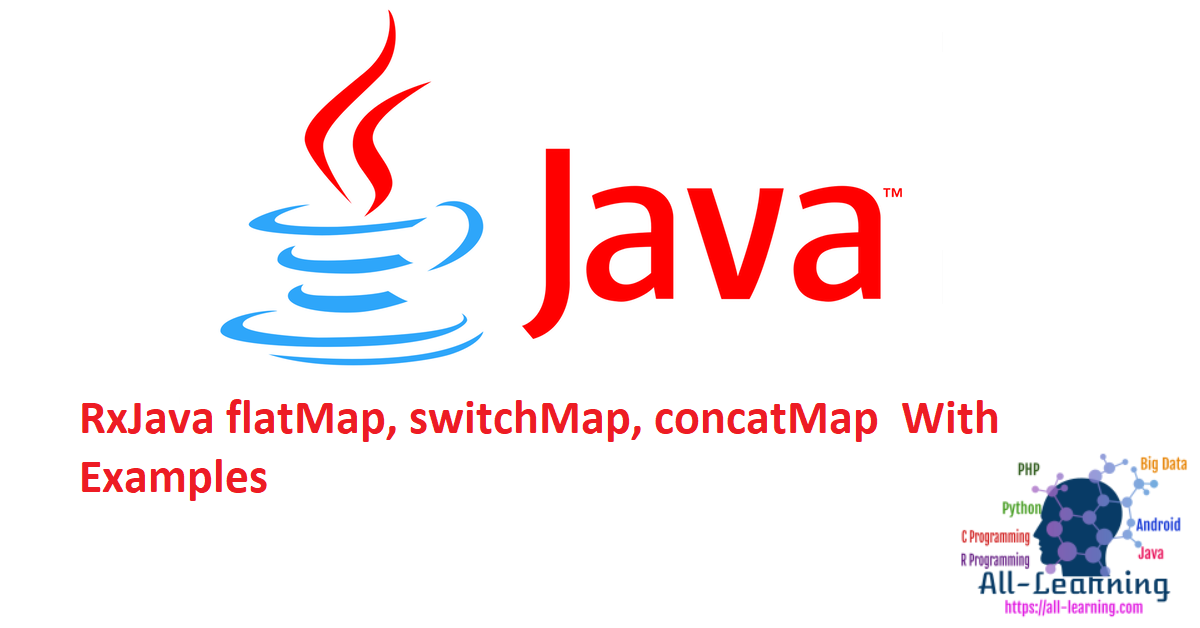 A FlatMap emits Observables instead of values

An illustration for the RxJava documentation is given below. 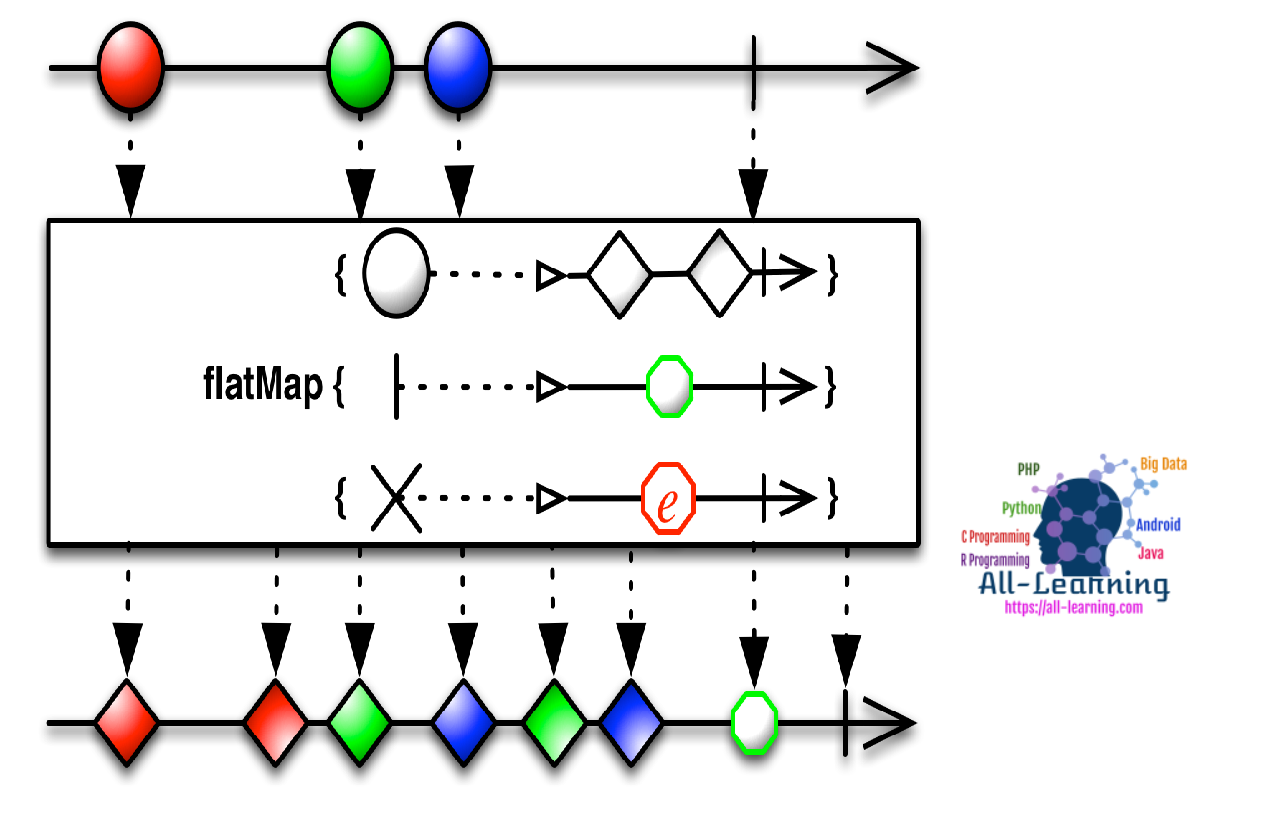 What exactly does a FlatMap do?
A FlatMap divides an Observable into many singular Observables. Hence, instead of sending each of the Observable values one by one, a FlatMap does everything in parallel and then merges the results in whatever order they are completed.

Let’s look at an example of FlatMap by creating a new IntelliJ java project and adding the RxJava dependency in the build.gradle.

Note: A flatMap implicitly contains the merge operator too.

Using an observable operator we can also filter down the number of values we want to reach the observer.

flatMap would be useful in android when you need to perform multiple network requests in parallel.

A SwitchMap flattens the source observable but only returns the last emitted single observable.
The below illustration followed by example demonstrates what the above line means. 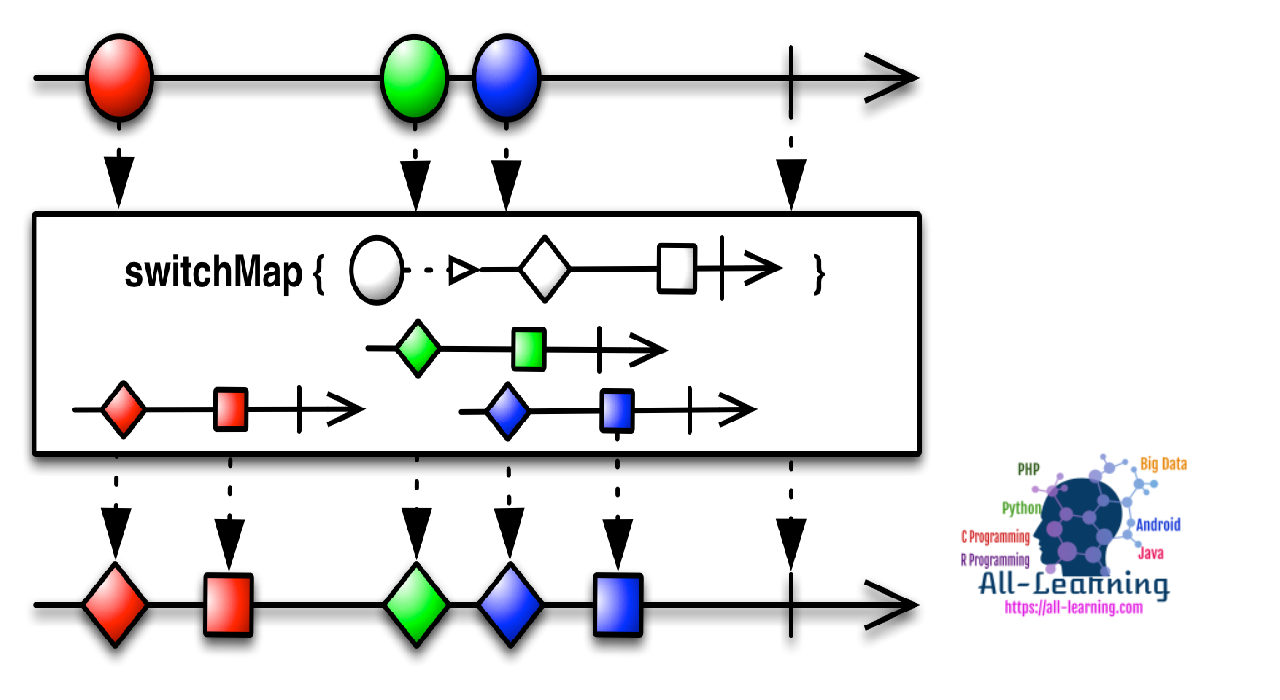 SwitchMap would emit only the latest observable after a particular delay. It ignores all the previous ones.
It is useful when it comes to retrieving the latest data from a feed. It’s useful when you need to identify the latest among many feeds.

If you’ve read flatMap you almost know what a concatMap operator is. It is similar to a flatMap except that it keeps the order of the observables.
To keep the order, it needs to wait for one observable to finish before proceeding to the next, thereby breaking away from the asynchronous concept and making the task longer than usual.
Another difference between flatMap and concatMap operators
The flatMap uses merge operator implicitly whereas concatMap uses concat operator.

Why did it not print all the values?
Well it took so long that the main thread woke up and exited the main method. You can increase the thread sleep time or decrease the delay random number to view all.
But you get the concept right? ConcatMap takes longer. Use it only if you need the same sequence.