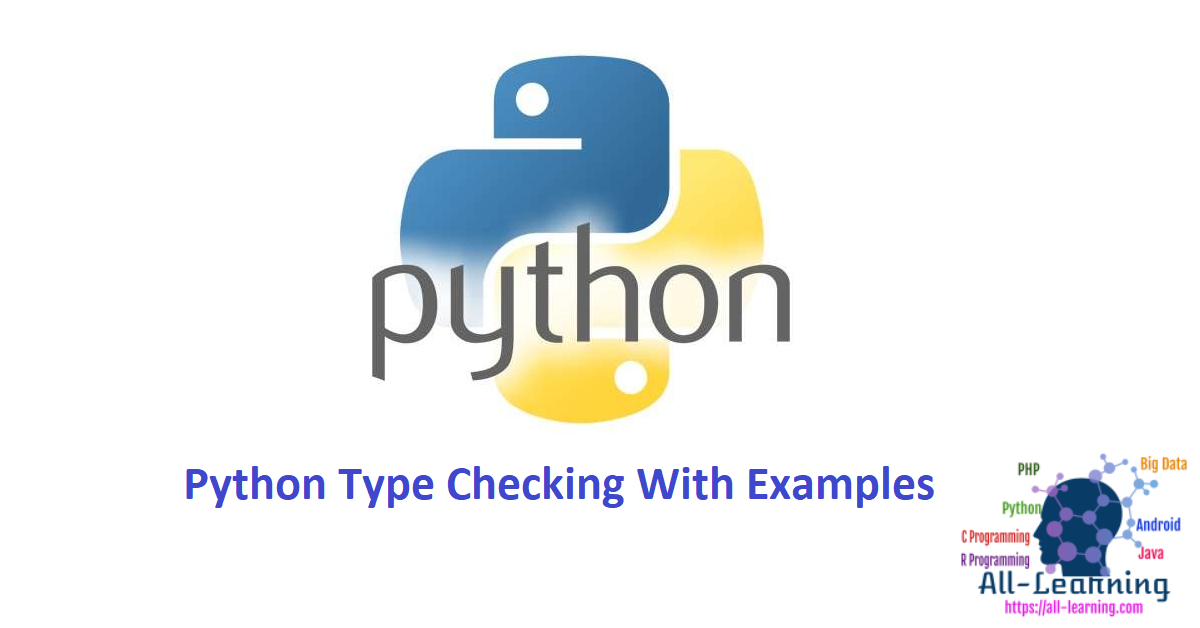 1. What is Type Checking?

Type Checking is the programming language feature that specifies how the variables are created and their types are identified by the language compiler or interpreter.

2. What are the different types of Type Checking?

A programming language can be classified into the following based on type checking.

2.1) What is Static Type Checking?

Let’s look at the variable declaration in Java.

If we try to change the type of the variable or assign a value of incompatible type, the compiler will throw an error.

2.2) What is Dynamic Type Checking?

Let’s look at an example of a function definition in Python.

If the function arguments are integers, the sum is returned. If they are string, they are concatenated and returned.

If we pass any other custom object, we might get a different response or an error is raised if the ‘+’ operator is not supported by them.

Duck typing is a concept of dynamically typed programming languages. The type of object is less important than the functions it defines.

Let’s look at this with an example of a custom object and the add() function we have defined.

This code will produce the following runtime error:

If we want our object to support the addition operator, all we have to do is define __add__() function for it.

Now, the print statement will print 15 and there will be no error produced by the code.

So, in essence, the type of the object doesn’t matter at all. As long as the required functions are defined to support an operation, there won’t be any issues because of the object type.

Python 3.5 added type hints support using the typing module. As the name suggests, it’s a way for the developers to hint the expected type of the function arguments and return types.

Let’s say we have a function to perform some operations on two numbers.

Even though it’s intended for numbers only, it will work for string arguments too.

Let’s see how to add type hints for the given function.

The function argument type hints are provided with a colon (:) and the return type using -> sign.

But, this doesn’t enforce the function argument and return types. The code will still work for other types of arguments.

But, third party tools such as type checkers, IDEs, linters, etc. can parse this to warn us for the possibility of the wrong types of arguments. For example, if we pass string arguments to this function, the PyCharm IDE will produce a warning message as “Expected type ‘int’, got ‘str’ instead“.

Python functions have __annotations__ attribute, which contains the information about the type hints.

We can use type() function to get the type of a variable at runtime.

We can also use isinstance() function to check if a variable is of a certain type or not. This function returns a boolean value and accepts two arguments.

Python is a dynamically typed language. But, we can use mypy module for static type checking. Note that this will work only when we have added type hints to a function.

The mypy module will check the code and raise errors if we are calling the function with incompatible data type arguments. We can install mypy module using the PIP command.

Let’s say we have a Python script type_checking.py with the below content.

Now, we can run mypy from the command line to test this file for function argument types.