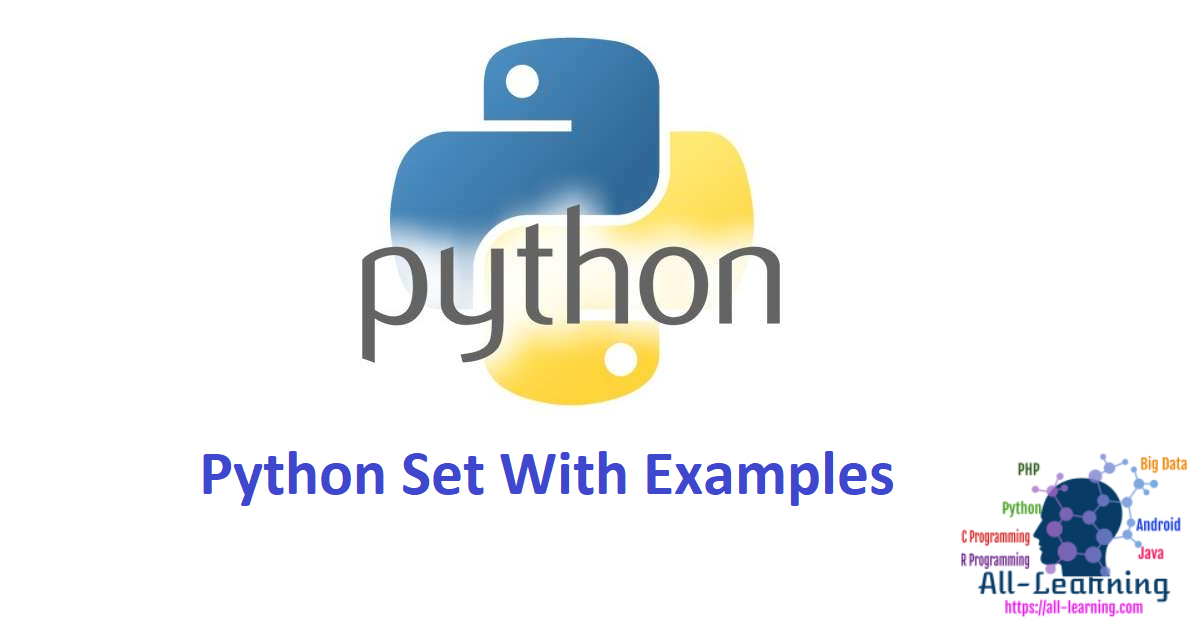 In this tutorial we are going to learn Python Set. In our previous article we learnt about Python String. You can learn it from here. You can initialize a set by placing elements in between curly braces. Like other sequences, one set can have elements of multiple data-types. Moreover, you can also create a set from a list by using set() function. The following example will give you some idea about initializing a set.

In previous example, we learned how to initialize Python set directly. Suppose we need to add element to set, we can do so by using add() function. But this function can add a single element. If you want to add iterable elements like list or set, you can do so by using update() function. The following example will help you understand the thing

The output of the following code will be

There are two functions to remove elements from Python Set. One is remove() and another is discard() function. If the element you are trying to remove is not in the set, the remove() function will raise exception for this. But the discard function will not do anything like this. The following code will show you those

You might be familiar with some mathematical set operations like union, intersection, difference. We can also do those using Python set. Now, we will learn how to do that.

The following code will give you idea about how to do these set operation in python programming.

So, that’s all for today. Hope that you learned well about Python Set. For any further query you can just write your query in the comment box. We will answer you.