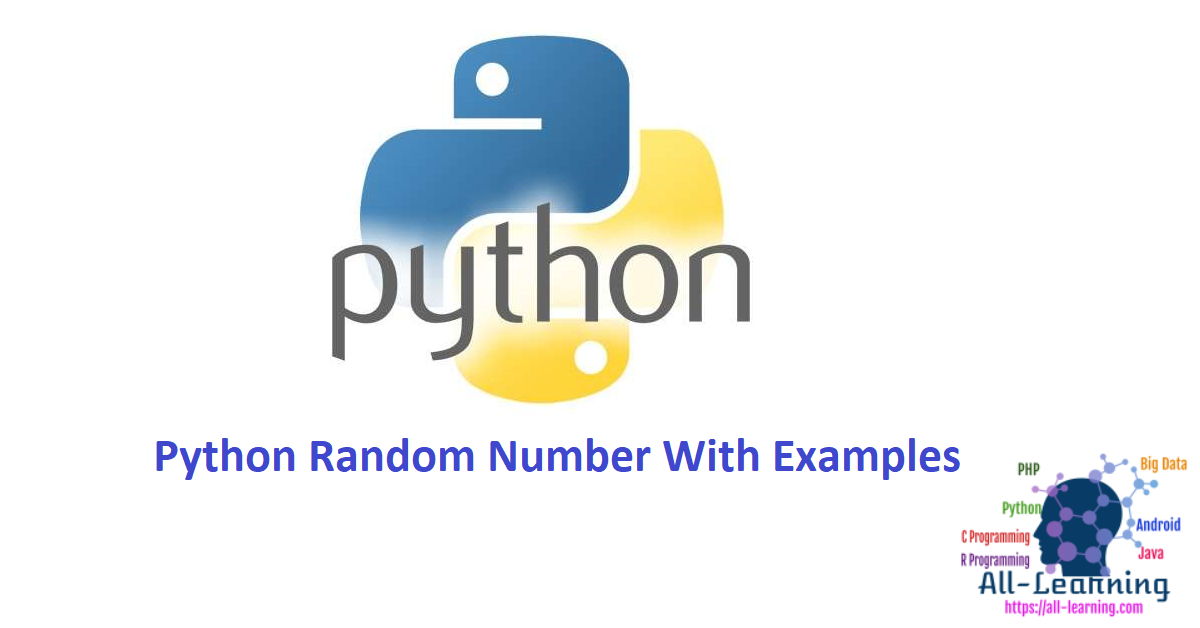 In this section, we will be discussing about generation integer numbers randomly. We can use randint(a,b) function to get a random integer from range a to b. Again, we can get number from a sequence by using randrange(start, stop, step) function. Let’s see an example to get python random integer.

For each run, the output will change. However, here given a sample output. There are several functions that returns real number or float randomly. For example, random() function returns a real number from 0 to 1 (exclusive).

We can get random numbers from exponential distribution by using expovariate(lambd) function.

The values in output will vary for each execution. You will get output like this.

Python random number generation is based on the previous number, so using system time is a great way to ensure that every time our program runs, it generates different numbers.

We can use python random seed() function to set the initial value. Note that if our seed value doesn’t change in each execution, we will get same sequence of numbers. Below is a sample program to prove this theory about seed value.

Below image shows the output produced by the python random seed example program. We will get the same sequence of random numbers for each run. There are some functions to use randomness in a sequence. For example, using choice() function you can get a random element from a sequence.

Again, using shuffle() function you can shuffle the elements in a sequence.

Also, using sample() function you can get x number of elements from a sequence randomly. So, let’s see the following code for random list example.

So, that’s all for python random number. To know more, see their official documentation.