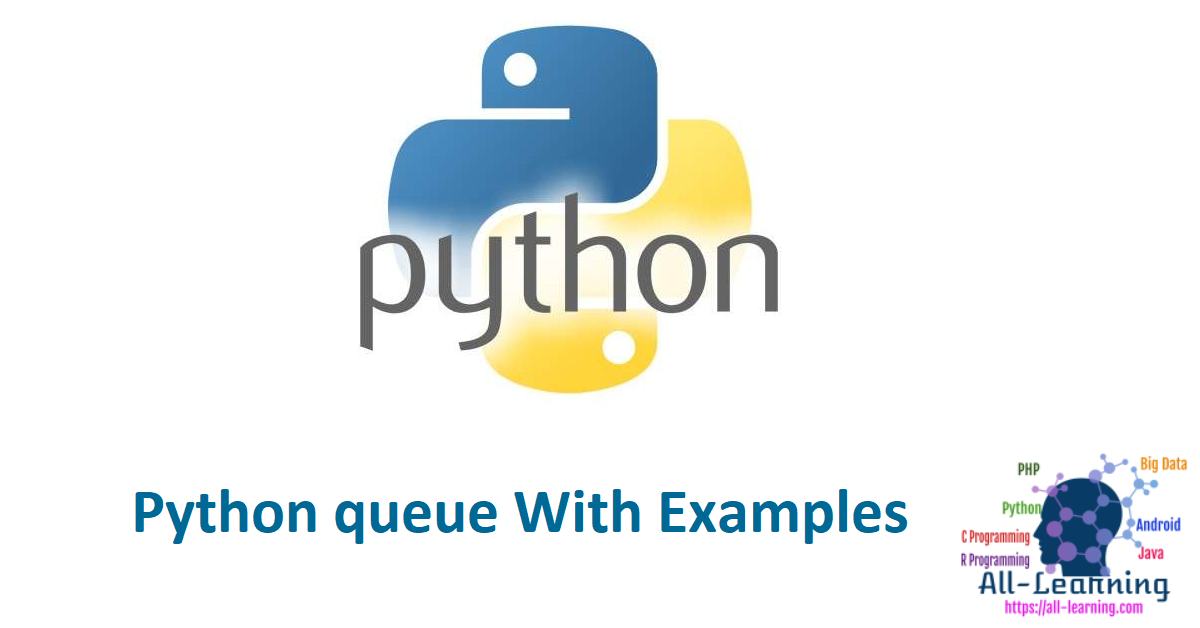 When we want to process our data in the way they have arrived, then using queue is the best option. Queue is a concept of first in first out data structure. Have a look at the following example: In the very first line we have imported the python queue module. Then we have created an object of Queue as the queue module contain three classes like Queue, LifoQueue and PriorityQueue.

Then we have added some value to the object of queue using put() method. Finally we have retrieved the values until the size of the q, using get() method. And if you notice the output, you will see that the outputs are as the way we have added.

In the python queue module, the followings are the most common methods that are used to manipulate or operate on the queue objects. We have already seen three methods in the previous example. They are put(), get() and qsize(). We will see some other methods.

To check whether a queue object is full or not. It returns true if the queue is full otherwise false.

If the queue is empty then it returns true otherwise false.

Python LifeQueue is similar to queue except that it’s last-in-first-out data structure. Below is a simple python LifoQueue example code. Below is python PriorityQueue example code.

Python Queue module PriorityQueue functions are synchronized. There is another module heapq that also implements priority queue in python. That’s all about Python Queue, Priority Queue and LifoQueue.