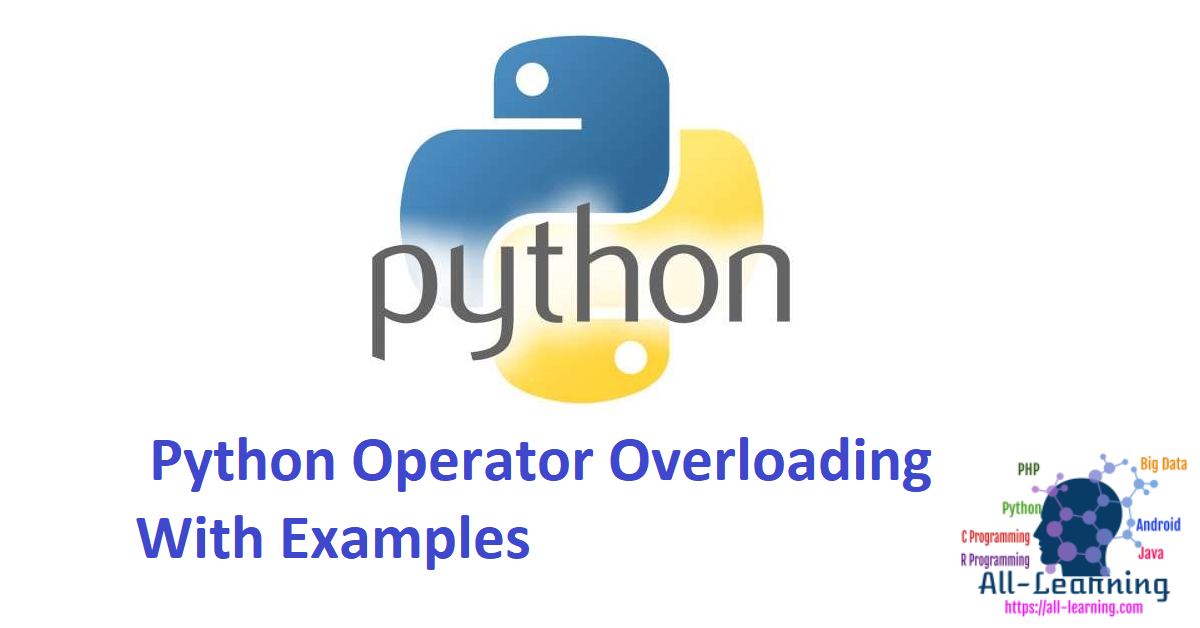 Welcome to the tutorial on Python Operator Overloading. As we have already learnt about Python Class, we are going to learn another interesting feature of object oriented python today.

Python Operator overloading enables us to use mathematical, logical and bitwise operators on python objects just like any primitive data type.

Lines 1 to 4 indicates the declaration of the class GridPoint and definition of constructor method. Let’s have a look at lines 6 and 7.

When we use ‘+’ operator as mathematical addition operation, the __add__() method is implicitly called.

Lines 9 to 12 defines the __str__() method which is called when we try to print the object. That’s also a built in method. But we are going to overload the method so that it prints in our specified format.

Lines 14 and 15, we’ve created two objects of GridPoint, namely point1 and point2. Now, watch Line 16. Two instances of the class GridPoint class are added using ‘+’ operator and assigned as another instance of GridPoint. Python operator overloading helps you do this. So, don’t get surprised when the 17th line shows an output like below image. Here is a list of operators which can be overloaded and used with python operator overloading in a similar way.

Relational operators are overloaded in a very similar way in python. But the difference is, those operators often return true/false instead of another instance of the object. Let’s work with an example.

Look at line 6, where the ‘greater than’ operator has been loaded. The conventional ‘>’ operator returns true if the operand in the left side of it is greater than the right one. We are going to use this property to compare two instances of class GridPoint.

Then in line 17, we are comparing the objects of the class GridPoint to obtain a boolean type value which will determine whether the first object has the greater value of ‘x’. In this case, the relational operator returns true as 3 is greater than -1. As a result the program prints ‘point1 is greater than point2’. Here is a list of relational operators that can be overloaded in the same way.

That’s all for today about operator overloading in python. Hope to be with you with more tutorials very soon.
Happy Coding!