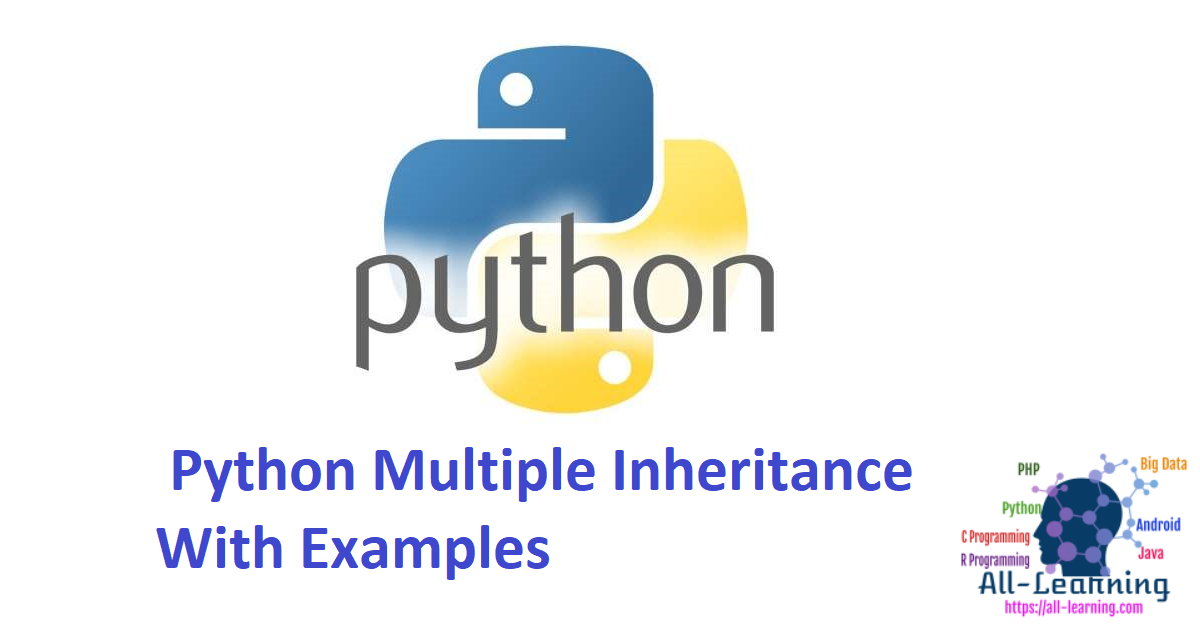 The classes Person and Student are superclass here and Resident is the subclass. The class Resident extends both Person and Student to inherit the properties of both classes. The example is easily understandable if you have the slightest knowledge of python class and python inheritance. This code yields the following output.

Let’s have a look at another example.

Class C inherits both A and B. And both of them has an attribute ‘name’. From which class the value of name will be inherited in C? Is it from A or B? What do you think? Well, the output is:

The hierarchy becomes completely depended on the order of __init__() calls inside the subclass. To deal with it perfectly, there is a protocol named MRO (Method Resolution Order).

Let’s replace the previous code with a slightly modified version.

Can you guess the output? Well, let’s find out.

MRO works in a depth first left to right way. super() in the __init__ method indicates the class that is in the next hierarchy. At first the the super() of C indicates A. Then super in the constructor of A searches for its superclass. If it doesn’t find any, it executes the rest of the code and returns. So the order in which constructors are called here is:
C -> A -> B
If we call print(C.__mro__), then we can see the MRO traceroute.

So this was it for python multiple inheritance, hope to come with more interesting features of python afterwards. Happy Coding!