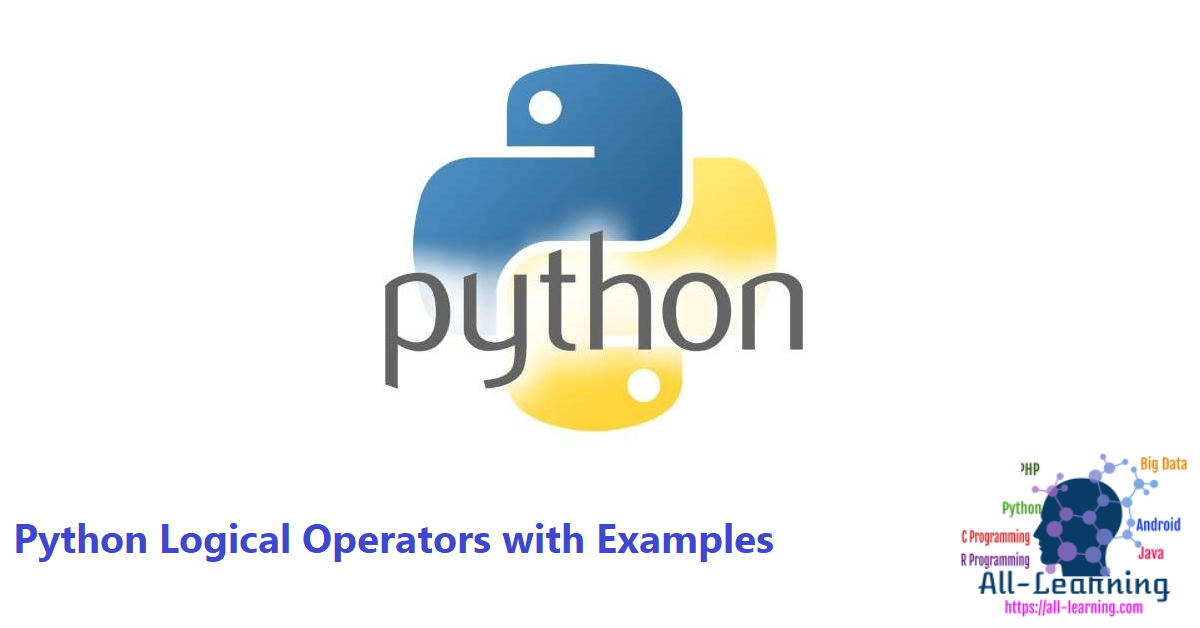 Python logical operators allow us to perform logical AND, OR, and NOT operation between boolean values. In this article, we will look into the logical operator’s execution in more detail.

There are three logical operators in Python.

Here is a simple example of a logical and operator.

Output: Both x and y are positive numbers

Before the logical operation is performed, the expressions are evaluated. So the above if condition is similar to below:

In Python, every variable or object has a boolean value. We have explained this in more detail at Python bool() function.

If we use “and” operator and the first expression evaluates to False, then the further expressions are not evaluated.

Let’s confirm the above statement by defining a custom object. Python uses __bool__() function to get the boolean value of an object.

Notice that __bool__() function is called only once, confirmed from the print statement output.

Below diagram depicts the flow chart of logical and operation. Did you noticed the one-liner return statement? If you are confused with it, please check out Python ternary operator.

Let’s look at a simple example of logical OR operator.

Output: At least one of x and y is positive number

If we use “or” operator and the first expression evaluates to True, then the further expressions are not evaluated.

Let’s confirm this with a simple code snippet. We will reuse the Data class defined earlier.

Notice that the __bool__() method is called only once and since it’s evaluated to True, further expressions are not evaluated.

Let’s run another example where both Data object boolean value will return False.

Finally, below image depicts the flow chart of logical or operator.

This is a very simple operator that works with a single boolean value. If the boolean value is True then not operator will return False and vice-versa.

Let’s look at a simple example of “not” operator.

Python Operators Are Evaluated From Left to Right

Let’s look at an example where we have multiple logical operators. We are not mixing different types of Python operators, so that operator precedence won’t come in picture and it will be easier to explain the output.

We will also override the __bool__() function to print “id” value.

Notice that the boolean value is calculated for d1 first, thus confirming that the execution is happening from left to right.

In Python, every object has a boolean value. So logical operators will work with any custom objects too. However, we can implement __bool__() function to define our custom rules for an object boolean value.