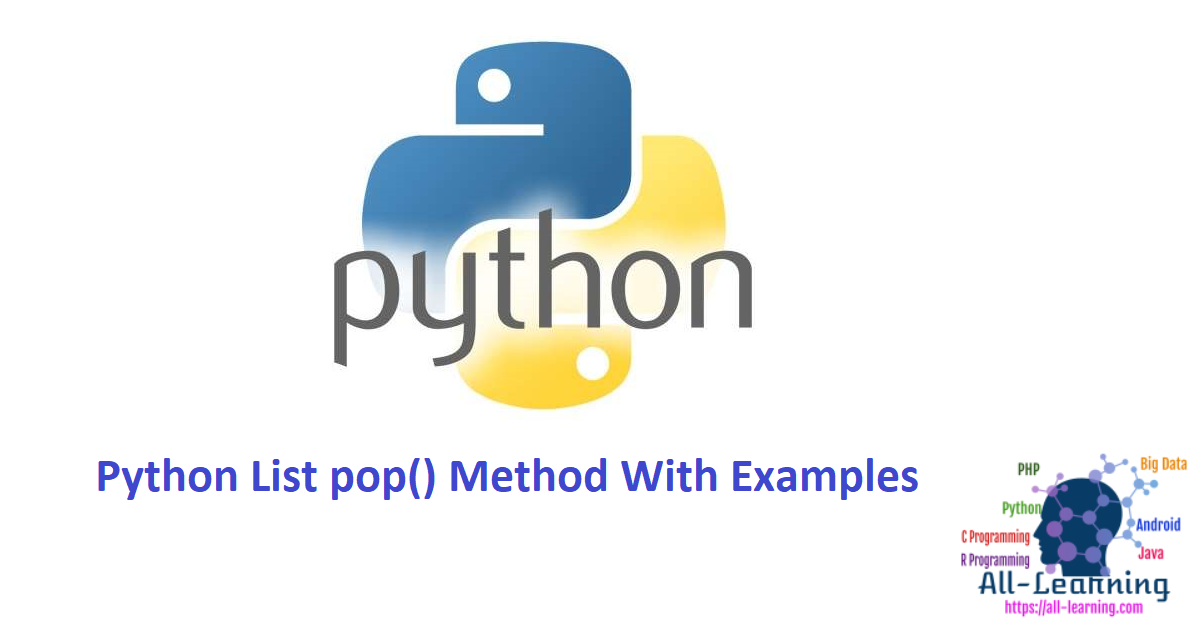 Today we’ll be going the Python list pop() method. We generally have various built-in methods to remove or delete any element from a list in Python. We have del, remove(), as well as the pop() method to accomplish the task. But each one of them has their own differences. Let’s find out how to use the pop() method and what are the benefits of using this method.

Basically, the pop() method in Python pops out the last item in a list when no parameter is passed. When passed with some index, the method pops the element corresponding to the index.

Take a look at the example code below, it illustrates the use of the built-in pop() method in python. 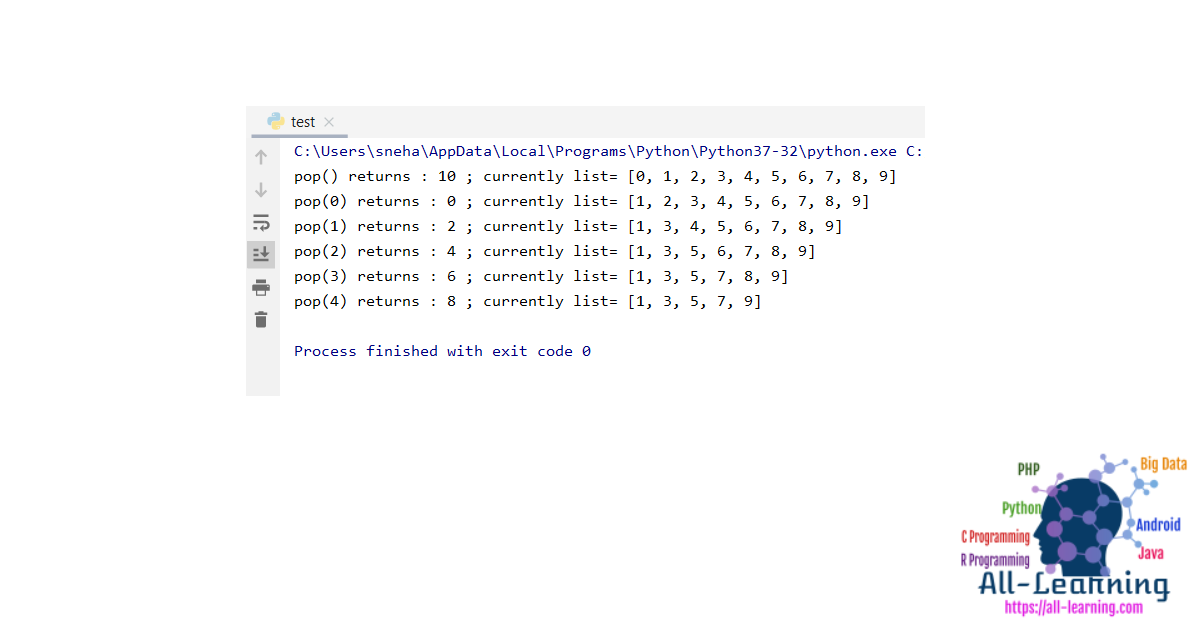 While using the Python list pop() method, we encounter an IndexError if the index passed to the method is greater than the list length.

This Error occurs basically when the index provided it out of the list’s range. Let us look at a small example of this:

In this example, it is clear that the index provided to the pop() method, 10 is larger than the list’s length(4). Hence, we get the IndexError.

Similar to the previous section, when we try to perform the Python List pop() method on an empty list, we face the same IndexError. For example:

So, we can conclude that while performing Python list pop() method on an empty list, an IndexError is thrown.

Hence, we must check before we apply the pop() method, that the list we are dealing with is not empty. A simple length check can solve our problem.

See, it’s easy. The if-else statement in Python checks whether the list is empty or not and only pops an element from the list when len(l1) > 0 i.e. when the list l1 is not empty.

As we have seen in our Python Stack Tutorial, pop() is also a stack operation used to remove the last task or element pushed. Let us see how we can implement the Python list pop() method in a stack using lists. 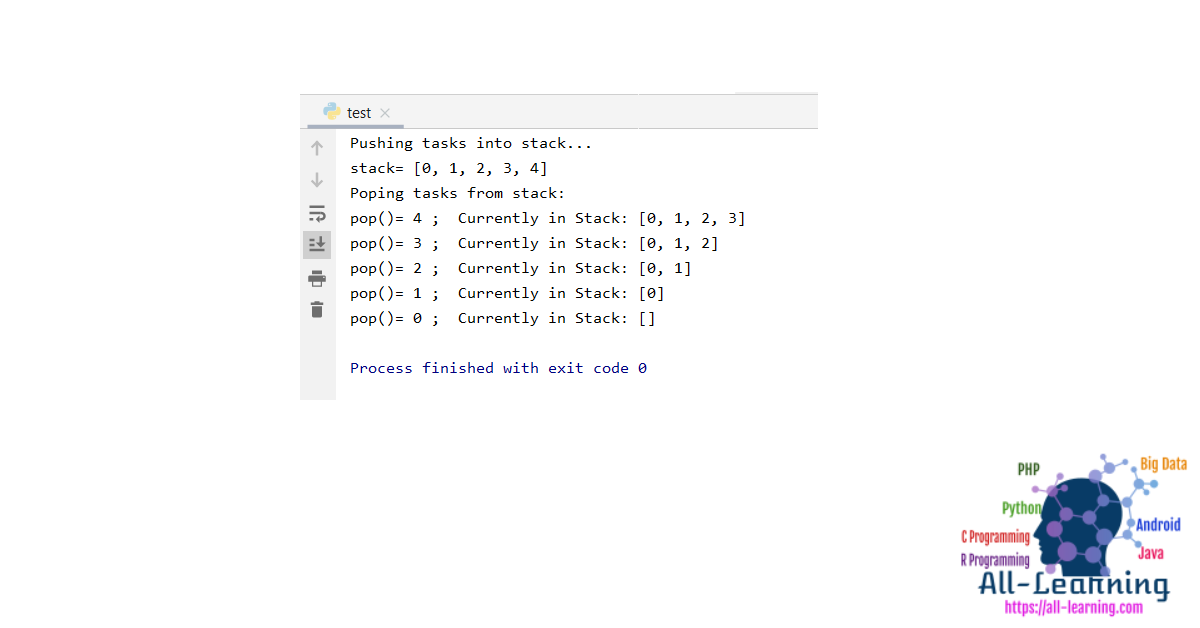 In this tutorial, we learned how the built-in pop() method in python works, errors related to it, as well as its applications in a stack. Feel free to ask any questions about the topic in the comments.