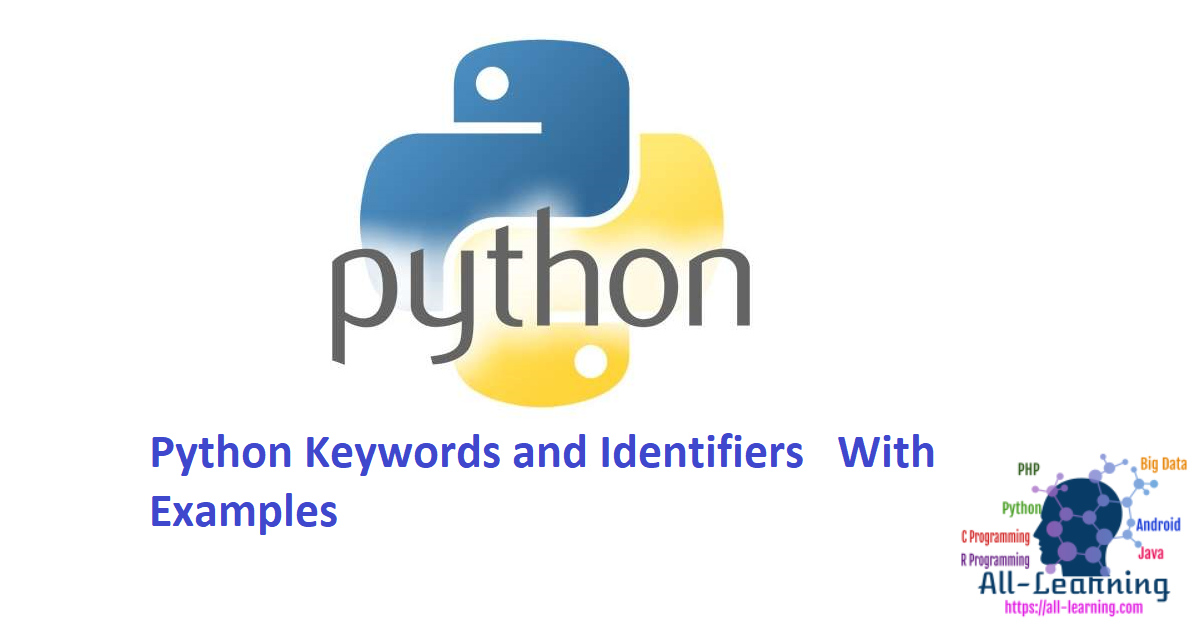 Today we will learn about Python keywords and identifiers. Earlier we learned how to install python and get started with it in python tutorial for beginners.

Well simply, python keywords are the words that are reserved. That means you can’t use them as name of any entities like variables, classes and functions.

So you might be thinking what are these keywords for. They are for defining the syntax and structures of Python language. If you look at all the keywords and try to figure out all at once, you will be overwhelmed. So for now just know these are the keywords. We will learn their uses respectively. You can get the list of python keywords through python shell help.

Below is a simple example showing usage of if-else in python program.

When we run above program, python understands the if-else block because of fixed keywords and syntax and then do the further processing.

Python Identifier is the name we give to identify a variable, function, class, module or other object. That means whenever we want to give an entity a name, that’s called identifier.

Sometimes variable and identifier are often misunderstood as same but they are not. Well for clarity, let’s see what is a variable?

A variable, as the name indicates is something whose value is changeable over time. In fact a variable is a memory location where a value can be stored. Later we can retrieve the value to use. But for doing it we need to give a nickname to that memory location so that we can refer to it. That’s identifier, the nickname.

Though these are hard rules for writing identifiers, also there are some naming conventions which are not mandatory but rather good practices to follow.

If you run the program, the output will be like below image.

So, that’s it for today. In the next tutorial we will learn about Python Statements and Comments. Till then #happy_coding 🙂