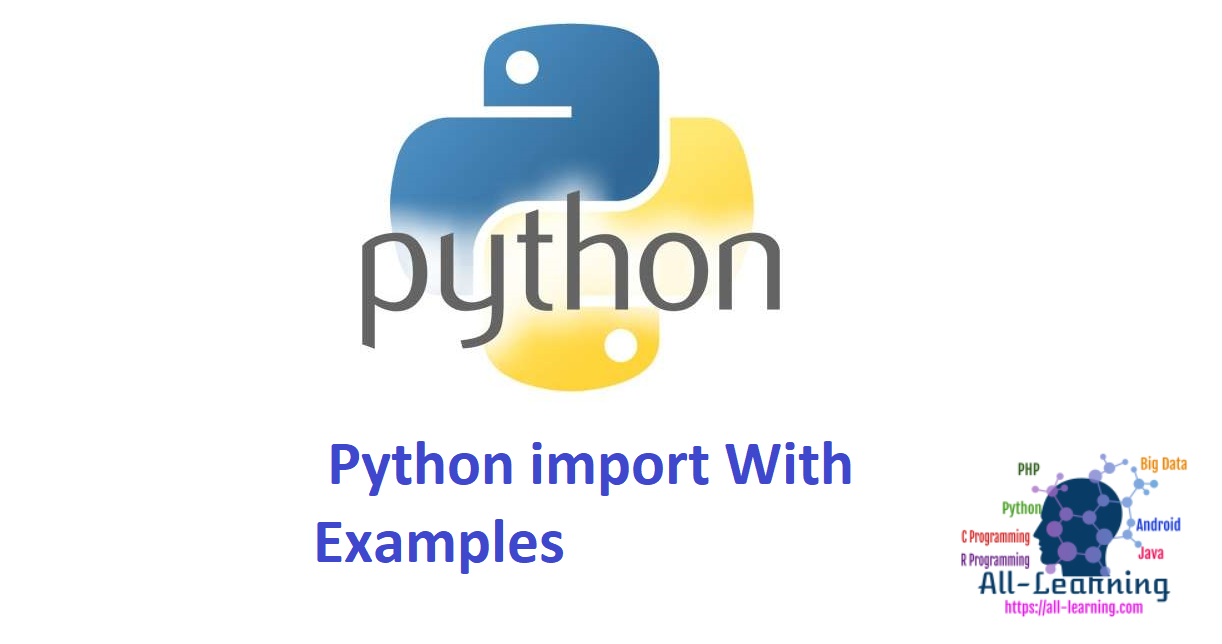 Python import statement is used to import modules that we want to use in our program. Python modules are python scripts containing utility functions, types, classes etc. There are many modules that we use regularly in python programs such as sys, os, collections etc.

If we want to import python built-in modules or any third party module installed using a package manager such as PIP, then we can very easily import and use them in our program.

Python imports are case sensitive, so import sys and import Sys are looking for different modules to import.

When we create a python script, we can import it into another python script using its name. Let’s say we have following directory structure with multiple python scripts. We have following functions defined in utils.py file.

We can import it into python_import_examples.py and use its functions.

We can define our own name for the imported module using import as statement.

The result will be the same as the earlier program.

Python import from another directory

Now let’s see how to use importlib to import this python script into our example.

Python import class from another file

We can import scripts and use the classes defined in them using importlib too. Let’s say we have classes Person and Student defined in myclasses.py file.

Here is the example code where I am using the earlier defined function to import this script and use its classes.

Notice that we can keep any name for the module we are importing, it’s similar to using import as statement.

There is another way to import scripts from another directory using the sys module.

This is useful when we want to import only specific classes and functions from the imported file. Also, using this code is much easier to understand.

Python import statement allows us to import modules, python scripts, specific classes and functions from modules. It’s very easy to use and since most of the times we work on built-in modules or modules installed using PIP, we don’t need to write logic to load scripts from another directory.