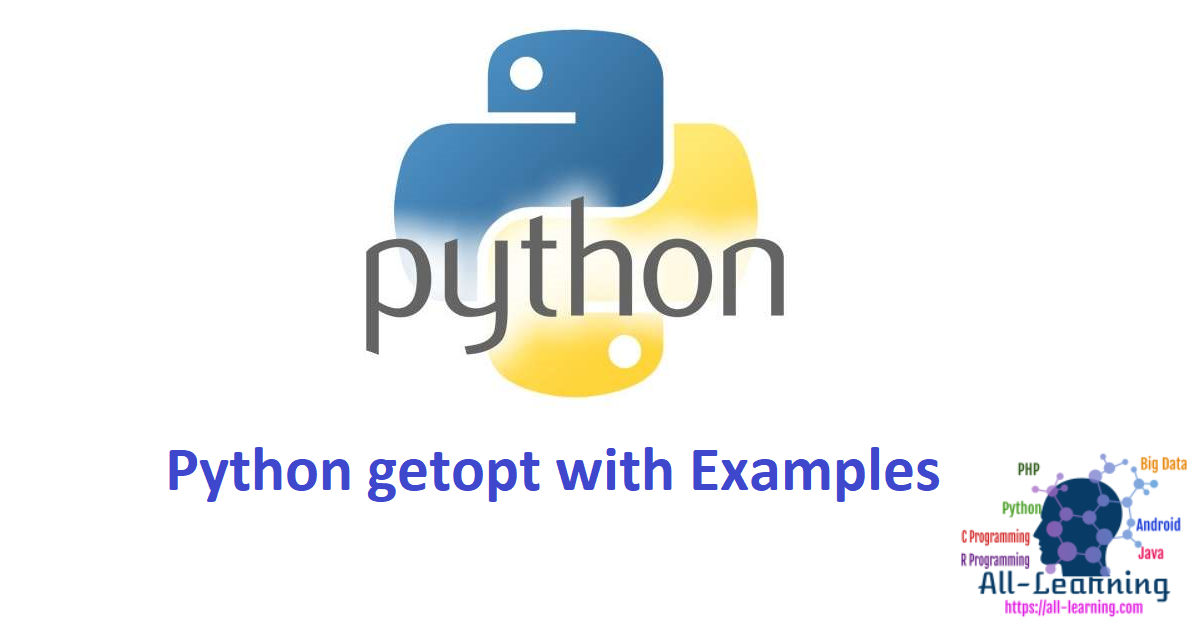 If you want a simpler module to parse command-line parameters, try argparse.

getopt is the first function provided by the module with same name.

It parses the command line options and parameter list. The signature of this function is mentioned below:

Let us study this function using some examples.

Here is the code snippet:

In this example, we simply accepted some arguments. Before running the script, let’s establish our understanding on what happened here:

So, what does the hm:d means? See here:

The first and last options are defaults. We use a custom option as m:, notice the colon? Colon means that this option can get any type of value. Finally, the single-character versions are same as longer versions, h is same as help. You can mention any one. So, this collected the options and arguments in separate lists. The best part about getopt is that it allows us to gracefully manage any possible exceptions: About the my_file= flag, there is an important point to note. The my_file= flag must always be provided with an additional argument, exactly like the -m flag. This is described by an equals sign in my_file=.

In Python 2.3, another function was added in getopt module called gnu_output(). This function is very similar to the original getopt() function except the fact that by default, GNU style scanning is used. Let’s see an example script on how to use this function:

Before we establish an understanding, let’s run this script: We can even try running this script without any arguments: This describes default values which are assigned to values when no arguments are passed.

Don’t forget to try the argparse module if you want more flexibility.

In this lesson, we learned about various ways through which we can manage the command-line parameters with getopt module in Python.