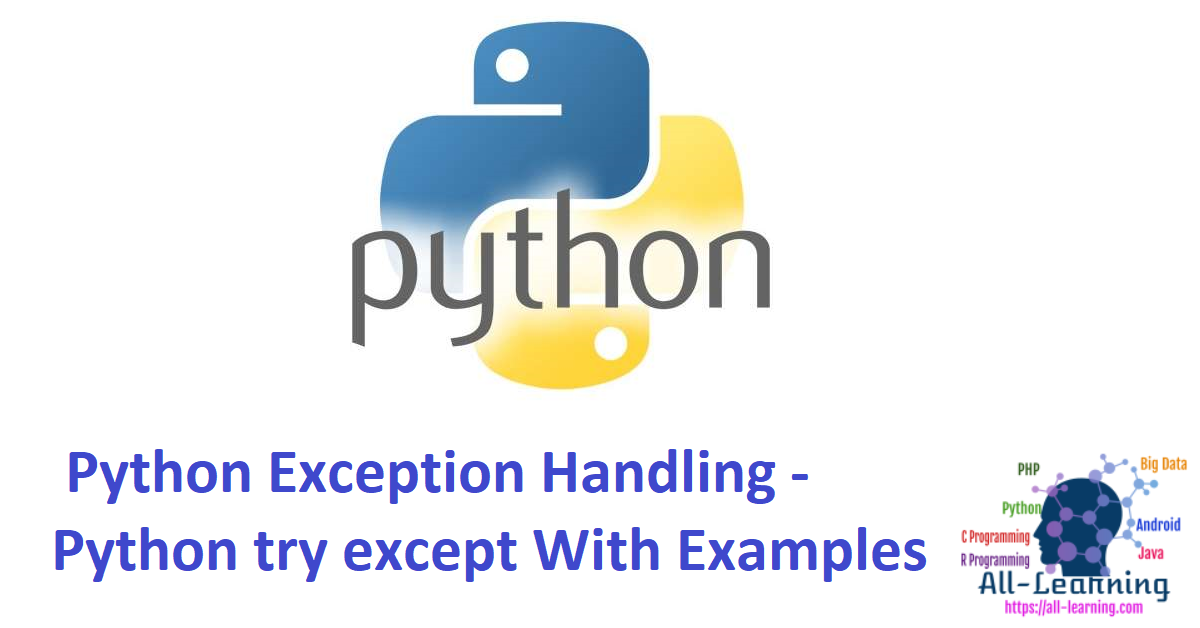 In our previous tutorial, we discussed about Python Directory. In this tutorial, we are going to learn Python Exception Handling. Python try except keywords are used for exception handling in python.

Basically, exception means something that is not expected. In real life, we are not interested to deal with exceptions. So there goes a proverb, “Exception is not an example”. But when we write programs, we have to think about exceptional cases. For example, if your user entered a string object while you were expecting an integer object as input, it will raise an exception.

Exception hampers normal program flows. If any exception happens, the programmer needs to handle that. Therefore, we are going to learn exception handling in upcoming sections.

List of some built-in python exceptions are given below.

Besides, you can find the list of all Built-in Exception in their official site.

While writing the code, some statements might suspicious for raising an error. Hence, those statements should be surrounded with a try-except-else block. For example, we will now raise an exception by our code. The following code will raise IndexError Exception.

If you try running the code, you will get below exception.

Because the size of the string type object ‘name’ is less than 15 and we are trying to access the index no 15. Have a look, the second print statement is not executed for that exception. So program crashes due to an exception. So, in the next code, we will handle this exception.

So, you can see from the above two examples that exception should be handled to avoid the program crash. In our first example, the last print statement was not executed because the program found exception before that. You can see that try except keywords are used for exception handling.

However, the second except keyword is used to catch multiple exceptions, as you see.

If you use except keyword without mentioning any specific exception, it will catch any exception that is raised by the program.

So, if you run the above code, we will get the output: So, that’s all for Python Exception Handling. Hope, that you understand well. For any query, please use the comment box. We will answer you.