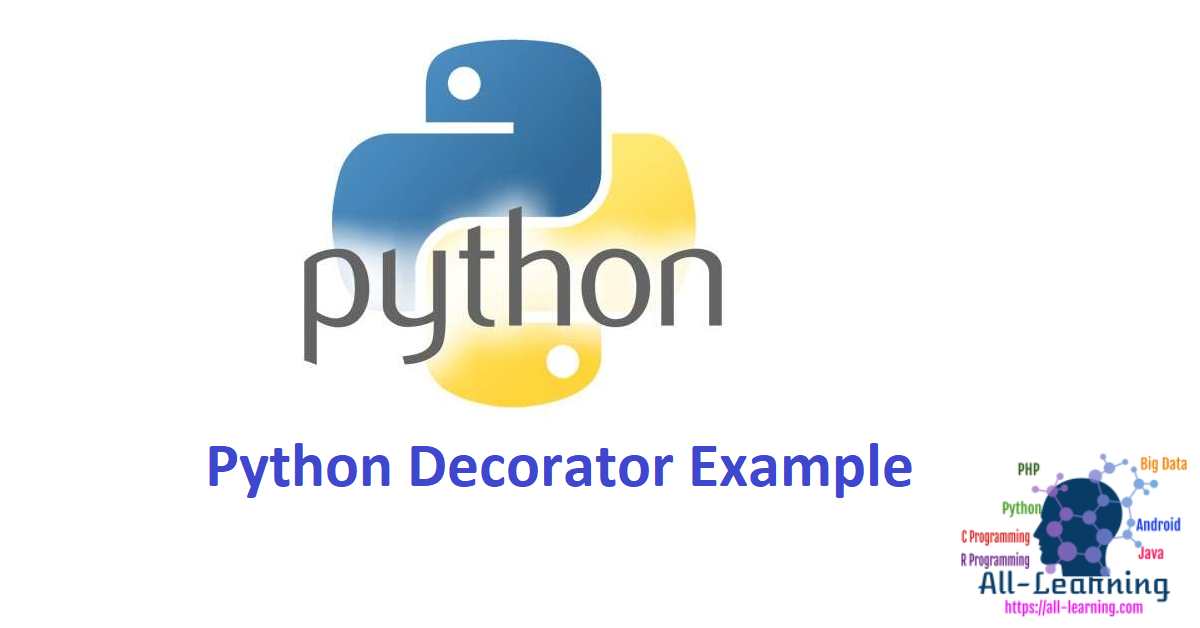 Hope all of you are fine and spending a very good time with python. Today we will learn about python decorator. As I defined earlier, python decorator is nothing but a decorator that decorates a function. For example, you have a flower vase in your home. Now you want to decorate it with some flower and some ornaments. Then you will be called as decorator and the flower and ornaments will be called additional functionalities.

Let’s have a look at the basic structure of a python decorator function.

Above code will produce following output: In the above code, in line 12 there is a special character @, which mainly indicates that the function which is defined just below it, will be decorated using the sampleDecorator function.

The above code can be interpreted as the following code assume that we don’t have line 12. Then if we want to get the same flavour then we have to override line 17 as following:

Consider the following code where the function we want to decorate, do have an argument. Notice how we are implementing the decorator python method. Remember the example of flower vase. We will give, the number of flowers that we want to put in.

Can you assume the output?? The output of the above code will be:

Now let’s simulate the above code. First in line 18, we call the function flowerVase(6). Then flow goes to line 13 and sees that this function is being decorated by another function named flowerDecorator. So it goes to line 1, where the flowerVase is sent as an argument.

Then we are adding some new functionalities (printing some message) to it and calling the actual function with parameter which was sent as argument to the flowerDecorator. And then finally we returned the newFlowerVase which received by line 18 and we get the output as we decorated it.

This is how a python function decorator work. If your actual function having more than one arguments then the inner function of the decorator will have the same number of parameter.

The following code will print the value of an array with respect to its index.

But what if we call the function for,

As we haven’t handled whether the given index value exceeds the size of the array or not. So now we will decorate this function as following:

Now it will output as below image. So now we have handled the possible error of array out of bound exception. That’s all about python decorator example and how it works.