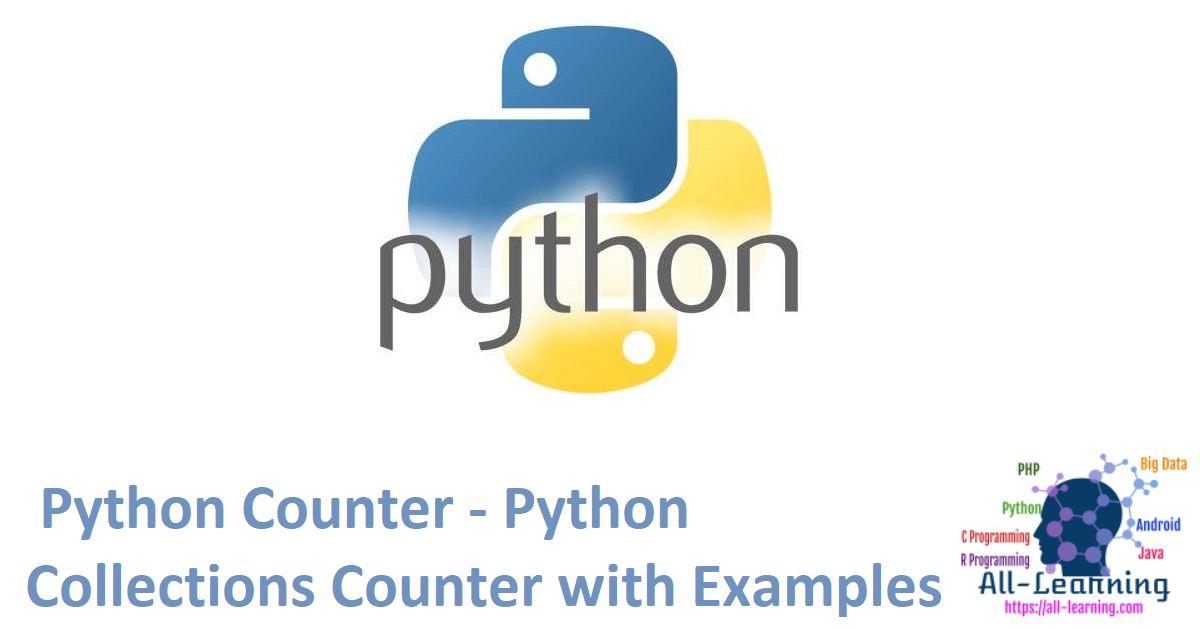 Python Counter class is part of Collections module. Counter is a subclass of Dictionary and used to keep track of elements and their count.

Counter is an unordered collection where elements are stored as Dict keys and their count as dict value.

Counter elements count can be positive, zero or negative integers. However there is no restriction on it’s keys and values. Although values are intended to be numbers but we can store other objects too.

We can create an empty Counter or start with some initial values too.

As I mentioned above, we can use non-numeric data for count values too, but that will defect the purpose of Counter class.

Let’s look into Counter class methods and some other operations we can perform on it.

Getting Count of Elements

If we try to get the count of non-existing key, it will return 0 and not throw KeyError.

We can also set the count of existing element in the counter. If the element doesn’t exist, then it gets added to the counter.

Deleting an element from Counter

We can use del to delete an element from the counter object.

This method returns the list of elements in the counter. Only elements with positive counts are returned.

Above code will print “Dog” two times because it’s count is 2. Other elements will be ignored because they don’t have positive count. Counter is an unordered collection, so elements are returned in no particular order.

We can perform some arithmetic operations on Counters too, just like numbers. However only elements with positive count are returned with these operations.

Let’s look at some code snippets for miscellaneous operations we can perform on Counter objects.

That’s all for Python Counter class.