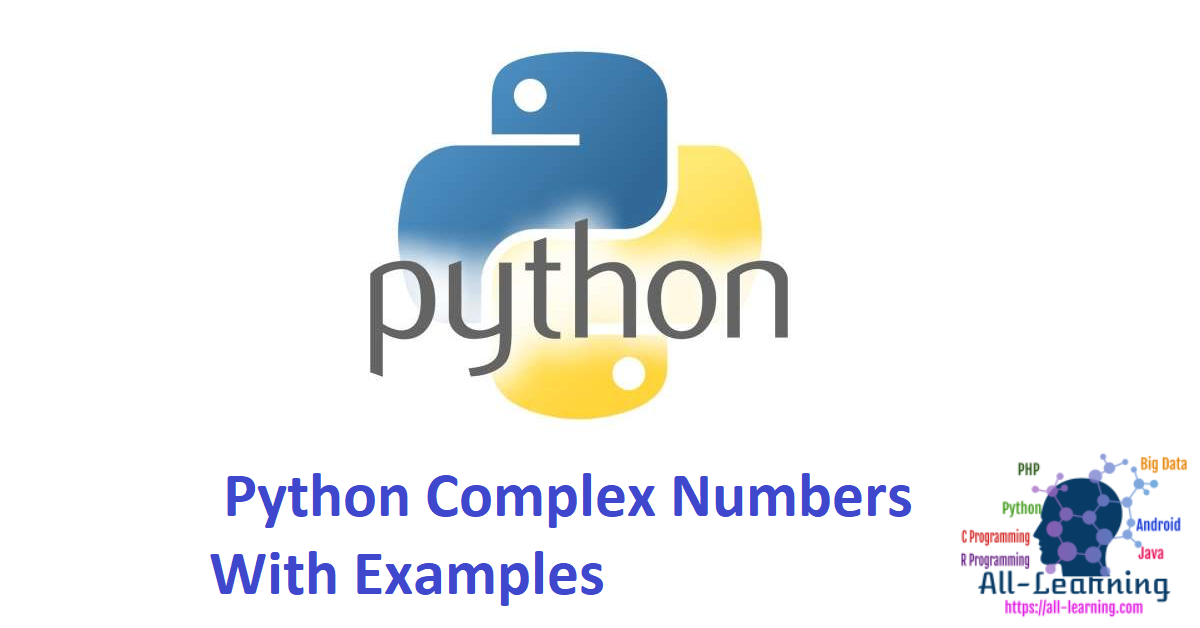 Complex numbers are mostly used where we define something using two real numbers. For example, a circuit element that is defined by Voltage (V) and Current (I). They are mostly used in geometry, calculus and scientific calculations.

Let’s first learn how to create complex numbers in python.

Let’s look at some attributes and instance functions of complex numbers.

Complex numbers don’t support comparison operators. If we try to execute c < c1 then the error message will be thrown as TypeError: '<' not supported between instances of 'complex' and 'complex'. Note that the phase returned by math and cmath modules are in radians, we can use numpy.degrees() function to convert it to degrees. The range of phase is from -π to +π (-pi to +pi) in radians and it’s equivalent to -180 to +180 degrees.

We can use cmath.rect() function to create a complex number in rectangular format by passing modulus and phase as arguments.

There are a bunch of constants in cmath module that are used in the complex number calculations.

There are some useful functions for logarithmic and power operations.

The output of each statement is provided in the comments.