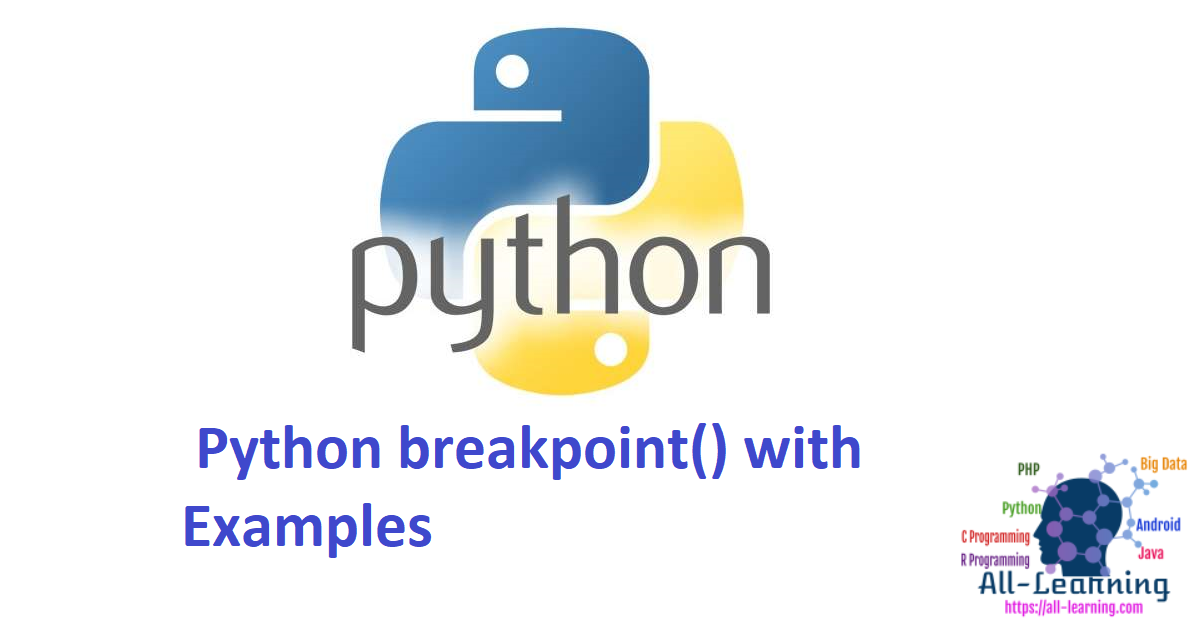 Python breakpoint() is a new built-in function introduced in Python 3.7. Python code debugging has always been a painful process because of tight coupling between the actual code and the debugging module code.

That’s why Python 3.7 has introduced breakpoint() method that allows us to write loosely coupled debugging code.

Let’s look at a simple example of breakpoint() function usage. We have a python script python_breakpoint_examples.py with following code.

When we execute this script, PDB debugger console opens up.

If it’s set to “0” then the function returns immediately and no code debugging is performed. It’s very helpful when we want to run our code without debugging.

We can use PYTHONBREAKPOINT environment variable to provide the debugger method to be called by breakpoint() function. This is very helpful because we can change the debugger module easily without making any code change.

Let’s say we want to use web-pdb debugger. We can easily hook it into our program using PYTHONBREAKPOINT=web_pdb.set_trace.

First of all, make sure that web-pdb is installed. You can install it using pip3.7 install web-pdb command.

According to web-pdb documentation, it’s compatible with the new breakpoint() function added in Python 3.7.

Open the web-server URL provided in the console log and you will see the debugger window like below image.

We can issue PDB commands using this UI, you can send command “c” to continue and complete our program.

Python breakpoint() function is a very helpful addition to python debugging feature. It’s recommended to use this for debugging so that you can easily hook other third-party debuggers on the fly. It also provides an easy option to disable debugger and runs the program normally.