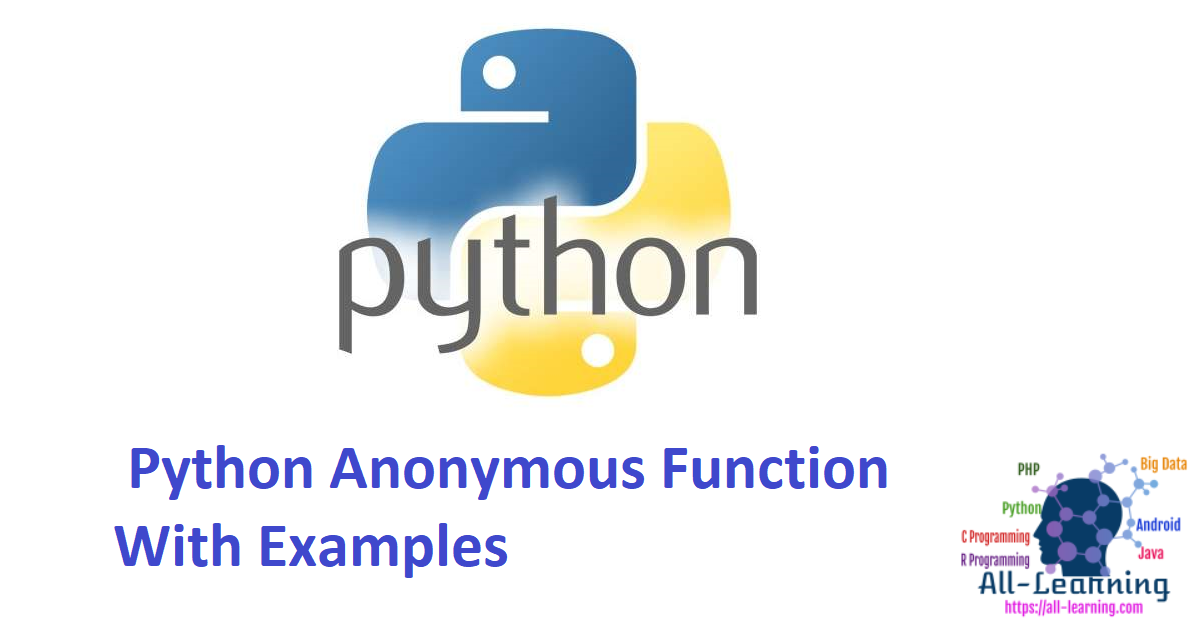 Welcome to Python anonymous function tutorial. In the previous tutorial we learned about Python Recursion.

Look closely, that while taking one or more arguments the anonymous function has only one expression. So, if we want to make a function which will calculate sum of two number. The following code will do so;

But, we can convert this function to anonymous function. The code will be like this

Why Should We Use Python Anonymous Function

Some Use of Lambda/Anonymous Function

Now, we are going to see some common use of lambda. By using map() and filter() function we can change a list using anonymous function. For example, we want increment all the numbers in a list by n. To do so, the code should be like this Similarly, if we want to store the common elements of two list into new list, we can use filter. To check if the an element is in List2, we used lambda function. The example code is given below

The output of the above program will be