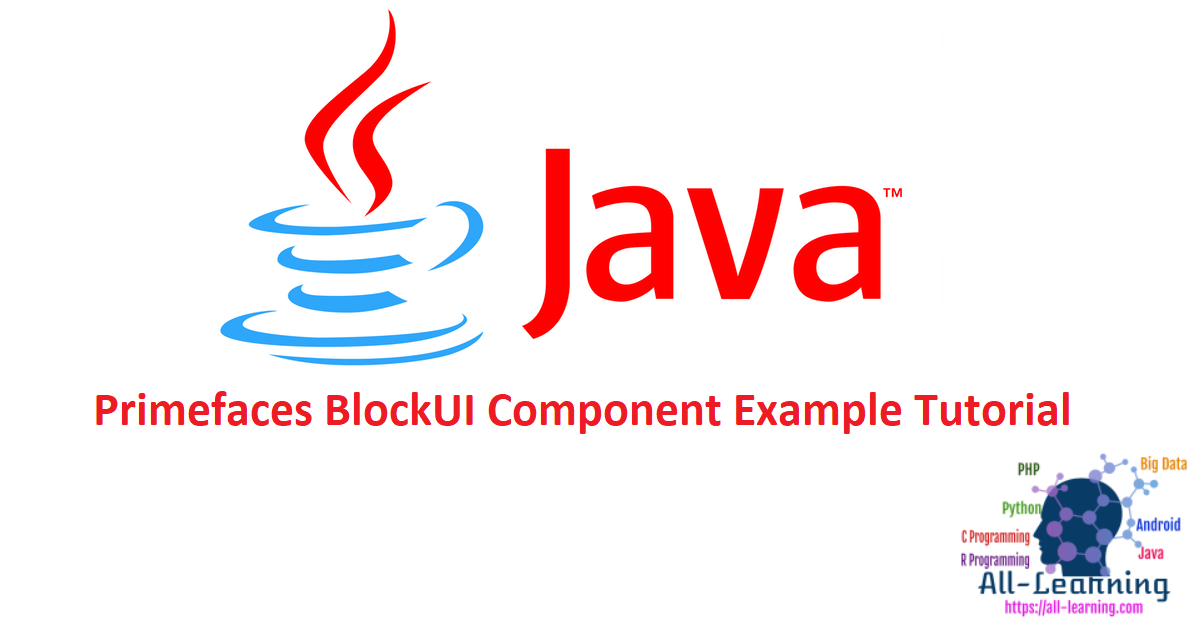 Getting Started With Primefaces BlockUI

Here is the detailed explanation for the above example:

Result of executing code above will be like below: 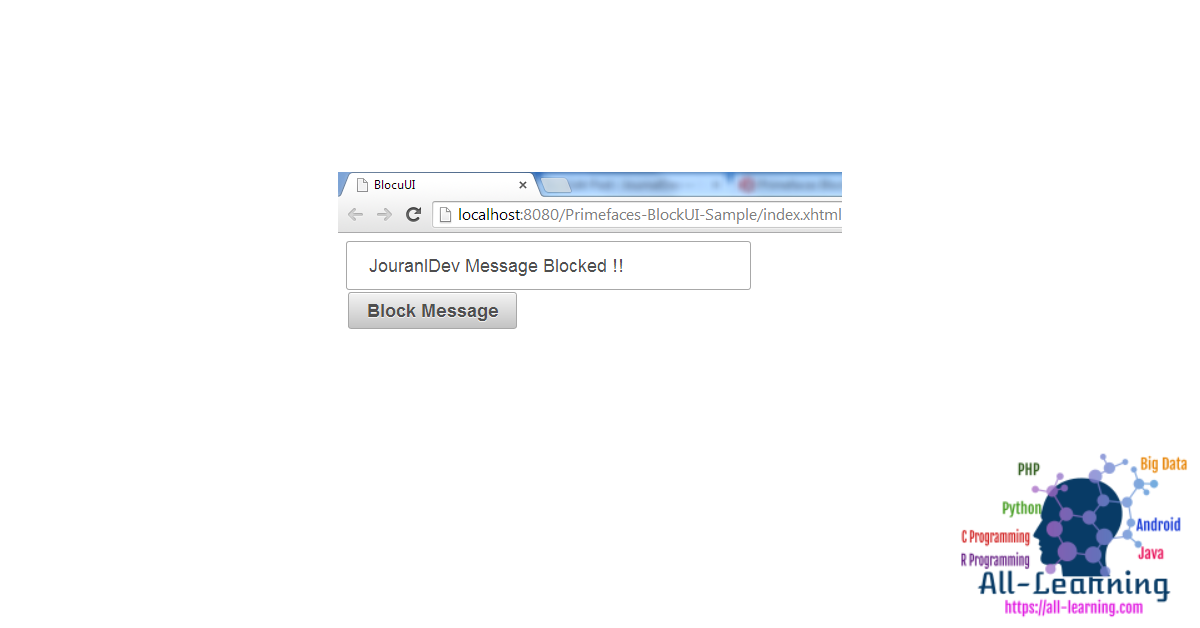 The message shown above isn’t blocked and so it’s selectable and readable. 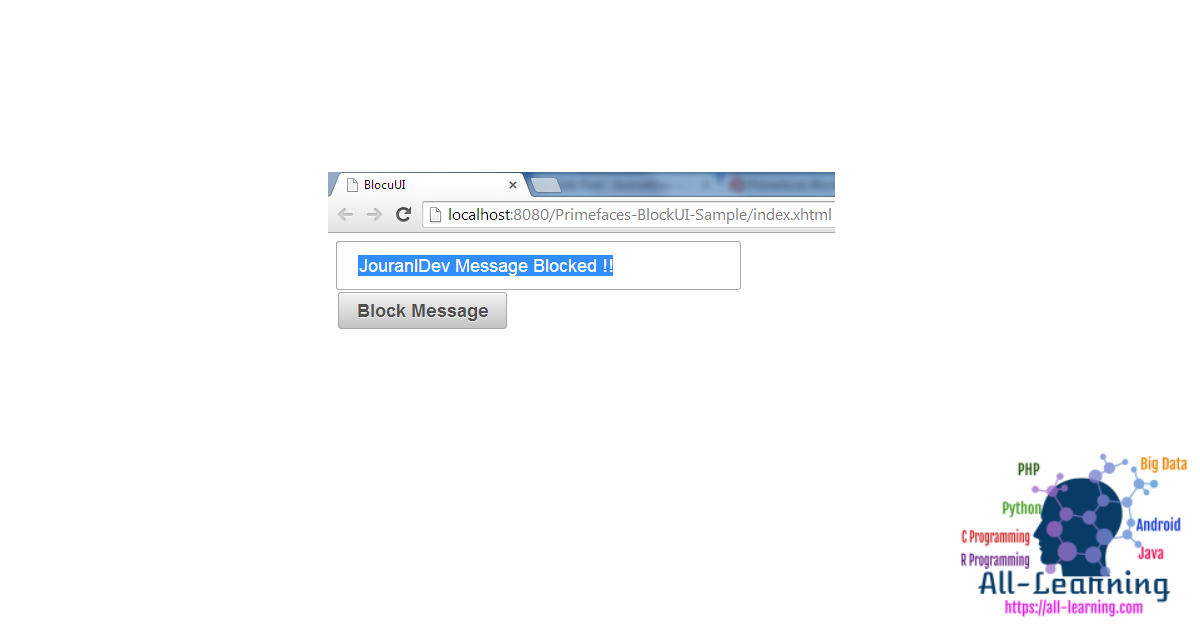 Once the block messages action get activated the panel component will be blocked. 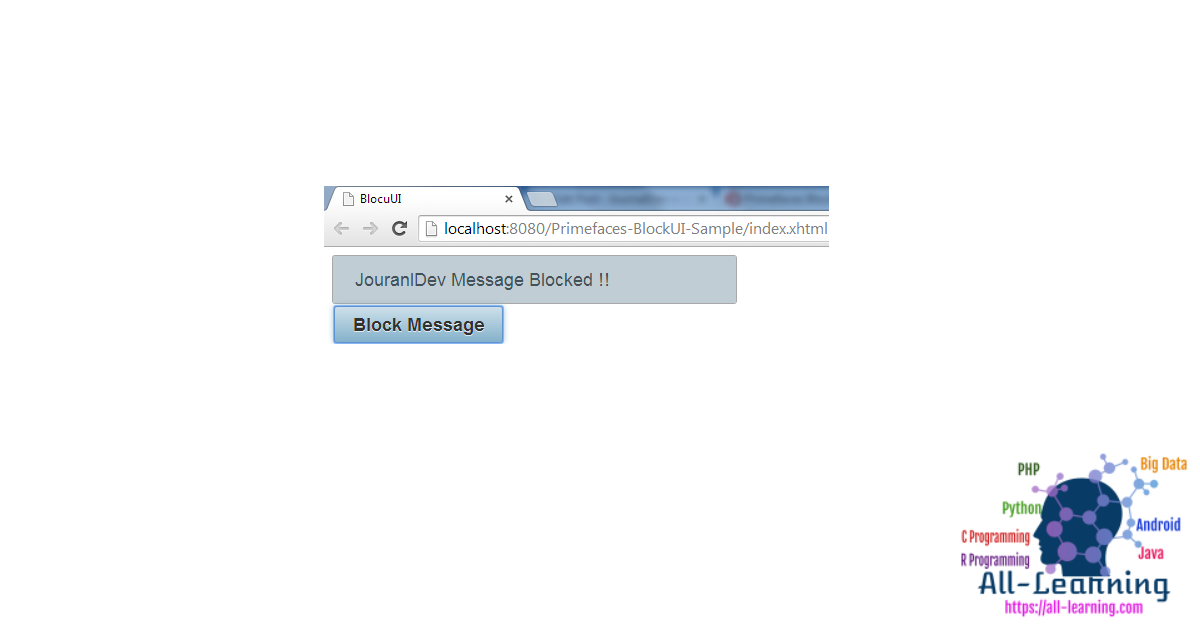 Panel component above isn’t selectable now and you are about learning how do you make it invisible.

As we saw, a blockUI component has been used for blocking already rendered component within your view by activating certain action source. Now, it’s time for achieving the same principle but this time using two different action sources.

Here is a detailed explanation for the code listed above:

The result of executing the above code is like below: 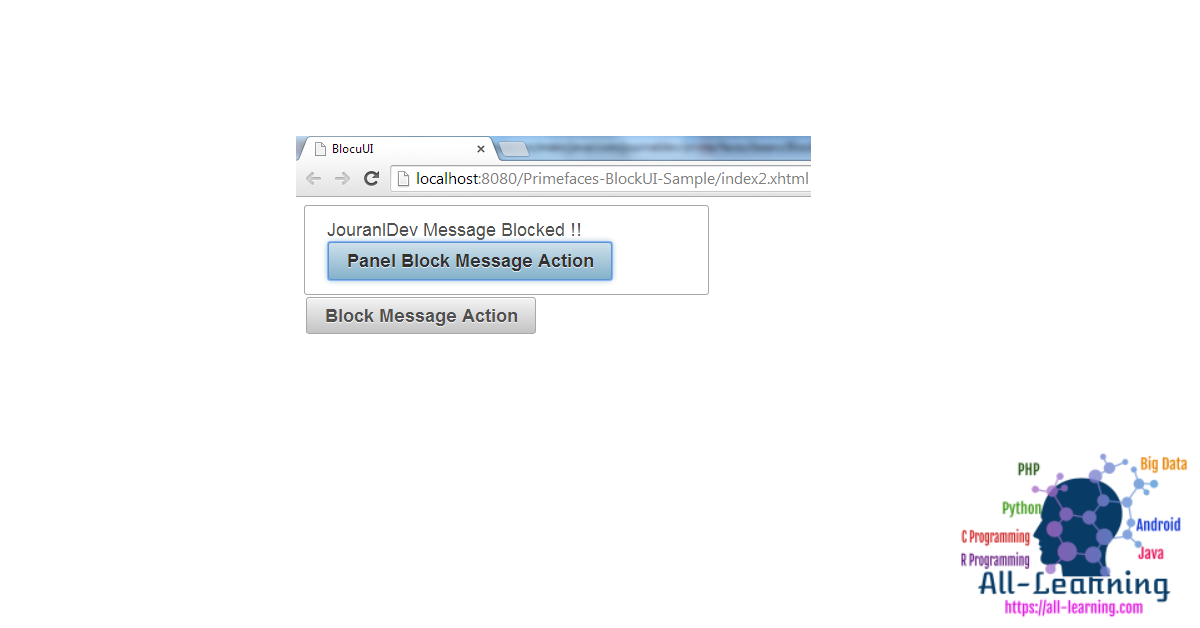 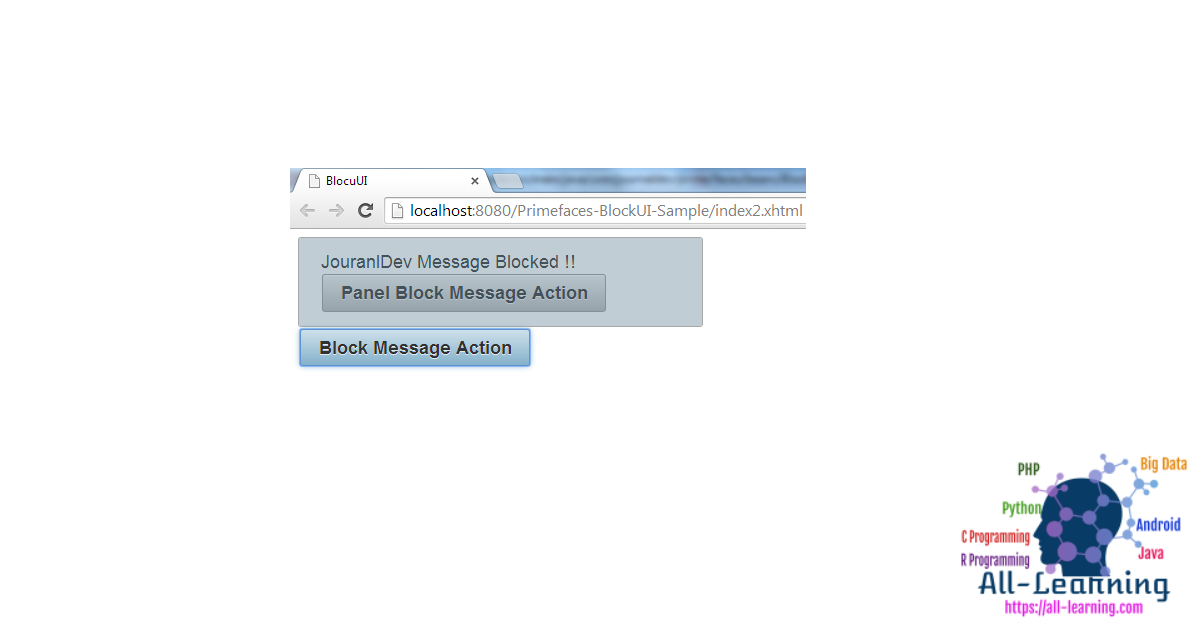 By associating the BlockUI component with any components you desire like graphicImage, you are about getting custom content displayed when the BlockUI get shown. In the below sample we will use an image like ajax loader as custom content for hiding the content of the blocked component. 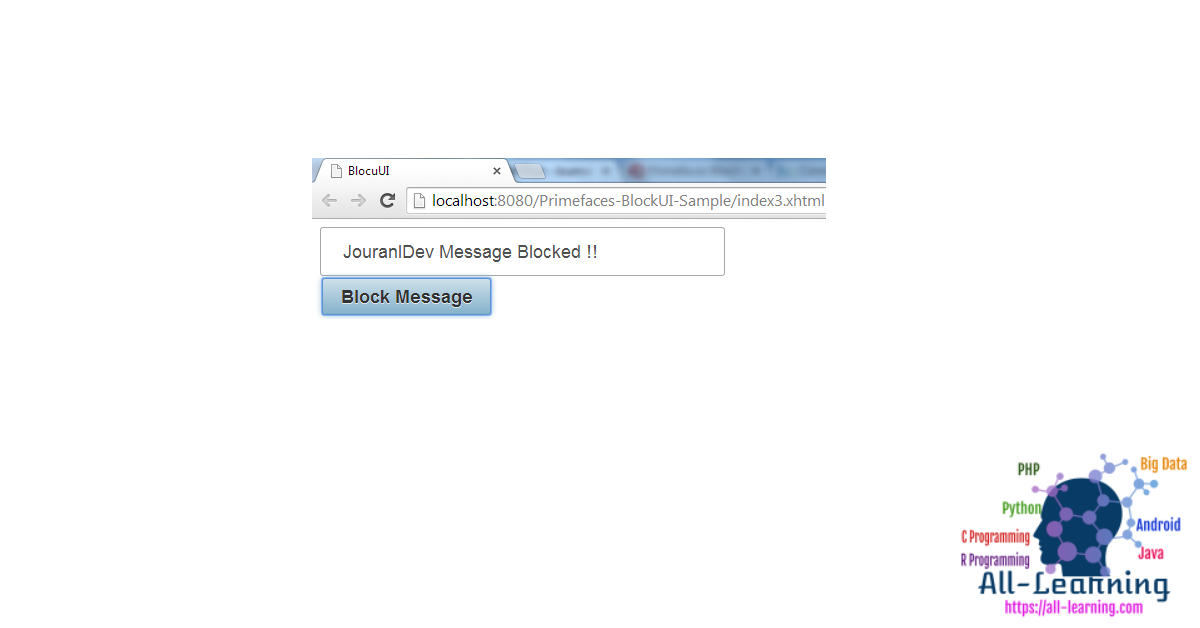 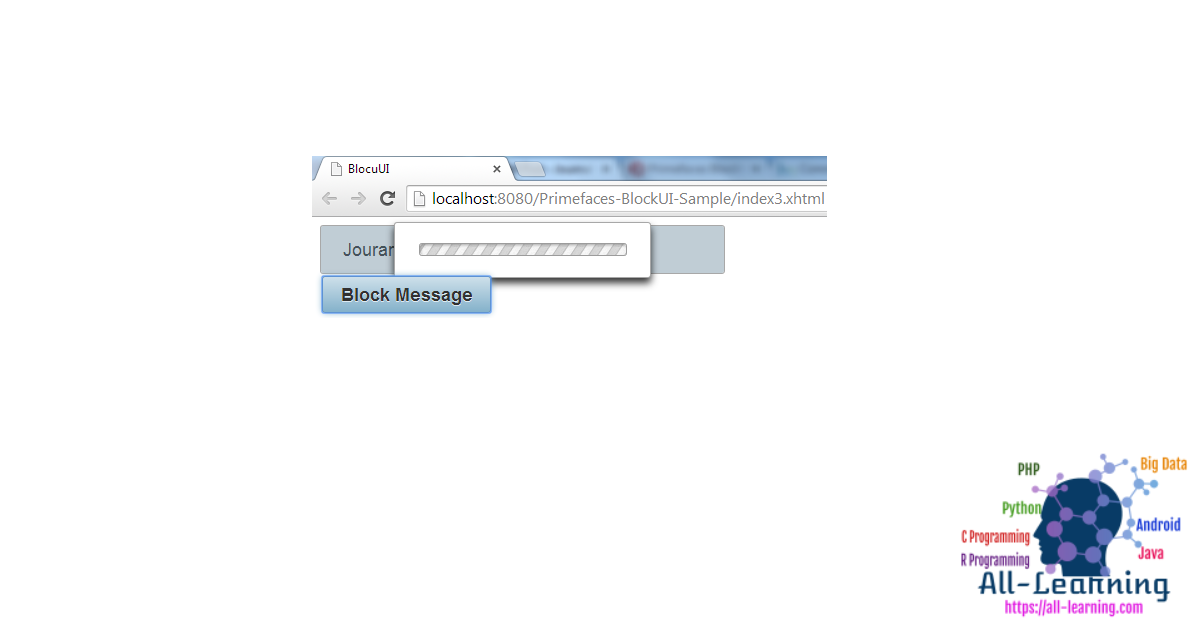 Primefaces provides you the ability to manipulate and control the components of your view using the client side API. Defining widgetVar attribute will help you controlling the component and consequently invoking all of those behaviors that the controlled component provide. BlockUI component provides you two client side methods might be invoked by the JavaScript code. Show() & hide() are mainly the only methods available for BlockUI that get it blocked and unblocked respectively. Below sample shows you the mechanism of how can you control the BlockUI component using two JavaScript functions.

The result of executing the above code it will be: 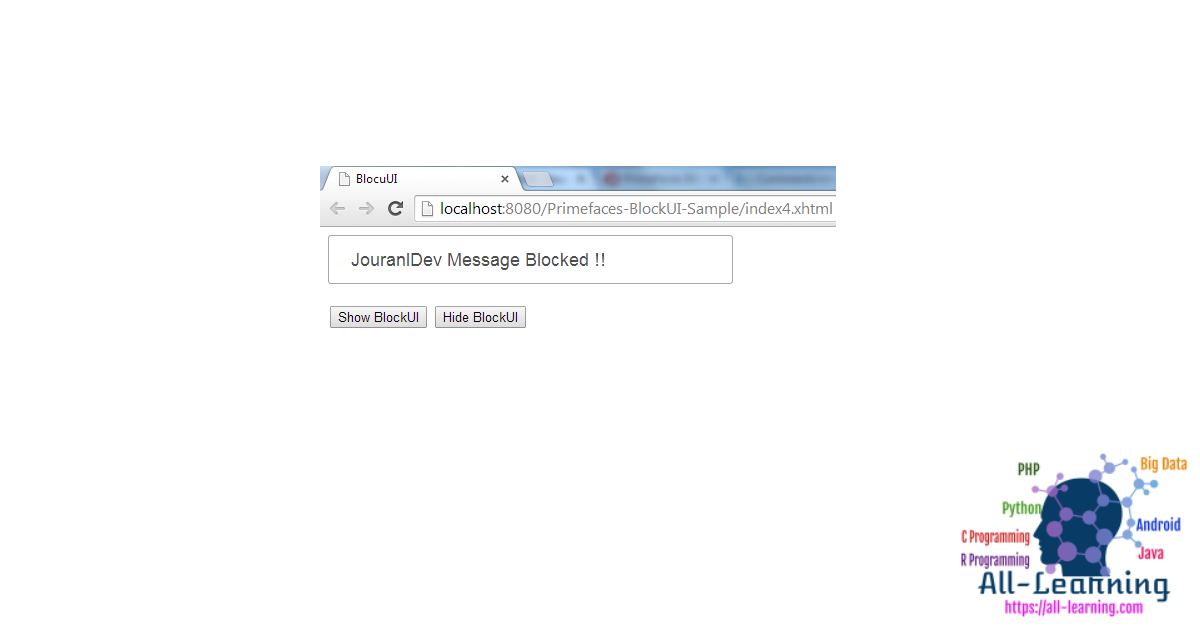 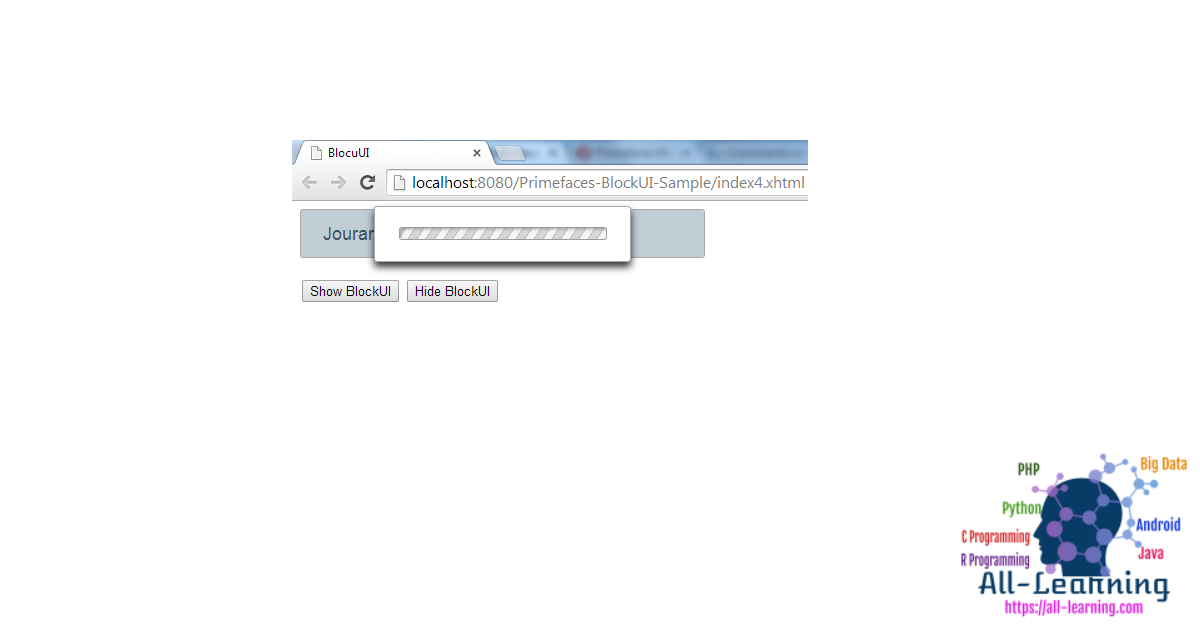 The panel component will get blocked once the ShowBlockUI HTML input has activated where the HideBlockUIwill cause the panel to get unblocked. 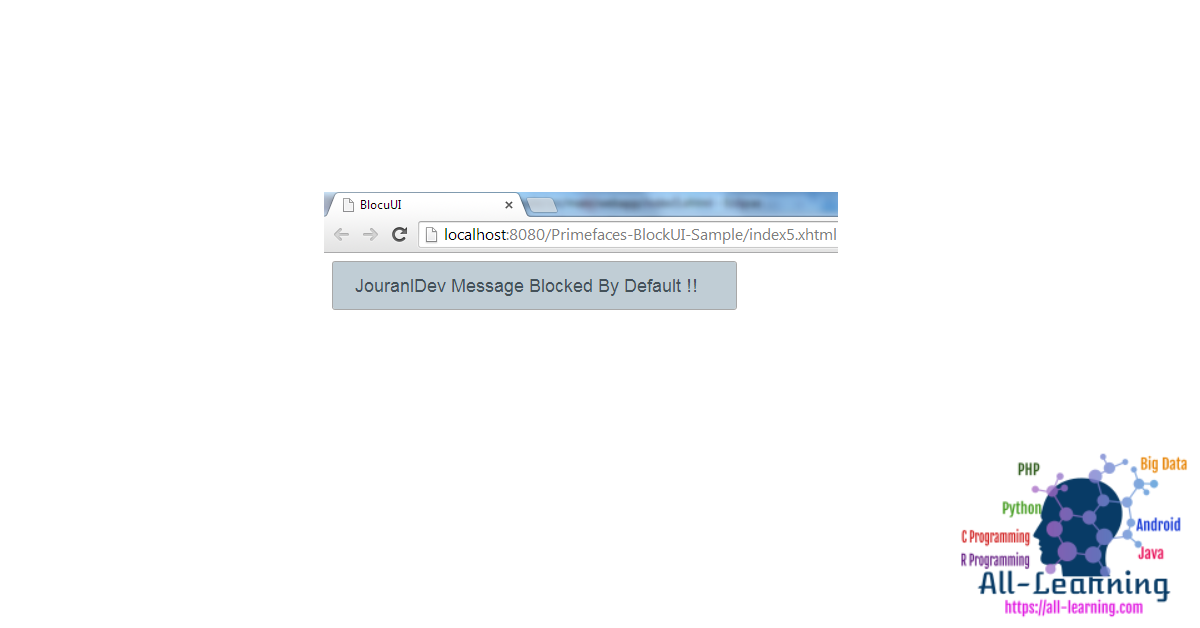 Primefaces BlockUI is a Primefaces component used for blocking component or set of components. This tutorial provides you complete samples that discusses the different business scenarios in which the BlockUI are used. You can download the sample project from below link.