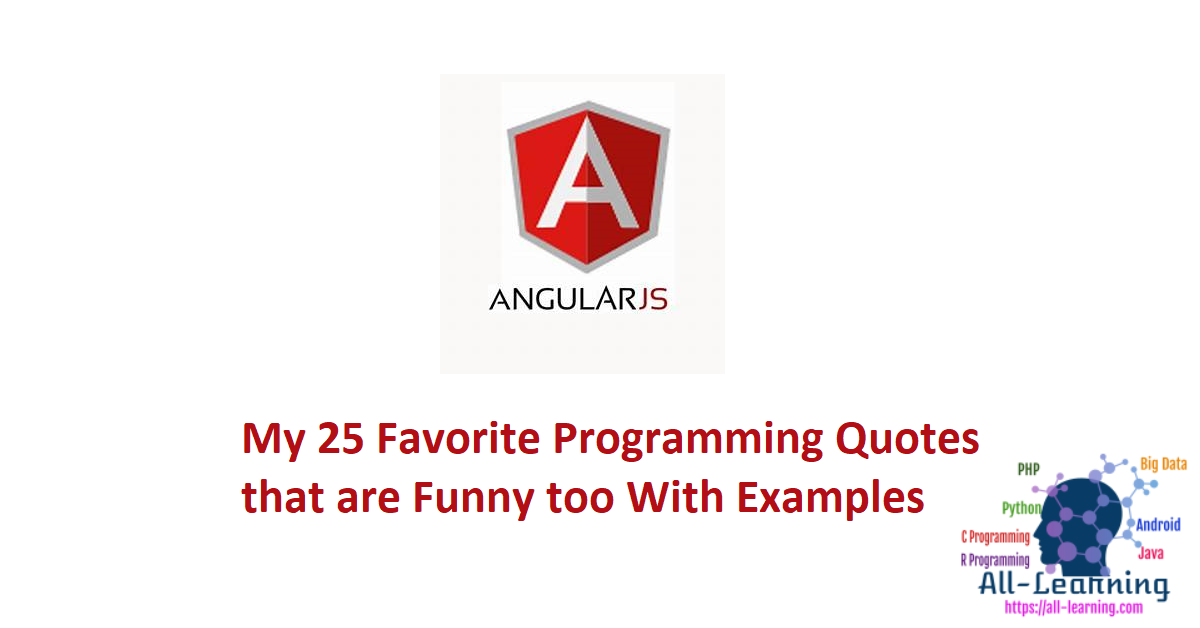 Here are 25 of the funny programming quotes in random order.

So what are your favorite and funny quotes? Please share with all of us.