Method Overloading in Java With Examples Let’s look into some examples of method overloading in java.

The snippet above shows a classic example of Method Overloading. Two gatherInput() methods are declared under GetAverage Class. In usual cases, java compiler would display the error: Duplicate method gatherInput() in type GetAverage. However, in this case, we see that the two methods possess different argument list, which makes this approach in java permissible.

Instances where Method Overloading is permissible

Instance where Method Overloading is Impermissible 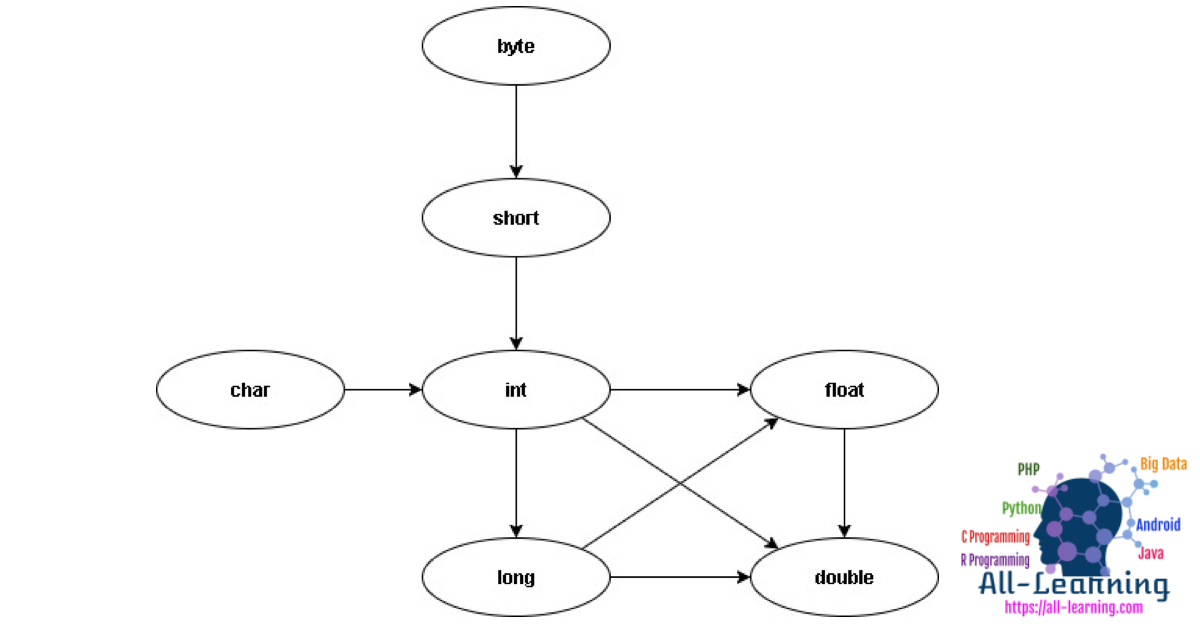 As can be observed from the above diagram, byte may be promoted to short. Int data type have three possible promotions: double, long, or float.

Type Promotion goes hand in hand with Method Overloading in Java. Type Promotion extends the logic of method overloading when it comes to deciding which overloaded method is used, in cases where values passed does not coincide with any of the parameter data types established.

Note: Passed value data type is automatically promoted to its data type next in line (refer to figure above), if no matching data type is found.

Let’s look into some of the examples of type promotion and overloading in java.

Two integers are passed in overloaded add() method. Since no overload methods possess (int, int) arguments, the passed values will be promoted to the nearest bigger type i.e. long.

Here the nearest bigger type for int is float, hence the output.

Here java compiler will produce error as The method add(double, int) is ambiguous for the type TypePromotionExample. It’s because both methods are applicable and type conversion is required for any one of them to execute, so java compiler can’t decide which one to go for.

Let’s look at some code snippets for method overloading use case, whether they are valid or not.

That’s all for method overloading in java.