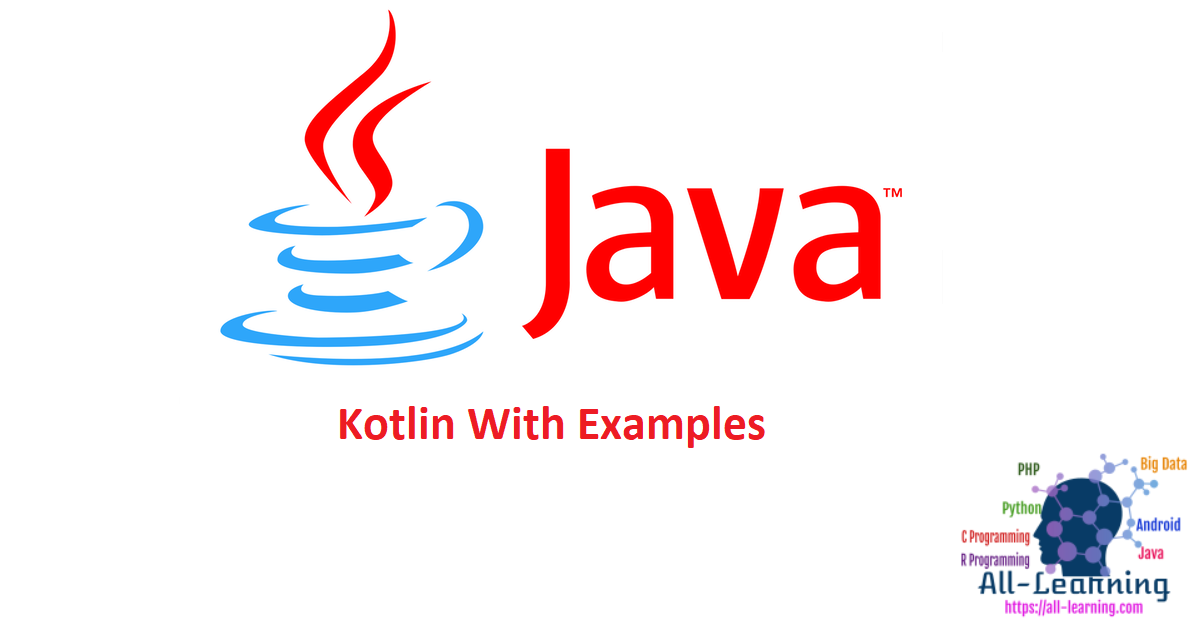 Ever since Google has made Kotlin an official language for Android, the programming language is becoming increasingly popular among developers all around the globe. Some of the questions are:

In this tutorial, we’ll be answering all these questions and discuss the nitty gritty details from the beautiful world of Kotlin.

Why migrate from Java to Kotlin?

Why are Android Developers migrating to Kotlin?

Besides the above-mentioned pros of Kotlin over Java, two major reasons that are causing the adopting of Kotlin for Android Development are:

It’s time that the Android Developers start reaping the benefits of Functional Programming.

Hold on, Java 8 supports Functional Programming through lambda expressions. So why use Kotlin instead?

As of writing this tutorial, Android fully supports Java 6 only. Java 7 is used since Android API 19. But still more than 50% devices currently are API<19. We’re unsure when would Java 8 support 100% Android devices. This is where Kotlin comes to our rescue. It’s independent of the Android OS. Hence, Kotlin can be updated anytime and the latest features can be used anytime unlike Java.

Thanks to the short and concise syntax in Kotlin, it reduces our boilerplate code in Android.

Sooner you’ll see that the following Java code can be reduced to a much shorter Kotlin code.

Getting Started with Kotlin Programming

There are a few ways to run your Kotlin program:

Download the IntelliJ Community version and get started with your Hello World Kotlin Program below. 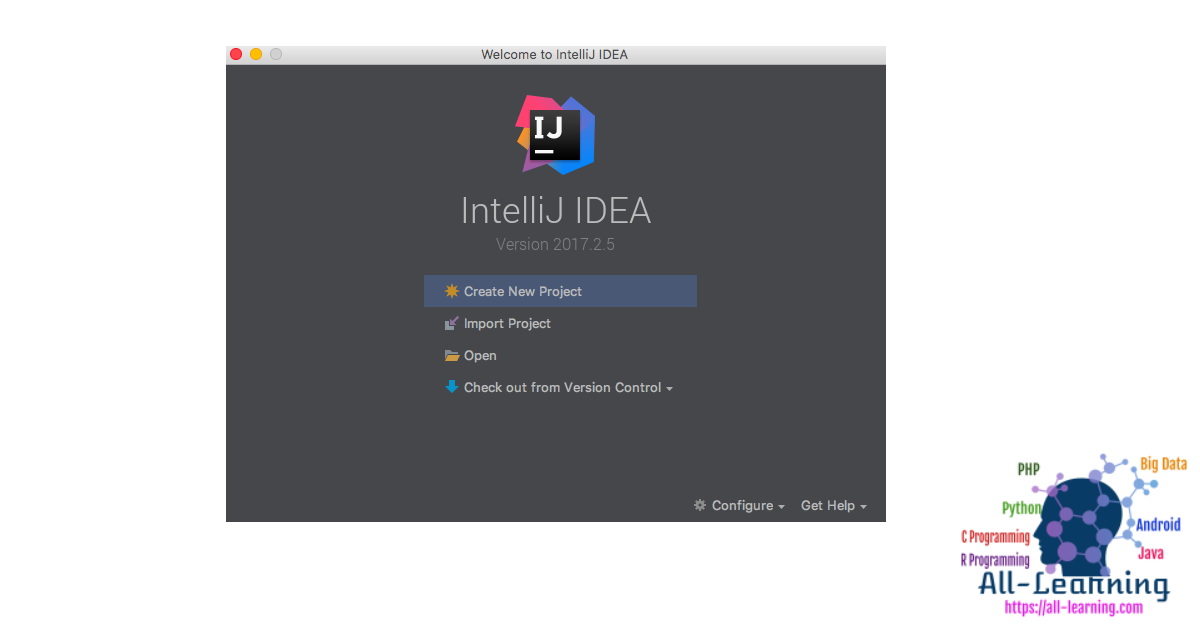 Having created the HelloWorld.kt file, let’s write our first program.

There’s the Kotlin syntax. Don’t worry, we’ll be covering each of the elements of Kotlin at length in the following tutorials. For now, following are important points to remember.

Isn’t the Kotlin code so short and concise!
Note: We haven’t imported the Array clss in the HelloWorld.kt file. That’s because the Kotlin standard library comes up with a bunch of default imports.

The following section demonstrates setting up a Kotlin application in Android Studio.

Create a new Kotlin file/class in the newly created Module. Your Project Structure should look like this: 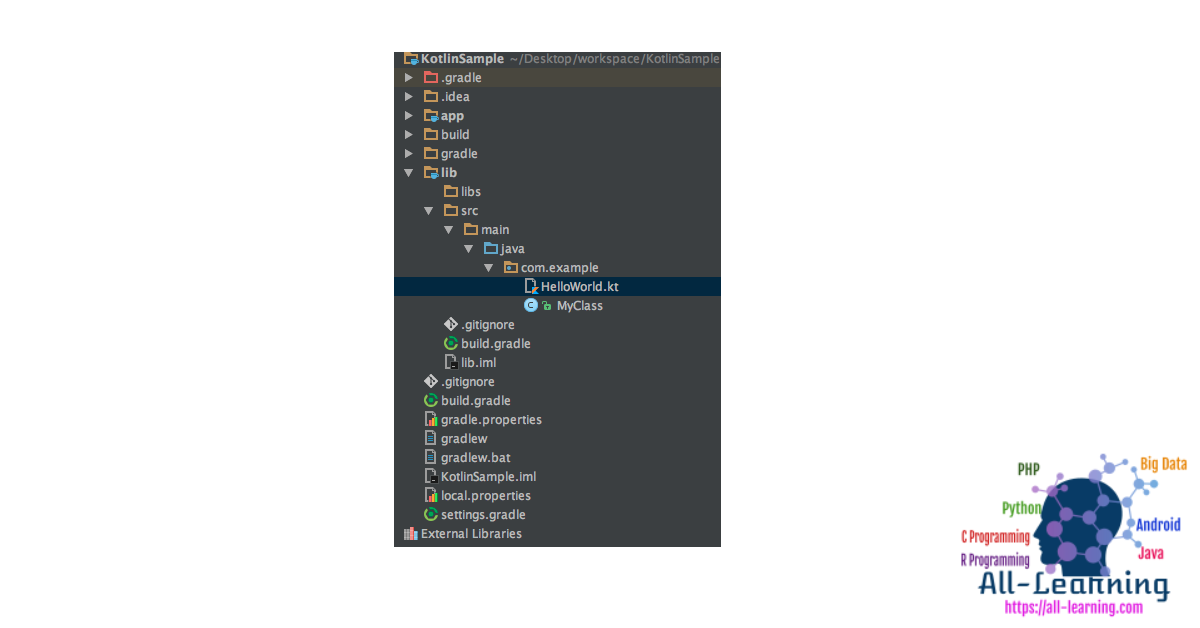 Your Android Studio IDE should show a Configure option, since the Kotlin plugin hasn’t been configured in our module yet. Alternatively goto Tools -> Kotlin -> Configure Kotlin in Project would also do.

Now that Kotlin is configured. You need to Edit the Build configurations as shown below: 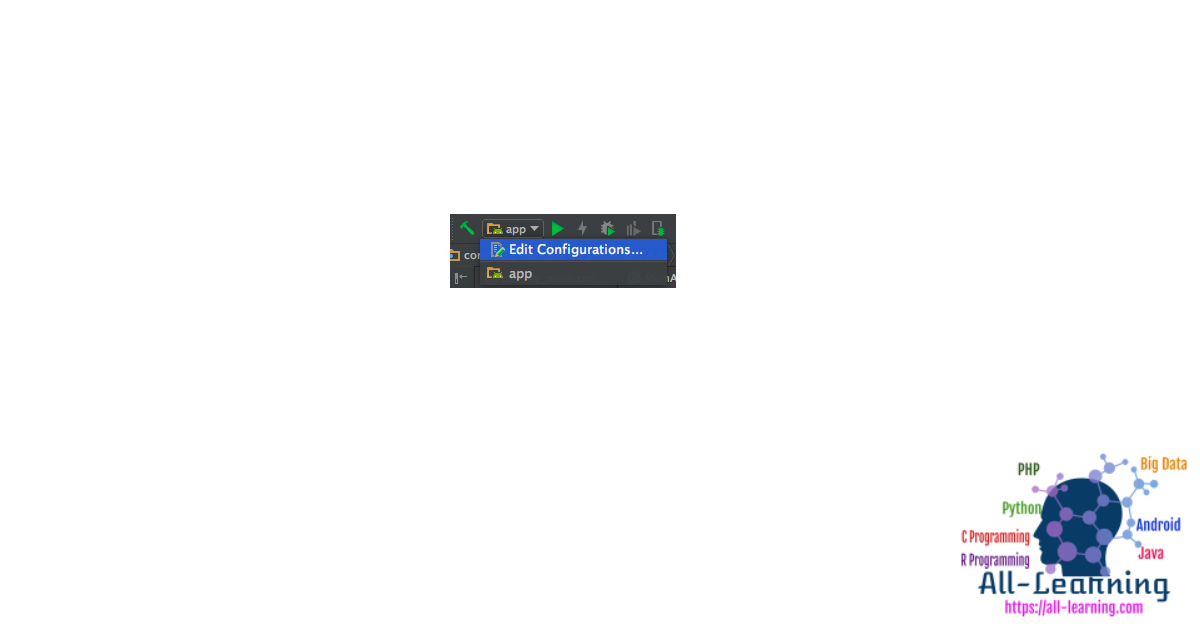 Add a new Application configuration from the symbol +. Enter the relevant class and module names as shown below.

Our Kotlin application is now ready to run. You can perform the same operation to create a build configuration for the Java application.

Kotlin plugin is already present in Android Studio 3.0. You just need to select “Include Kotlin Support” whilst creating a new project to have Kotlin configured throughout the project.

This brings an end to brief introduction of Kotlin programming language. There’s a lot of exciting stuff to do in Kotlin. We’ll be taking them one at a time. Stay tuned!