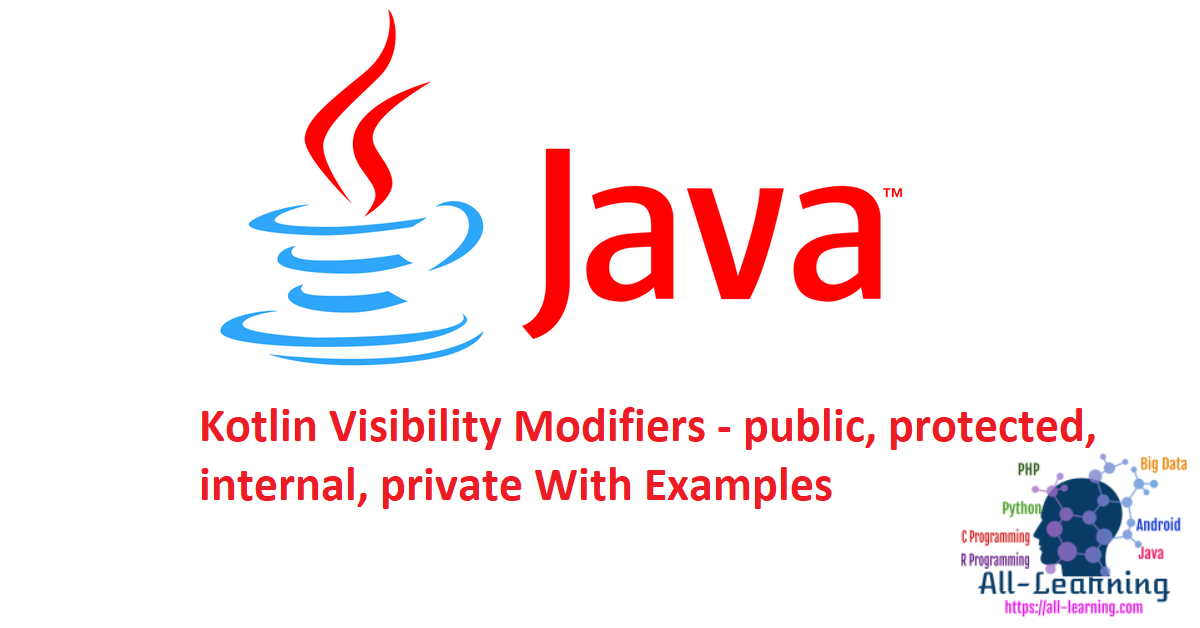 In this tutorial, we’ll be discussing the various Visibility Modifiers available in Kotlin programming.

Visibility Modifiers are modifiers that when appended to a class/interface/property/function in Kotlin, would define where all it is visible and from where all it can be accessed.
The setters of properties in Kotlin can have a separate modifier from the property. The getters can’t have a visibility modifier defined. They use the same modifier as that of the property.

Following are the visibility modifiers:

A Public Modifier is the default modifier in Kotlin. Just like the Java public modifier, it means that the declaration is visible everywhere.

All the above declarations are the in the top level of the file. ALL are public.
If we don’t mention the declaration of the members of the class, they are public(unless they are overridden).

A Protected Modifier in Kotlin:
CANNOT be set on top-level declarations.
Declarations that are protected in a class, can be accessed only in their subclasses. 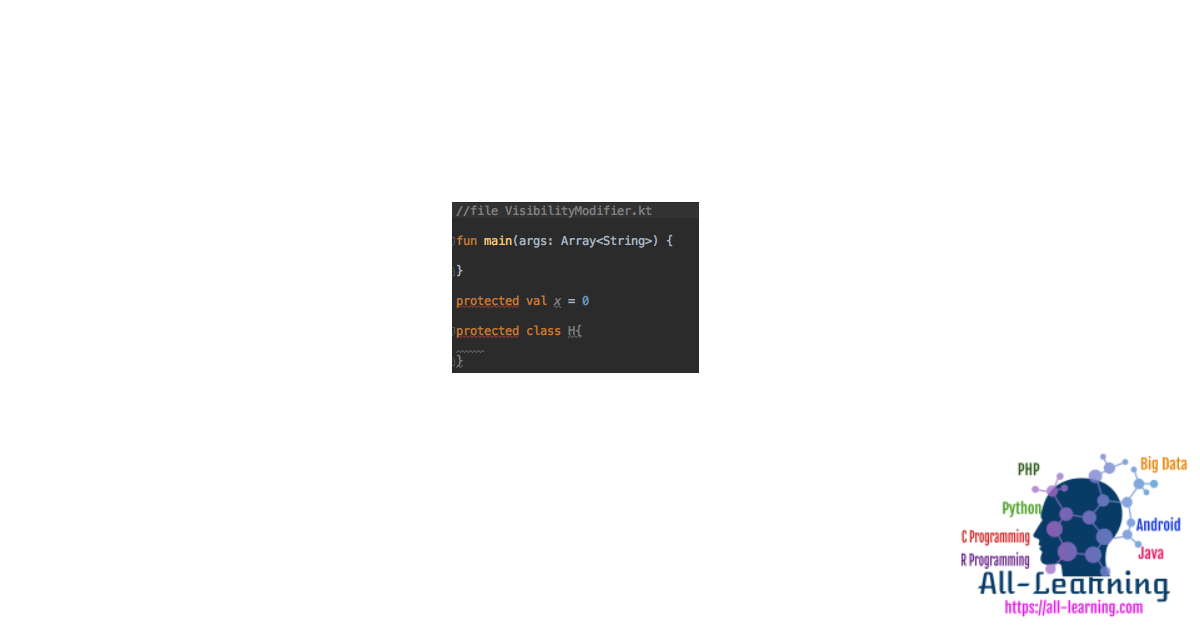 Classes which are not a subclass of Pr cannot access i

Declarations that are protected, when overridden would have the same protected modifier in the subclass unless you explicitly change them.

The concept of Protected Modifiers in Kotlin that’s defined above differs from that in Java.

Internal is a new modifier available in Kotlin that’s not there in Java.
Setting a declaration as internal means that it’ll be available in the same module only.
By module in Kotlin, we mean a group of files that are compiled together.

These won’t be visible outside the current module.
Internal Modifiers is useful when you need to hide specific library implementations from the users.
This wasn’t possible using the package-private visibility in Java.

Private Modifiers do not allow the declarations to be visible outside the current scope.

x is visibile only from inside its class.

We can set private constructors in the following way:

Thus Kotlin uses the protected and internal modifiers differently from Java. Also Java’s default modifier is package-private which doesn’t exist in Kotlin, yet.

This brings an end to this quick tutorial on Visibility Modifiers in Kotlin.