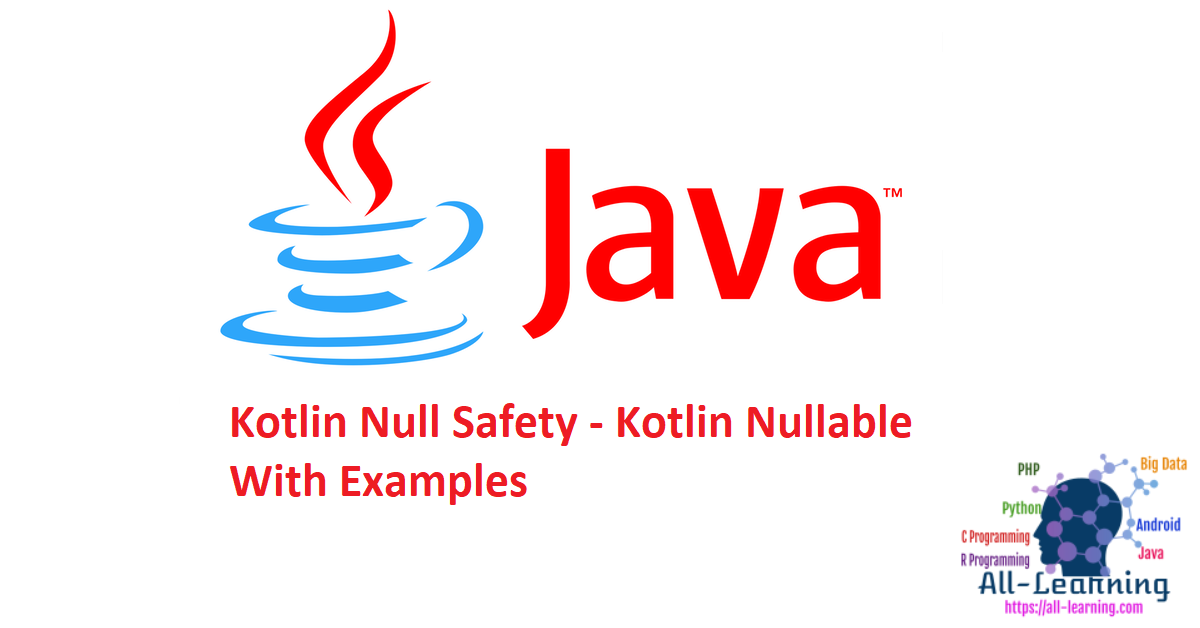 In this tutorial, we’ll look into Kotlin Null Safety. NullPointerException is one of the most common type of bugs any programmer witnesses in their projects. Let’s see how Kotlin deals with it.

Kotlin compiler by default doesn’t allow any types to have a value of null at compile-time.
For Kotlin, Nullability is a type. At a higher level, a Kotlin type fits in either of the two.

Nullability as a Type

We can’t define the following syntax in Kotlin.

To set a type as Nullable we need to append a ? to the type as shown below.

Now whenever we access a Nullable Referernce, we need to handle the null cases carefully.
Note: Adding a ? changes the type of a variable from String to String?, Int to Int? and so on.
The most common way is using the if else statements as seen below.

Now the above approach can lead to plenty of if else nested brackets. Kotlin does provide a simpler way to access nullable references using Safe Calls.

To call a function or a property over a variable, we typically do the following thing.

The dot reference can’t be used when the Nullable reference holds a null value.
Hence, Kotlin provides us with a safe call operator to use over Nullable References as shown below.

The safe call ?. executes the relevant call only when the value is non-null.
Else it prints a null for you.

Safe calls are handy when you need to keep nullability checkers over multiple variables as shown below.

There’s another way to call properties on a nullable reference.

Contrary to the safe calls, the !!, also known as the not-null assertion, converts the nullable reference into its non-nullable type irrespective of whether it’s a null or not. This should be used only when you’re certain that the value is NOT NULL. Else it’ll lead to an NPE exception.

The ? operator can be used for preventing ClassCastException as well(another commonly seen exception).

In the above code, we’re safe cast the variable b using

. If the cast isn’t successful, the value is set to null thereby preventing ClassCastException.
Another example:

Up until now, whenever the safe call operator returns a null value, we don’t perform an action and print null instead. The Elvis operator ?: allows us to set a default value instead of the null as shown below.

The elvis operator is equivalent to the following:

Let function executes the lamda function specified only when the reference is non-nullable as shown below.

also behaves the same way as let except that it’s generally used to log the values. It can’t assign the value of it to another variable.
Here’s an example of let and also changed together.

Note: The statement present inside let can’t be placed in also. Vice-versa can work though.

We can filter out Null Values from a collection type using the following function:

Since Java doesn’t force you to state type as Nullable or Non-Nullable type, Kotlin compiler doesn’t give an error for the following:

If you set the Java Annotation @Nullable or @NotNull, the Kotlin compiler would consider them as Nullable or Not Nullable References.
Remember : Nullable references require a ? in Kotlin.

The Kotlin Project below contains various sub-topics we’ve covered in Kotlin till now. 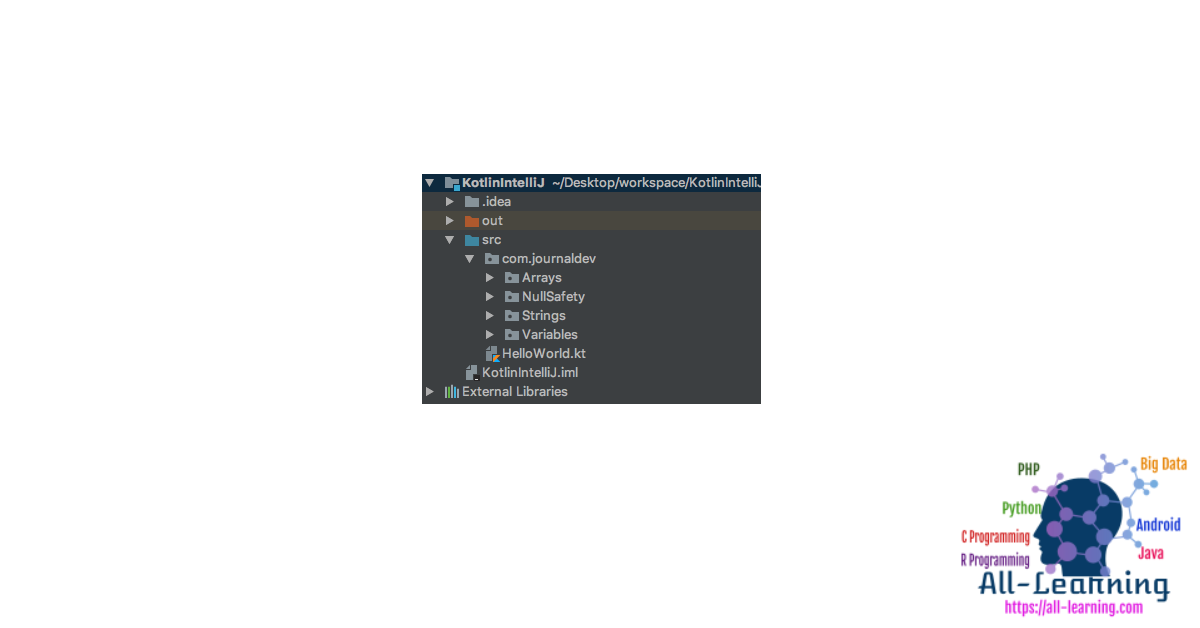 That’s all we’ve got in Kotlin Null Safety. You can download the IntelliJ project that contains the various code snippets we’ve covered in Kotlin so far. Play around with it!