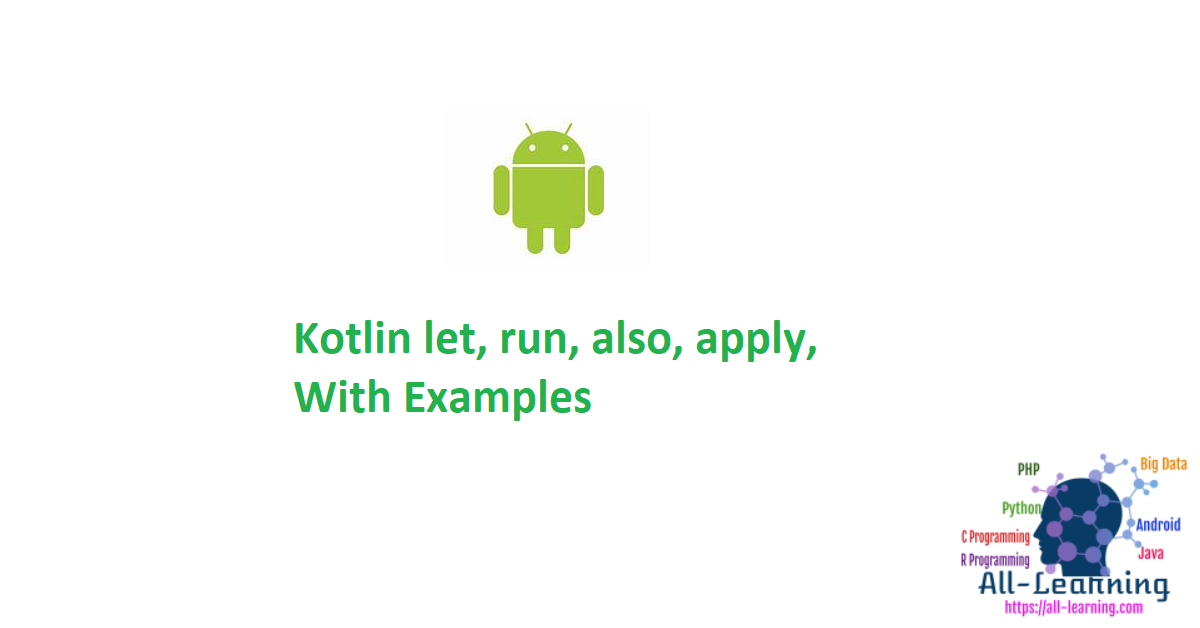 In this tutorial, we’ll be implementing some of the important standard library functions available in Kotlin. The kotlin-stdlib provides us with useful higher order functions implementing idiomatic patterns. We’ll see how they make programming in Kotlin so easier and faster.

The functions that we’re going to discuss below are:

let takes the object it is invoked upon as the parameter and returns the result of the lambda expression.
Kotlin let is a scoping function wherein the variables declared inside the expression cannot be used outside.

An example demonstrating kotlin let function is given below.

it keyword contains the copy of the property inside let.

The last value from the let is returned as an argument as shown below. 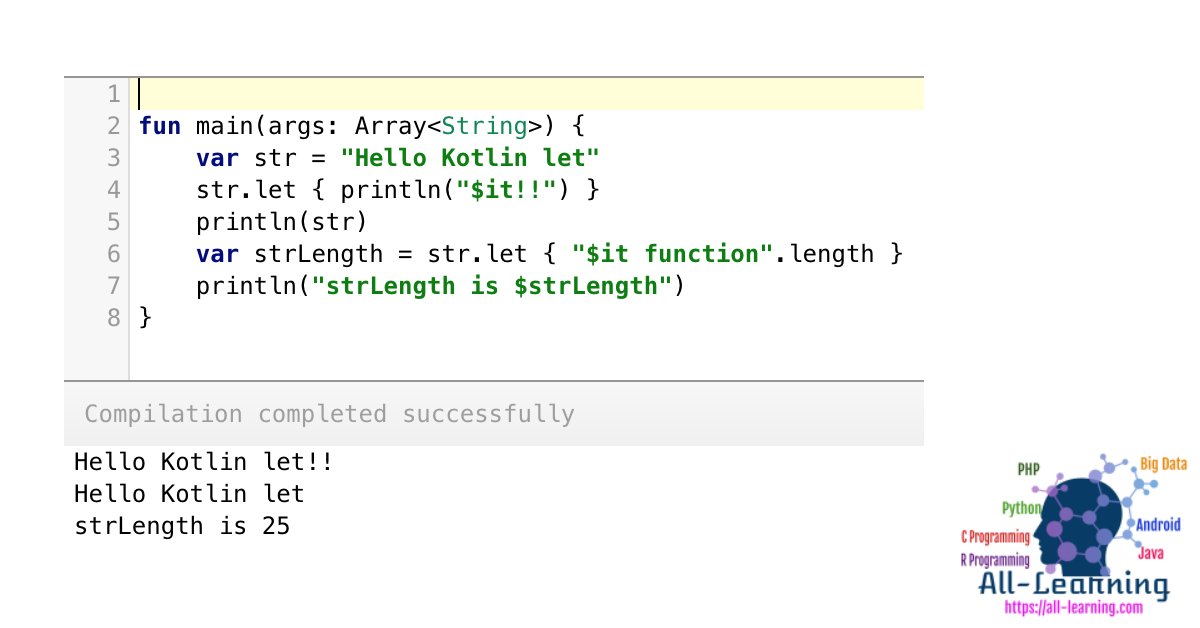 As you can see we’ve declared a local variable “i” inside the second let function. Setting the last statement of the let function to i returns the property to the outer property a. 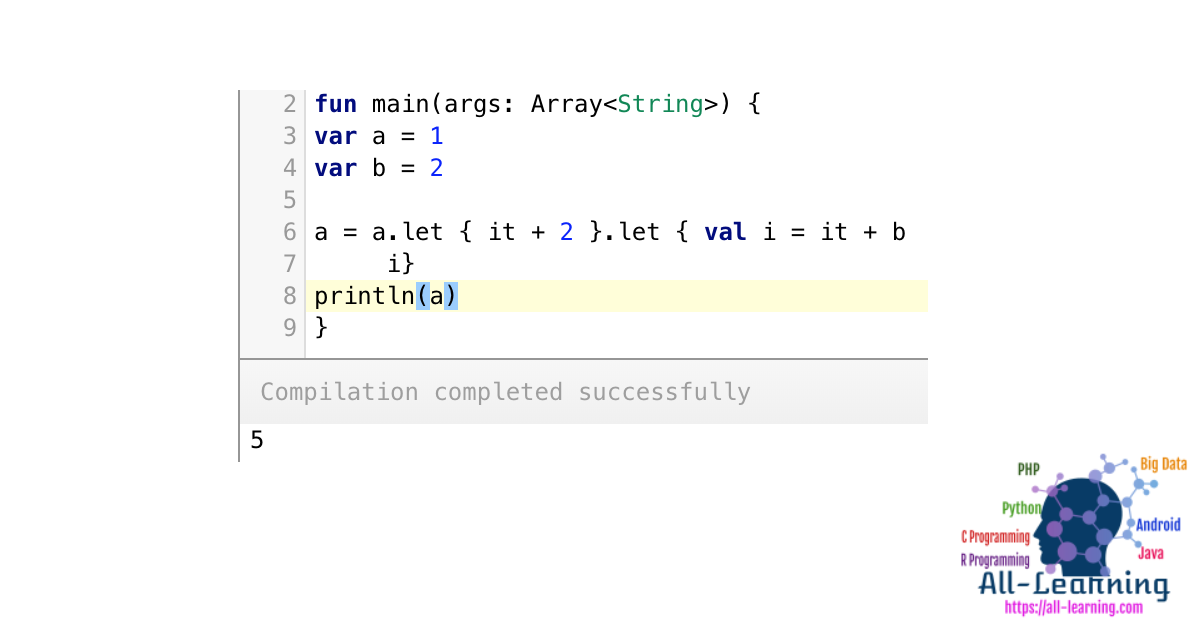 For nested let, we can’t use it keyword. We need to assign explicit names to it in both the let functions.
Only the outermost let returns the value as shown below.

Additionally, let is useful for checking Nullable properties as shown below.

The code inside the let expression is executed only when the property is not null. Thus let saves us from the if else null checker too!

Kotlin run is another interesting function. The following example demonstrates its use cases. 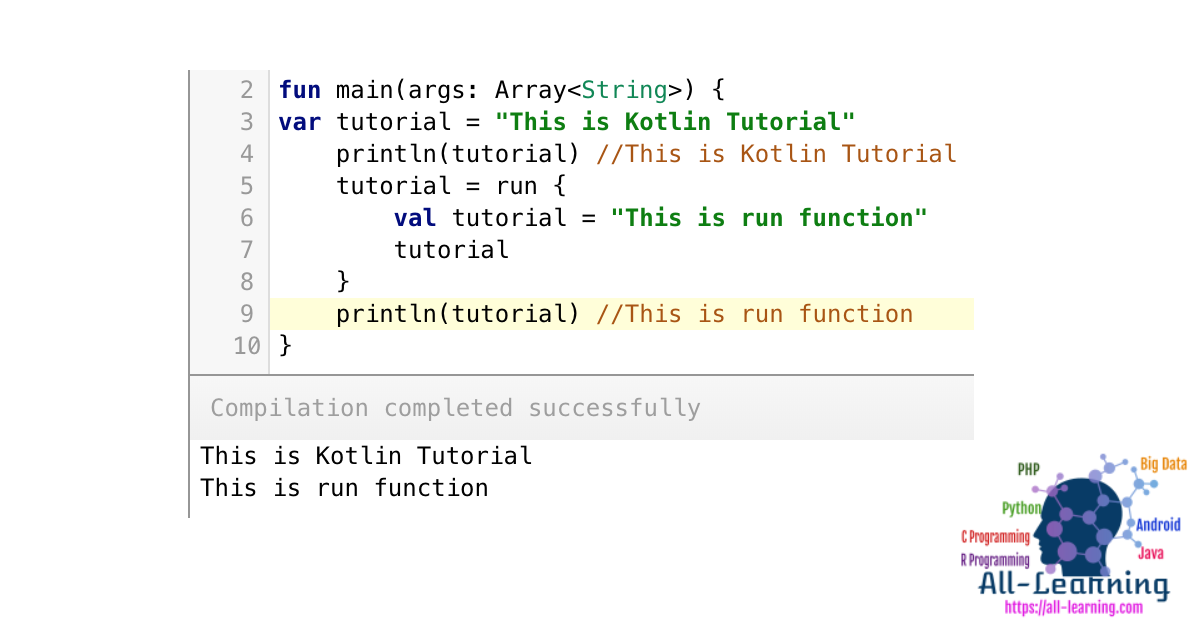 Kotlin run expression can change the outer property. Hence in the above code, we’ve redefined it for the local scope.

Let’s combine the let and run functions together.

As the name says, also expressions does some additional processing on the object it was invoked.
Unlike let, it returns the original object instead of any new return data. Hence the return data has always the same type.
Like let, also uses it too.

Following code snippet shows a great example to differentiate between let and also. 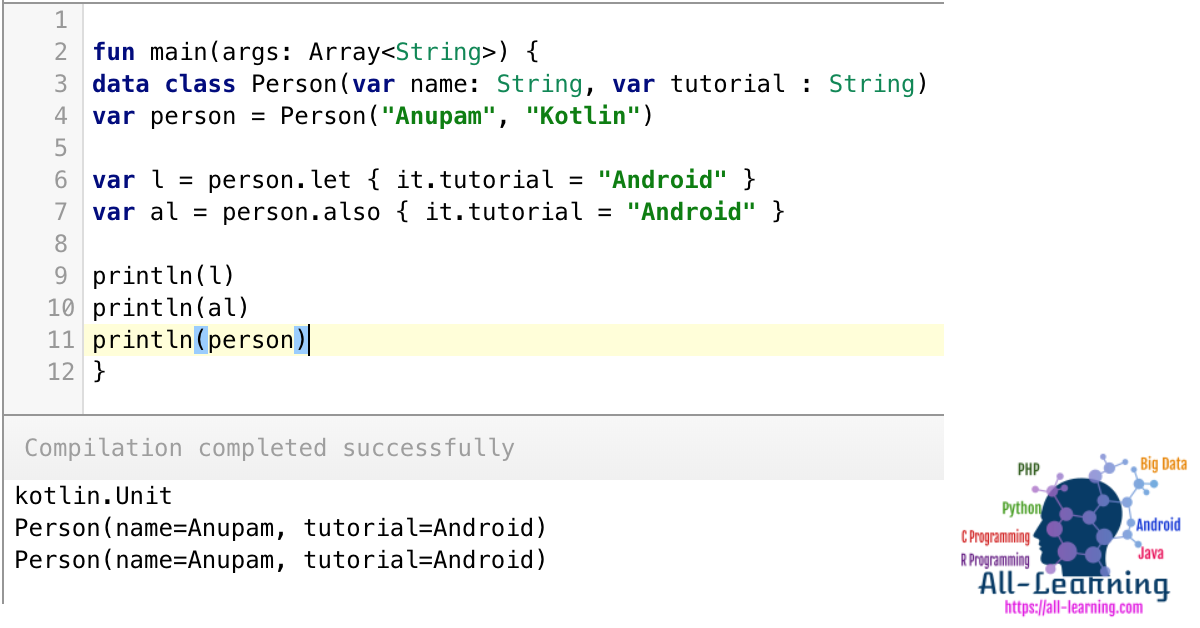 In the above code, we’ve used Data classes.

Note: In apply it isn’t allowed. If the property name of the data class is unique in the function, you can omit this.

We should use also only when we don’t want to shadow this.

Like apply, with is used to change instance properties without the need to call dot operator over the reference every time.

Again with is similar to apply except for a few differences.

Kotlin apply vs with

That’s all for Kotlin standard functions to alter variables or modify objects within the function.