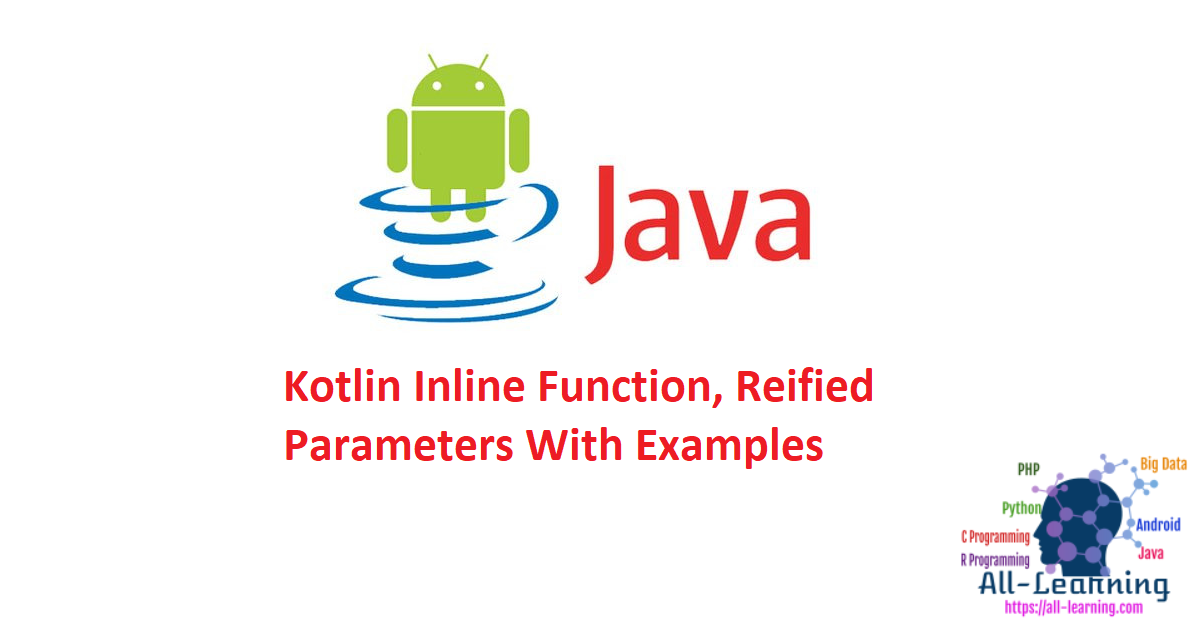 In this tutorial, we’ll be looking into Kotlin inline function. We’ll follow that with Reified Type Parameters.

We’ve discussed Kotlin Higher Order Functions and Lambda Expressions before.
They’re super useful in passing functions as parameters. But these functions are objects which have there own callbacks and subsequently memory allocations. Let’s understand how these functions passed as parameters internally work through an example.

sampleFunction when run passes println as the parameter. Now Kotlin is a JVM based language so everything is converted into bytecode. Let’s look at the bytecode of the above code by going to Tools | Kotlin | Show Bytecode. The main part expression.invoke(). Invoking the lambda expression (println) would create an additional call and hence memory. The invoke method looks like this in Java:

Now if we call multiple functions as parameters each of them would add up to the method count and have a HUGE impact on the memory and the performance.

Inline Functions to the rescue!

inline keyword copies the function to the call site. This saves the additional object creation to invoke the parameter function thus saving memory for you.

Let’s look at the bytecode now by decompiling.

Take note: The println lambda expression is expanded in the main function itself in the form of System.out.println. NO more additional calls needed.

Why not make every function inlined?

An example using inline functions is given below:

In the above code, we’ve passed many lambda expressions.
All of these would be copied at runtime.

Following is the generated bytecode in our IntelliJ: 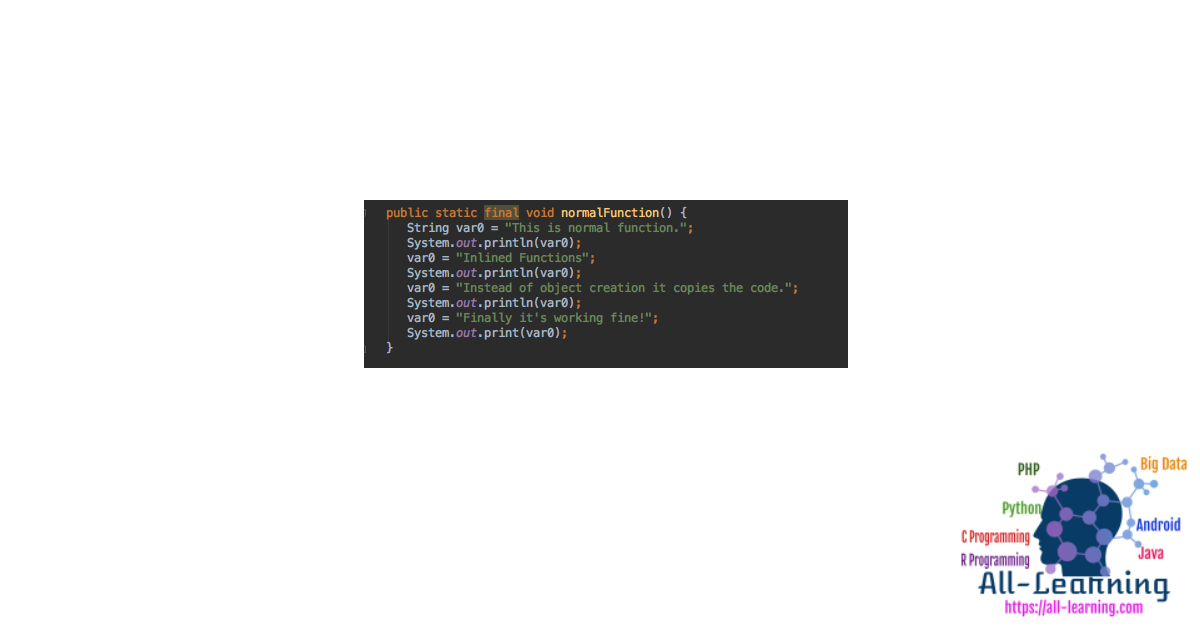 All the println lambda calls are flattened in the normalFunction itself. The output takes lesser memory. 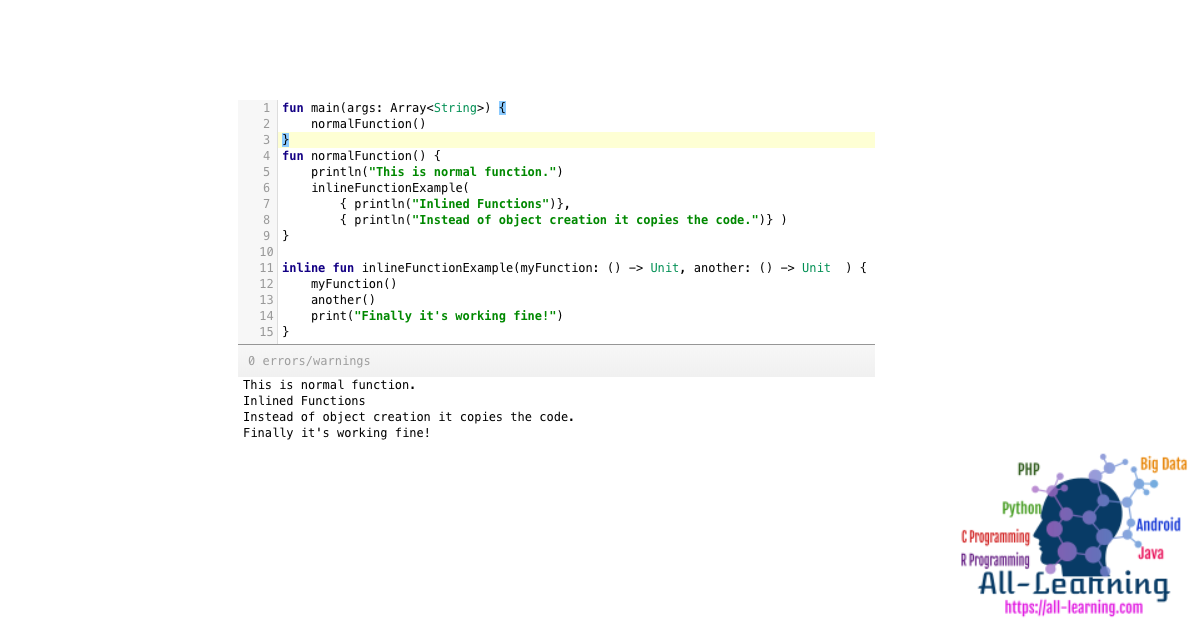 The output that gets printed is : 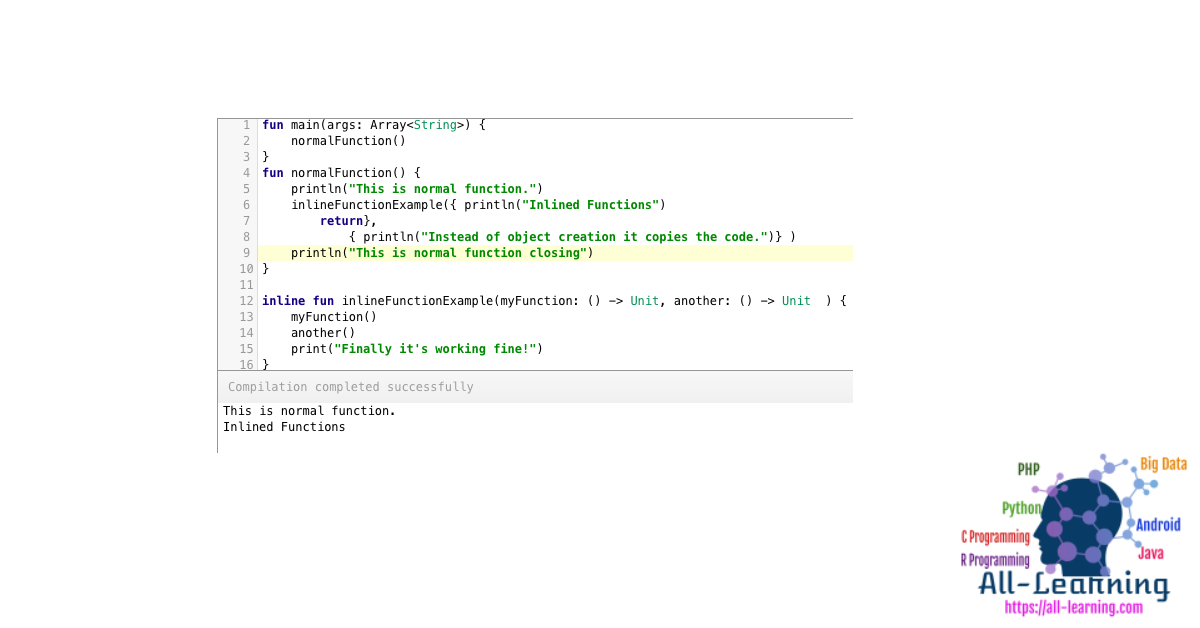 As you can see, the inlined function is exited as well as its enclosing function.
We cannot return from lambda expressions that are a part of normal functions(non inline functions).

noinline modifier is used to set expressions not to be inlined in the call.

We can set inline separately on the get and set methods too.

The following output gets printed: 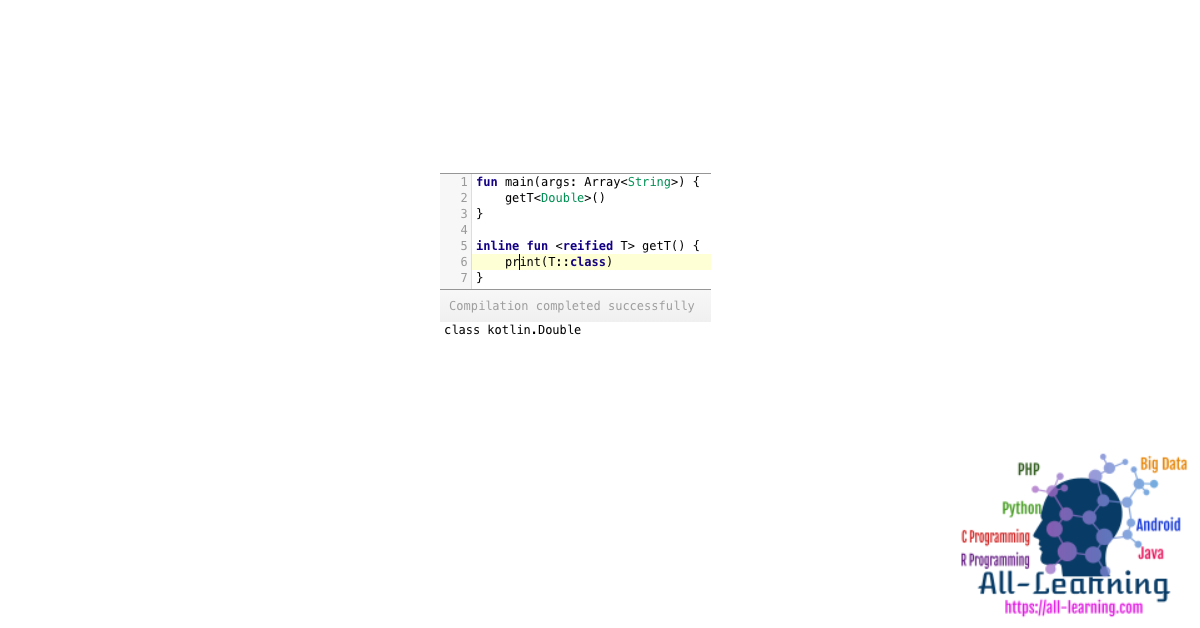 That’s all for kotlin inline functions tutorial, we will look into more Kotlin features in future tutorials.