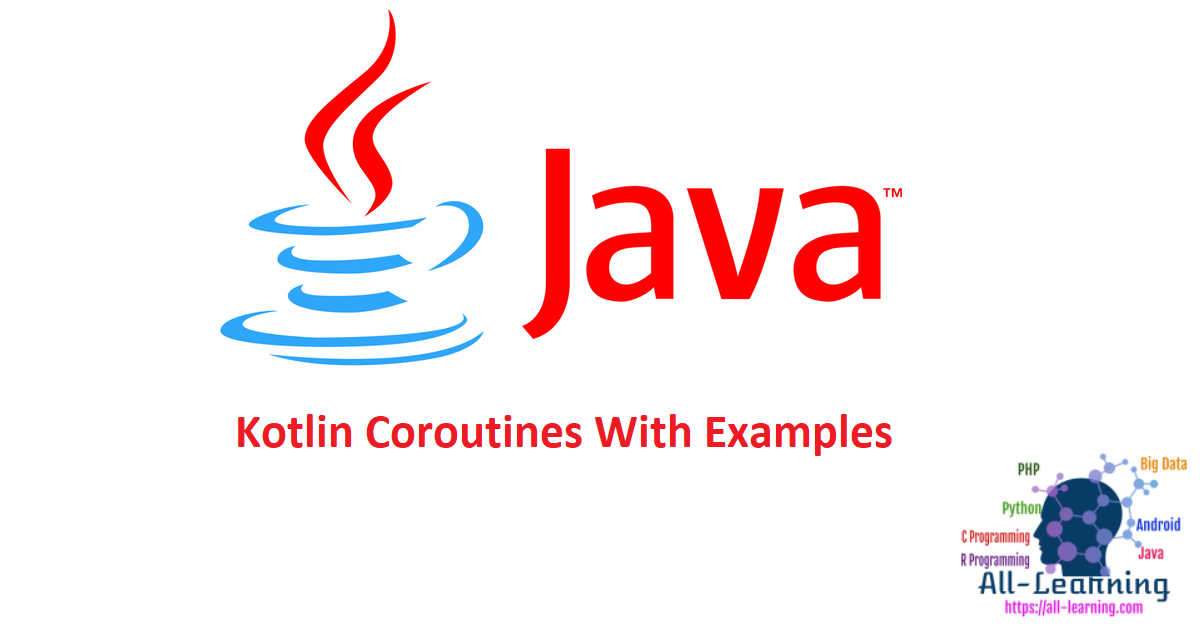 In this tutorial, we’ll be looking into Kotlin Coroutines. Coroutines is a vital concept since asynchronous programming is the way to go over the traditional blocking a thread and polling stuff.

Concurrency is vital in programming. Running different tasks on different threads. But sometimes, we as developers can get carried away and create too many Thread objects which would eventually consume a lot of memory and time. Thankfully, Kotlin has introduced Coroutines which are light-weight threads.

By light-weight threads we mean, Coroutines take less memory and time compared with the default Java threads.
Coroutines though currently in the initial stages only, has a powerful set of libraries which we can use to make the computation stuff easy.

Coroutines computations can be done without blocking other threads.

Suspending Functions is the answer to it.

Suspending functions are introduced with Coroutines and allow us to start the function from where it left off. This aids further in memory optimizations of the CPU and multi-tasking.

Unlike blocking a thread, suspending functions are less expensive and do not require a context switching.

A suspending function can be created by adding the modifier suspend to a function.

await is a suspending function.

The equivalent for Thread.sleep is delay function.

The output of the above code is: 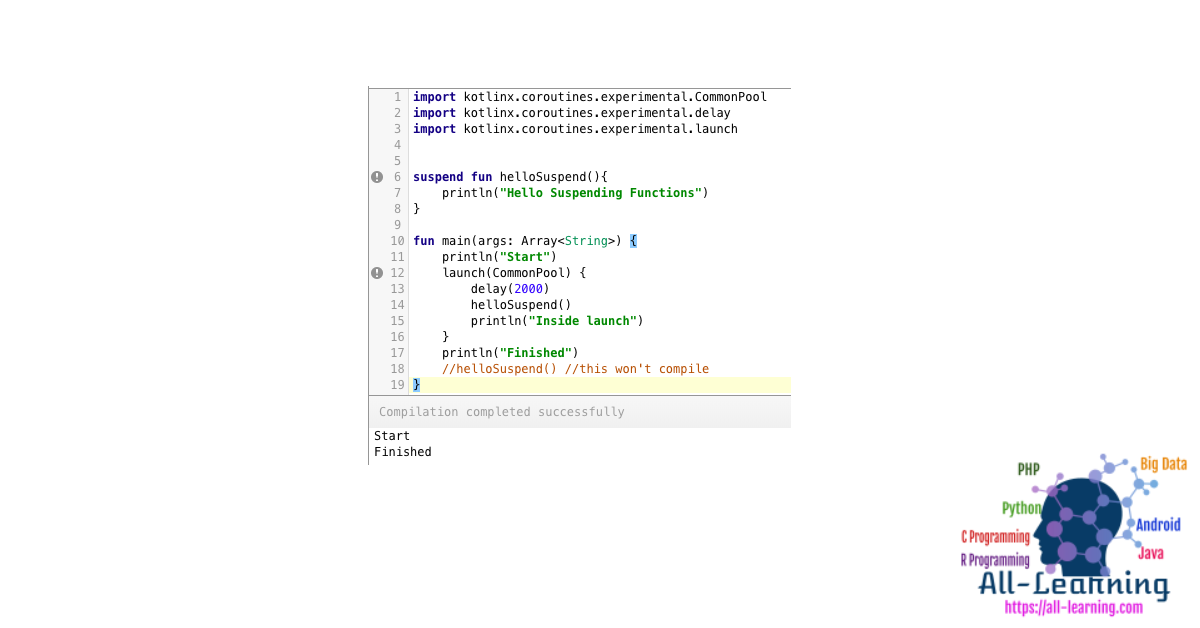 The helloSuspend method isn’t run since the function just fires and forgets.

We use the join function which waits for the completion.

The output now is:

Difference between join and await.
join waits for completion of launch.

await looks for the returned result.

In the following section, in our IntellIJ we’ll be creating an application using Coroutines that fetches url data asynchronously.

Create a new Gradle Project in your IntelliJ:

In your build.gradle add the following dependencies:

Add this block too: 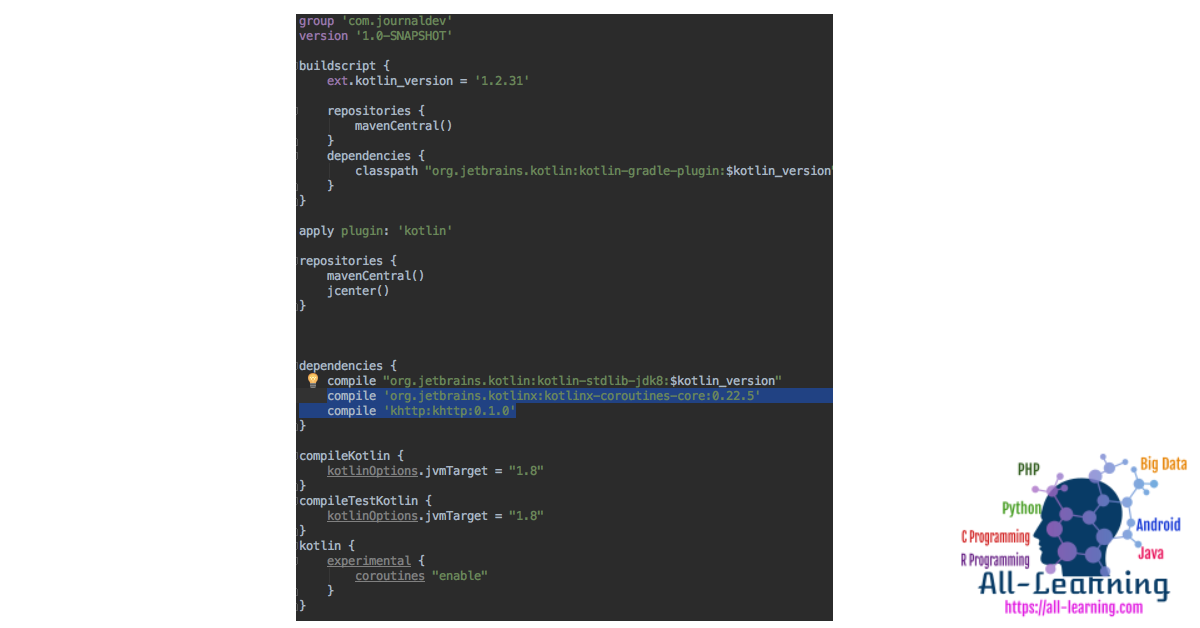 Create a new Kotlin file in the Kotlin folder.
IN the following code, we fetch the url’s content through an async coroutine.

Following is the output: