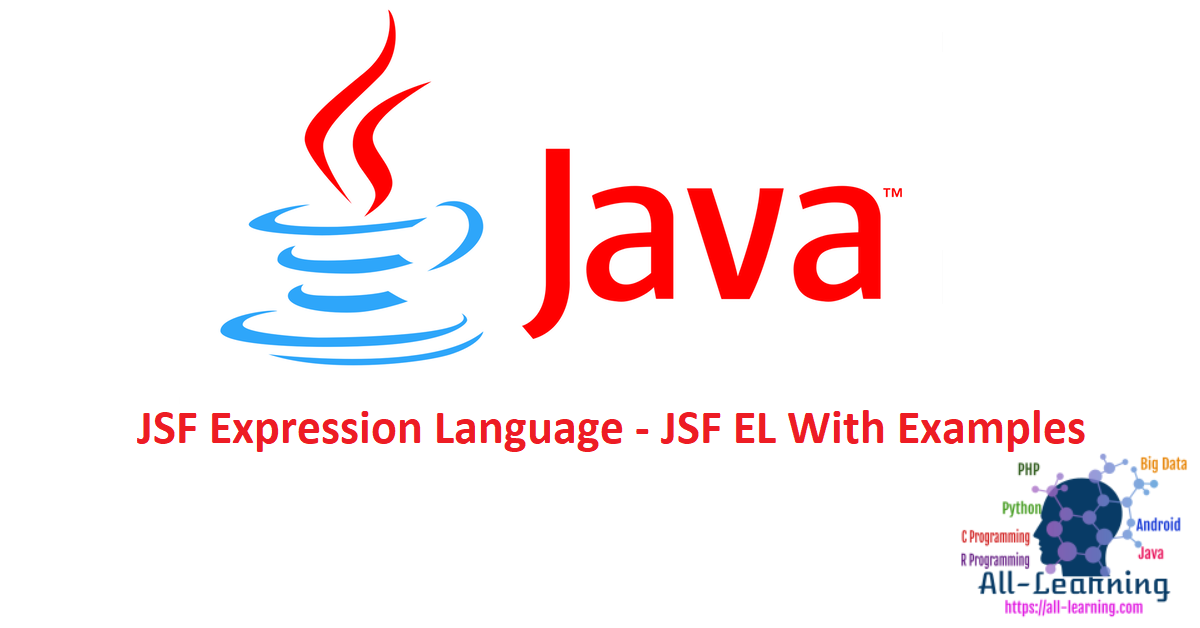 Immediate expressions are evaluated and results are rendered as soon as the page is displayed initially. The syntax for immediate evaluation is

Immediate evaluation expressions can be used within a template text or as tag attribute value that accepts runtime expressions. These type of expressions are read-only.

Deferred expressions are evaluated during the lifecycle phase whenever it is needed. The syntax for deferred evaluation is

Deferred value expressions can be of two types

For example, if we want to fetch the name of the car from the managed bean

This expression refers to the managed bean component named “car”. While evaluating this expression the container searches for car in the page, request or session and returns the value. If the car is not found then the value returned is null.

Assuming there is list named carnames containing the following values,

To access the managed bean properties, elements in a collection or implicit objects we use . or [] notation.

In order to access element from a Map, then the quotes should be specified as

JSF EL method expression allows user to invoke a public method of the bean that returns the result. Method expressions are necessary for validating the data component and handling events.

Consider an example of invoking a method in a bean

Here on click of “Add Details” button we invoke the add method of the car bean.

The Expression Language supports the methods with parameters. Parameters are supported for both value and method expressions.
Consider an example of how to invoke a method with parameters.

Here we are calling the calculatespeed method of bean car by passing parameter speed having the value 70.2.

Now let’s see a simple example where we will see the use of JSF Expression Language.

Create a JSF page car.xhtml as shown below.

Here we are invoking the calculate speed method by passing speed value 45.20 and fetching the values for cname, color and modelno attributes.

Now run the application to see the following output in the browser.

Below image shows the final project structure in Eclipse. 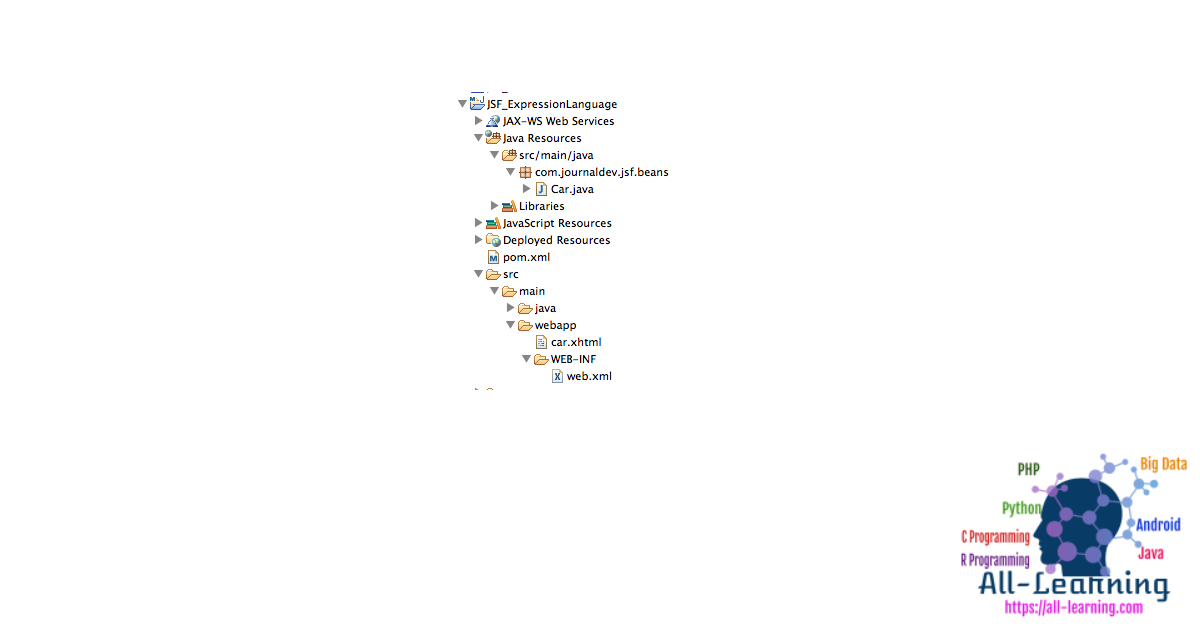 Finally, you can download the JSF EL example project from below link and play around with it to learn more.