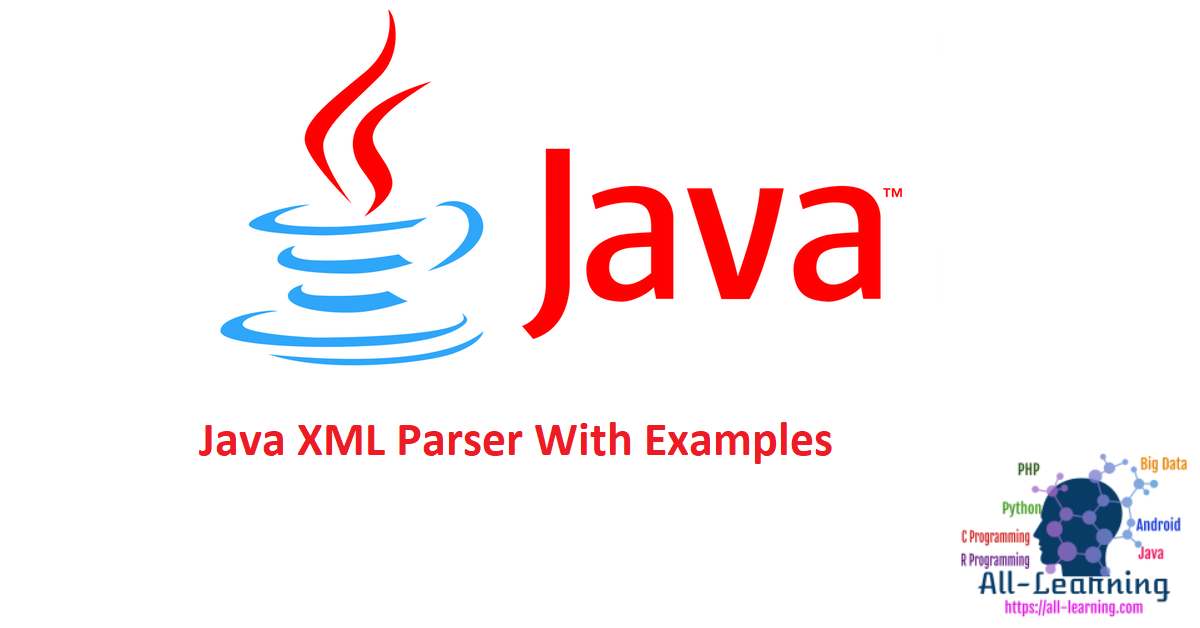 Java XML parser is used to work with xml data. XML is widely used technology to transport or store data. That’s why there are many java xml parsers available.

Some of the commonly used java xml parsers are;

There are some other APIs also available for XML parsing in java, for example JDOM and JiBX.

This java xml parser tutorial is aimed to explore different kinds of XML processing API’s and to learn some common tasks we need to perform with XML such as read, write and edit.

DOM Parser is the easiest java xml parser to learn. DOM parser loads the XML file into memory and we can traverse it node by node to parse the XML. DOM Parser is good for small files but when file size increases it performs slow and consumes more memory.

Java SAX Parser provides API to parse XML documents. SAX Parsers are different than DOM parser because it doesn’t load complete XML into memory and read xml document sequentially. It’s an event based parser and we need to implement our Handler class with callback methods to parse XML file. It’s more efficient than DOM Parser for large XML files in terms of time and memory usage.

Java Streaming API for XML (Java StAX) provides implementation for processing XML in java. StAX consists of two sets of API – cursor based API and iterator based API. I have covered this java xml parser extensively in different posts.

Java Architecture for XML Binding (JAXB) provides API for converting Object to XML and XML to Object easily. JAXB was developed as a separate project but it was used widely and finally became part of JDK in Java 6.

JiBX is a very powerful framework for converting XML data to java object and vice versa. It is very useful in applications integration where XML is the format for data transfer, for example, Web Services and Legacy Systems Integration based on Message Oriented Model (MOM).

I will be adding more java XML parser tutorials here as and when I post more, so don’t forget to bookmark it for future use.