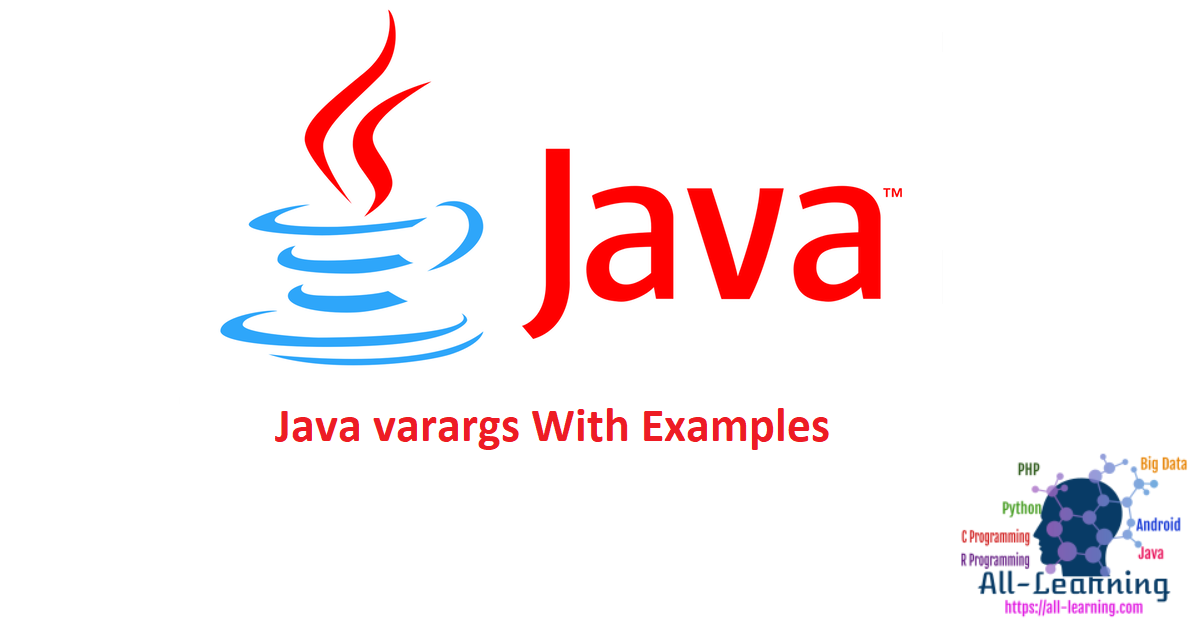 Important points about varargs in java

Few points to know about varargs in java are;

If you will look at both sum and sumArray methods, you will see that the implementation body is exactly same. So we should use varargs when API offers them, for example java.io.PrintStream.printf() method but we should not take it as a replacement for array.

Why we should not overload varargs method

Let’s look at an example why overloading java varargs method is not a good idea.

In above example, you will notice that compiler will not complain when we overload methods with varargs. But when we try to use it, compiler get’s confused which method to use when mapping the second argument.

If there is only one argument, compiler is smart to use first method because it can work with minimum one argument but second method needs at least two arguments. Below image from Eclipse shows the error message as The method sum(int, int[]) is ambiguous for the type VarargsExample. 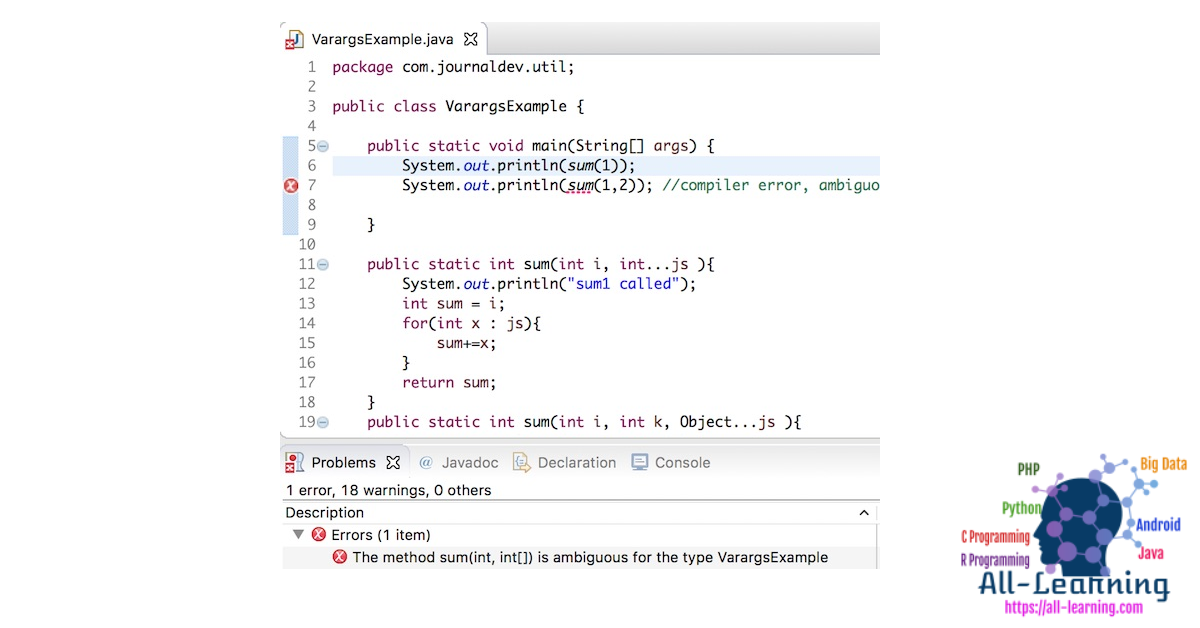 That’s all about java varargs. It’s good to know feature but you don’t need to use it when writing code yourself.