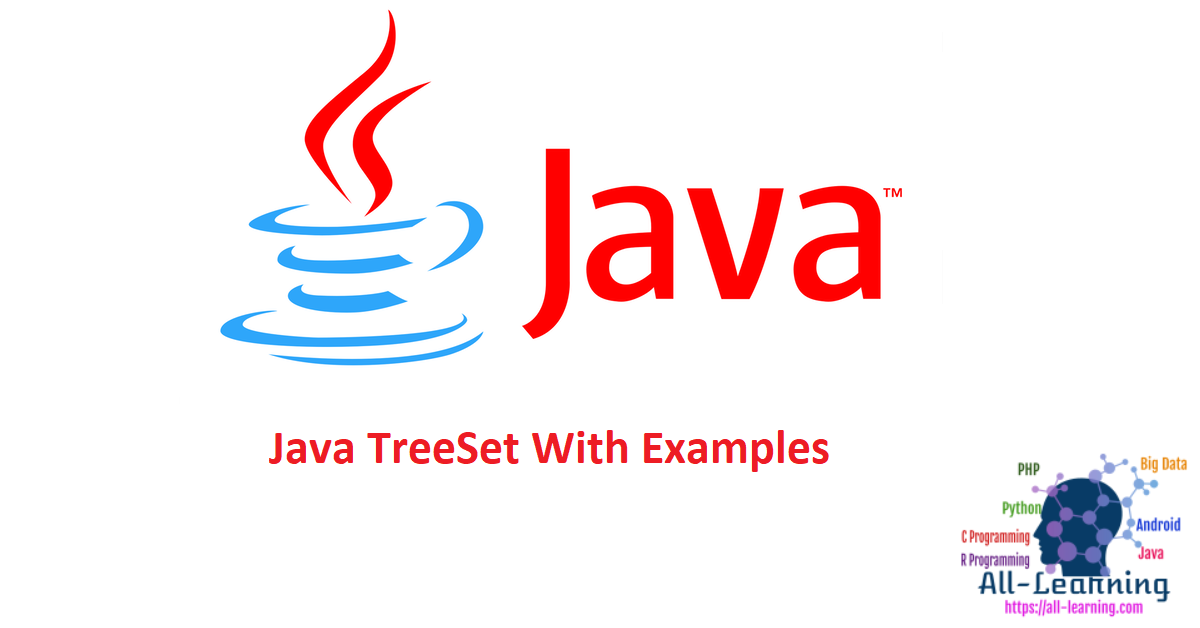 Java TreeSet is the most popular implementation of java.util.SortedSet. SortedSet is an interface that extends java.util.Set. Java Sorted Set provides total ordering on its elements.

In other words, while iterating the TreeSet, we can expect sorted data. Java TreeSet elements are ordered as per their natural ordering or we can provide a Comparator while creating SortedSet. If we don’t provide specific Comparator during set creation, elements must implement the Comparable to ensure natural ordering.

TreeSet is very popular implementation of SortedSet. As per specification, all sorted set implementation classes should provide 4 types of constructors.

Unfortunately, interfaces can’t contain constructors. So, there isn’t any way to enforce these recommendations.

Output of the above java TreeSet example code will be like below image. 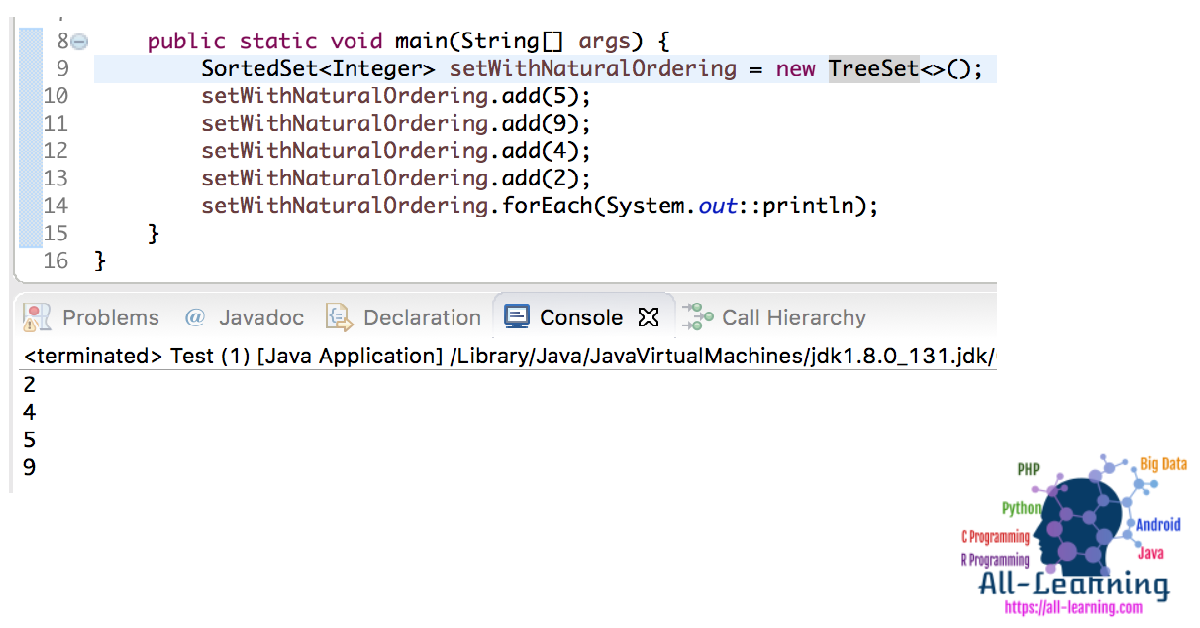 Now, we’ll create a sorted set with objects of Person class. To, provide natural ordering Person class should have implementation of Comparable interface.

To provide different ordering, we need to pass custom comparator implementation while creating sorted set. For instance, let’s sort set according to the id attribute of Person class.

We can also create sorted set by passing another collection object or a different sorted set.

In both the cases we get following output:

SortedSet certainly gets some extra privileges as compared to Set because of its sorted nature. As you might have already guessed, apart from inherited methods from the Set interface, it also provides a few additional methods.

Let’s explore these methods with an example. We’ll create a sorted set by passing a comparator. Here, comparator() method will return the same comparator:

Now, let’s find subset using subSet(from, to) method. Note that the changes made on subset are reflected on the original set as well.

Simillarly, let’s check out other methods:

That’s all for Java TreeSet or java sorted set.