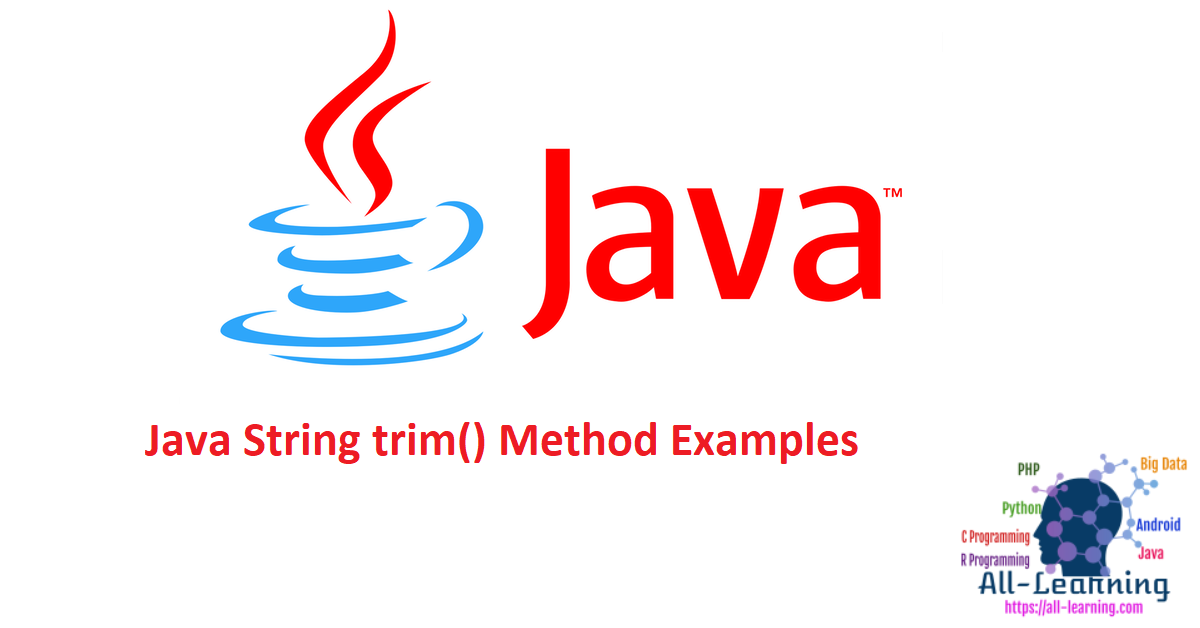 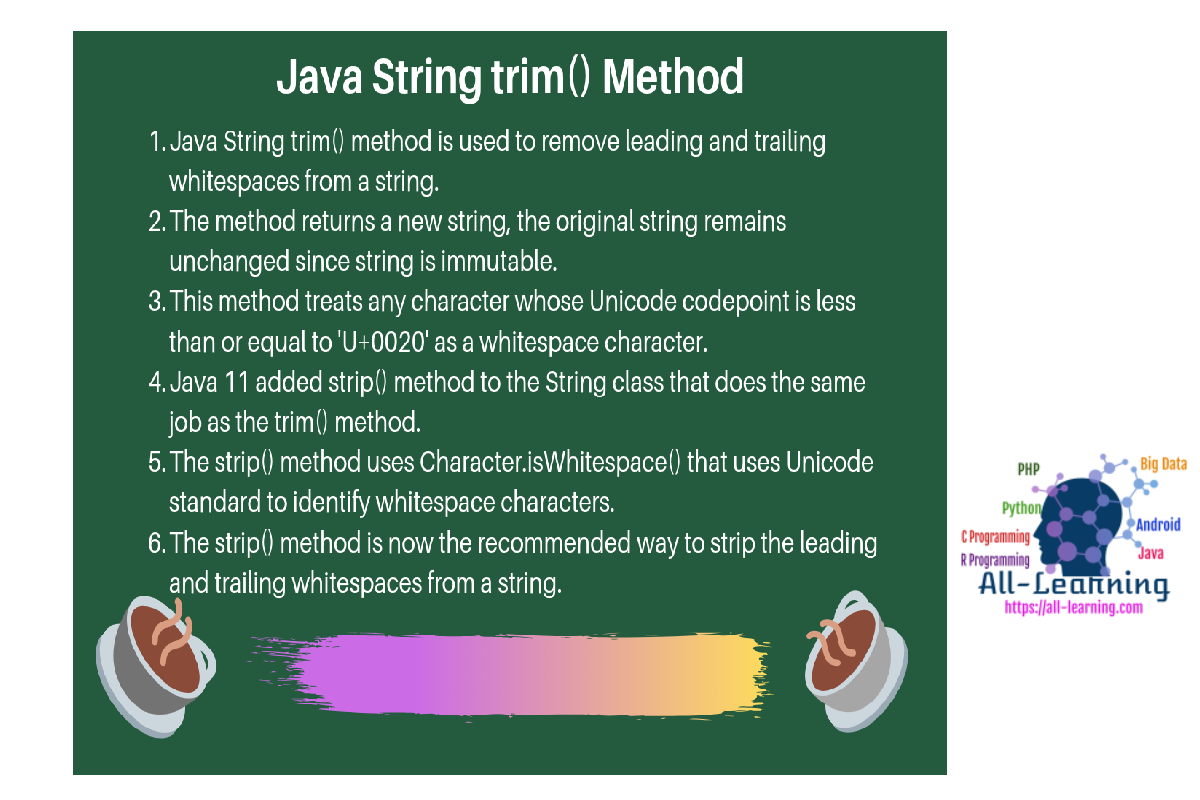 Java String trim() method is used to remove leading and trailing whitespaces from a string. This method treats any character whose Unicode codepoint is less than or equal to ‘U+0020’ as a whitespace character.

Let’s look at a simple example of String trim() method.

I am appending a few non-whitespace characters while printing the string so that the difference is clearly visible in the output.

Let’s look at another example using the JShell interpreter.

Java 11 added many new methods in the string class. One of them is the strip() method that does the same job as the trim() method.

The strip() method is the recommended way to remove whitespaces because it uses the Unicode standard.