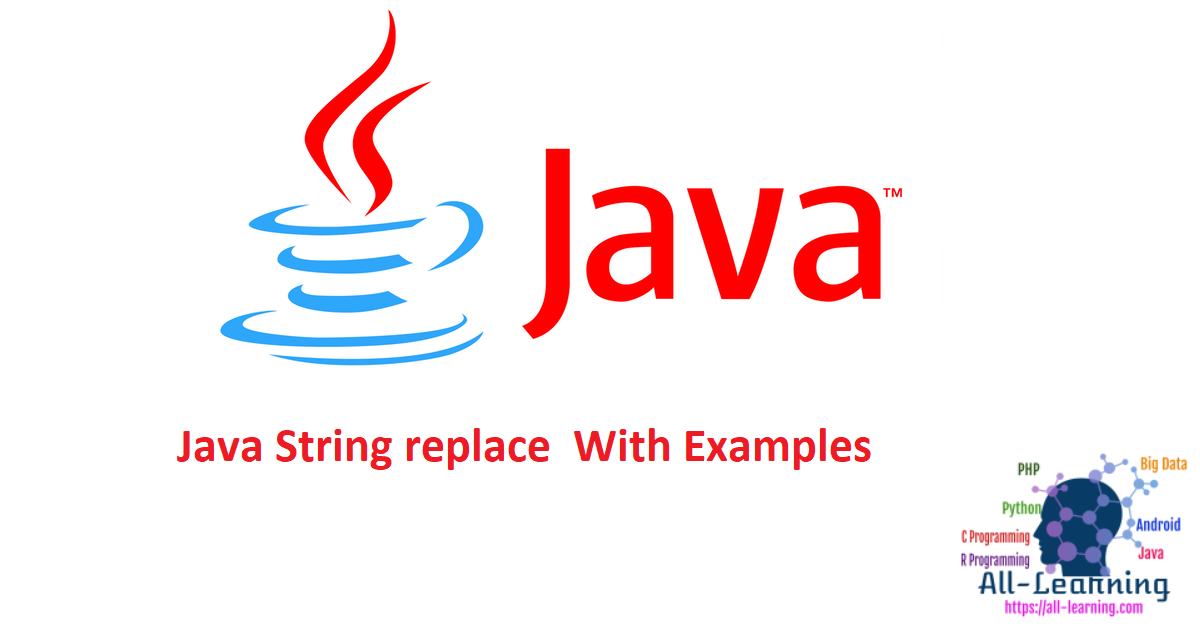 Java String class has four methods to replace a substring. Two of these methods accept regular expressions to match and replace part of the string.

One of the popular use case for character replacement is to change a delimiter in a string. For example, below code snippet shows how to change pipe delimiter to comma in the given string.

Let’s look at java string replace method example to replace target string with another string. I will take user input from java scanner class for source, target and replacement strings.

Below image illustrates the output of one of the execution of above program. 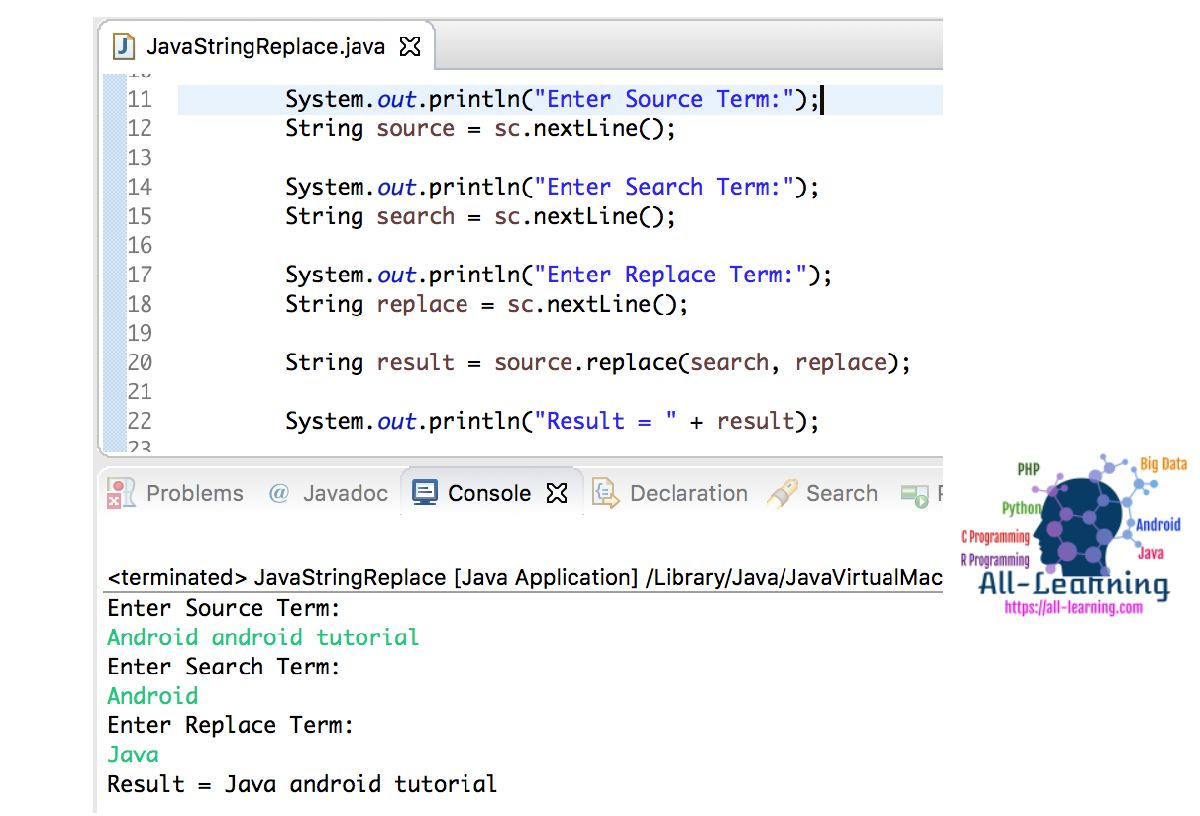 If you notice above program output, target string should be an exact match for replacement. Sometimes it’s not possible because the input string may be different because of case. In this scenario we can use replaceAll method and pass regular expression for case insensitive replacement. Let’s look at a simple program where we will match and replace string with case insensitivity.

Did you notice the prefix (?i) to the search term? This is to pass regex to match strings with case insensitive way. Below image shows the output where both “Android” and “android” terms are getting replaced with “Java” because we used replaceAll method. 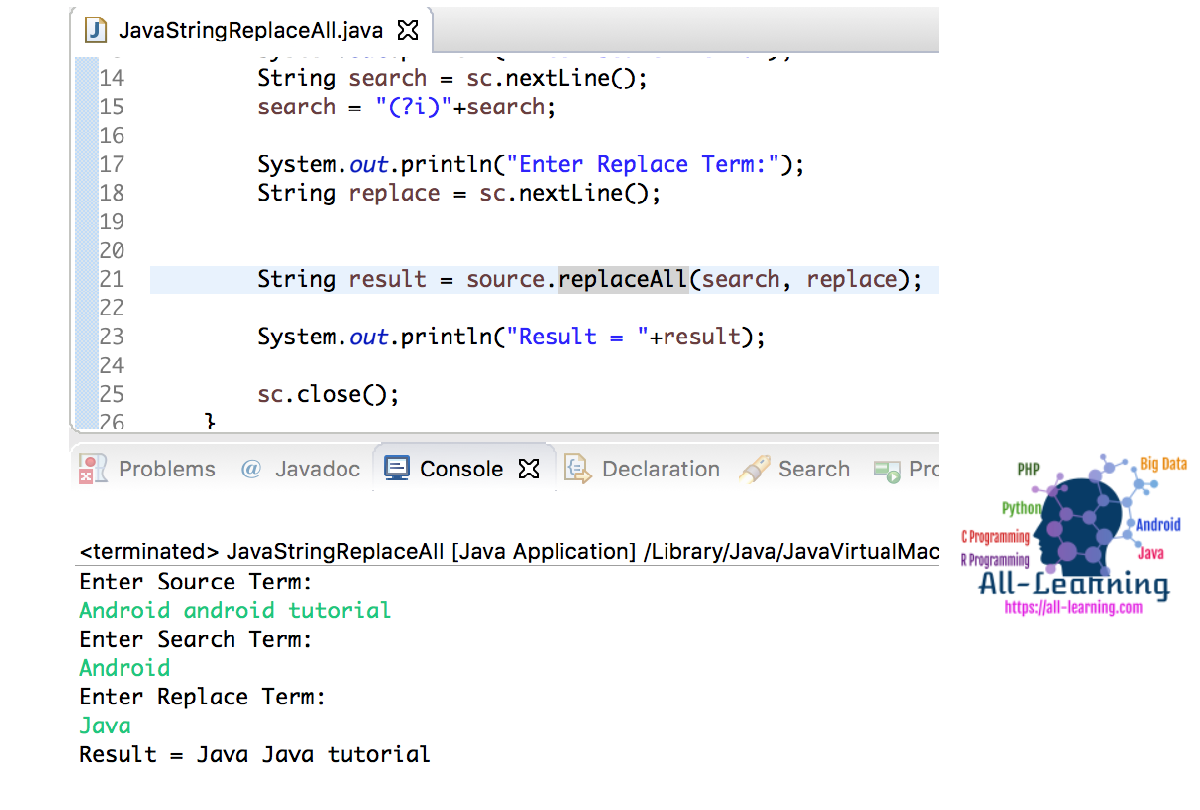 That’s all for java String replace methods with example code.