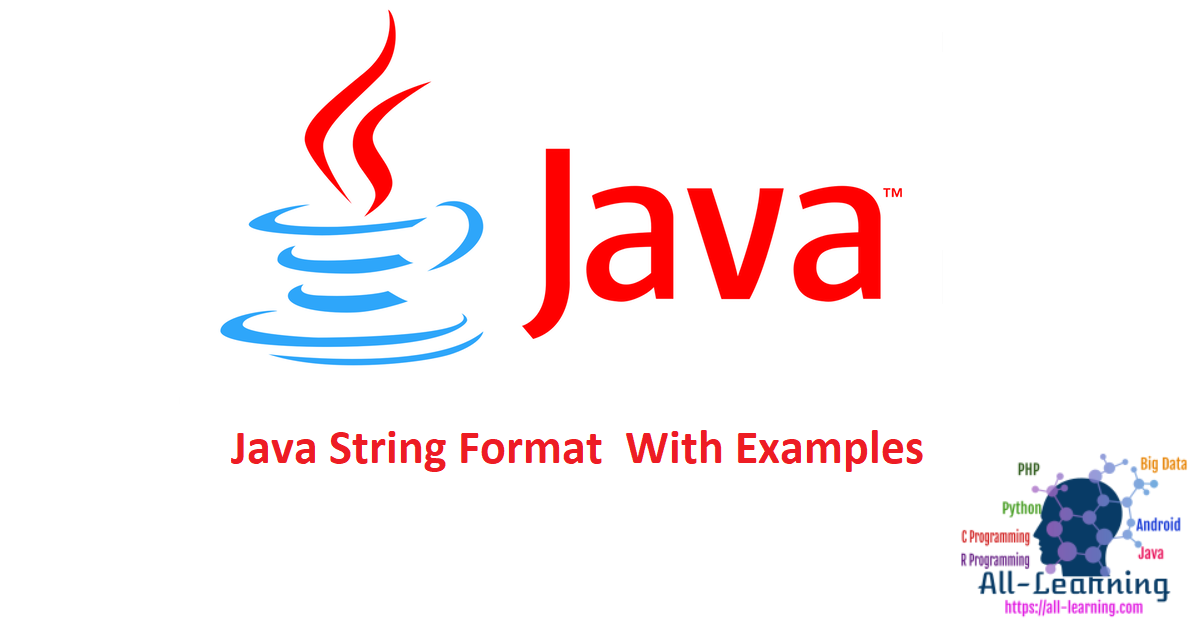 Java String format allows us to put things in particular way or order. There are many ways for string formatting but it’s not so popular because most of the time we need simple conversions that can be done with string concatenation. Today we will look into java string format examples.

Let us look at how a simple String format method looks like.

Above one liner code will output as:

The same thing can be achieved as "My name is "+"John" and here we don’t even have to remember all the different specifiers. However String formatter is a better approach because of following reasons:

The String.format() method returns the formatted String based on the format String and the arguments provided to the method.

In the example above, “My name is %s” is the format string. It contains a format specifier “%s” which tells how the argument should be processed and where it will be placed in the output.

The format method also uses locale for formatting a string. If the locale is not specified in String.format() method, it uses default locale by calling Locale.getDefault() method.

There are situation and scenarios when we would like to have formatted string appear on the console; the usage of it can vary from debugging to better readable code. In order to get formatted strings on console we need to use the following methods.

printf() and format() methods behave in the same way. The examples for the above mentioned methods are provided below.

We can use formatter with StringBuffer and StringBuilder as well.

Lets take a look at the available conversion specifiers along with their examples.

Conversions denoted by upper-case character (i.e. ‘B’, ‘H’, ‘S’, ‘C’, ‘X’, ‘E’, ‘G’, ‘A’, and ‘T’) are the same as those for the corresponding lower-case conversion characters only difference is that the result is converted to upper case according to the rules of the locale.

Example: %tA will result in full name of the day of the week.

The minimum number of characters required as the output is considered as the width. An exception will be thrown for line separator conversion as width is not applicable or it.

Precision is the maximum number of characters to be written to the output for integer and String.

An exception is thrown for character, integral, and date/time argument types and the percent and line separator conversions as precision is not applicable for these types.

The argument index is a decimal integer starting after “%” sign and ending with “$” sign. The position of the argument in the argument list is decided based on the value of the integer.

Till now we have observed the various conversion specifiers and the usage of them. In this last section let us check some additional miscellaneous conversions.